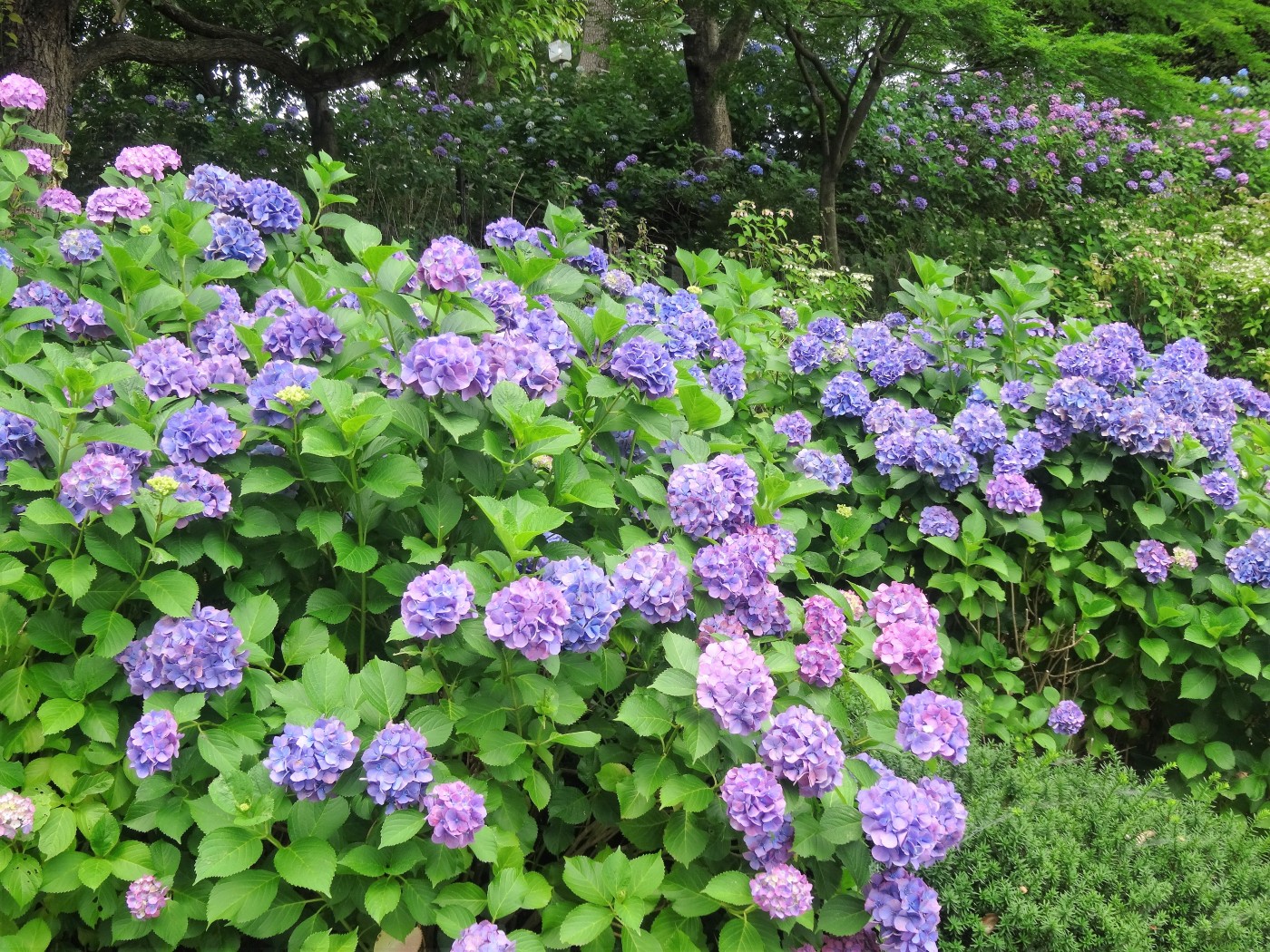 Here we are, entering the month of June … and while the rain seems to be absent on the horizon this week, the sixth month of the calendar traditionally marks the start of tsuyu, or rainy season.

Sure, it’s a time of humidity and hair frizz (or hair flatness, if you’re me), but a highlight of rainy season are the beautiful hydrangeas that bloom across the archipelago.

While some spots are notably popular for their large scale hydrangea blooms (and I’ll write more about those later), you can enjoy some ajisai (the Japanese word for hydrangea) without ever living the borders of the Japanese capital.

This small shrine in Bunkyo Ward flies under the radar most of the year, visited mostly by people seeking solace from dental issues. June brings a splash of color to its surprisingly spacious grounds, when around 3000 hydrangeas bloom both in front of the main hall and in the park at the rear. There is also a hydrangea “Mt Fuji”, a hill of flowers that can only be accessed in the blooming season.

Asukayama was once one of the Edo Period’s most famous cherry blossom viewing spots, but this park just outside Oji Station is also known for its hydrangeas. The best spot to view them is along “hydrangea road”, a narrow lane that runs along the base of the park, between the park’s greenery and the train tracks.

Just steps from Tamagawa Station in southern Tokyo, this hillside park is covered in hundreds of hydrangea bushes. From the upper slopes, you can also get a good view of the Tama River and the Kawasaki area to the south. The park has a handful of pavilions that are perfect for picnics.

With wide open spaces, this is the place to head when the skies are clear for shots of hydrangea framed by blue skies. The best flowers seem to cluster on the western half of the island, notably along the waterfront near Aomi Station and in Symbol Promenade Park.