I’ve mentioned it before, but libraries are one of my favorite places. So of course, one of the first places I went in southern California was the library closest to my house. Sticking out at the end of one o the shelves was a title I had never actually come across before – Yuki and the One Thousand Carriers by Gloria Whelan.

Yuki is a girl who seemingly lives in Kyoto. Her father must be a daimyo (feudal lord) and they are required to travel to Edo (Tokyo) to see the shogun. The entire family travels with their thousand “carriers”, or porters, along the historical Tokaido road to reach the capital of Edo (now Tokyo). 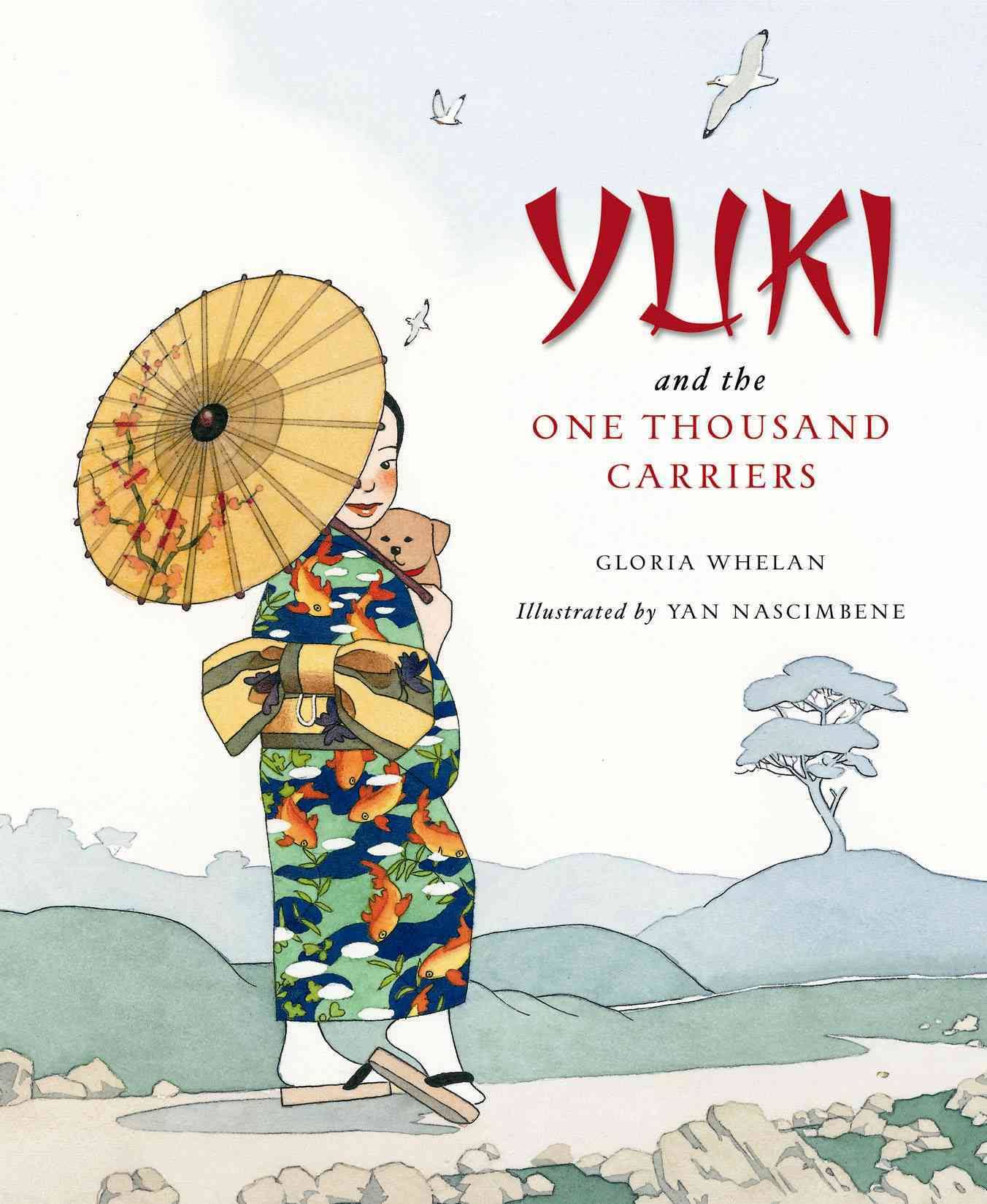 I really want to like this book and there are parts about it that I do. According to the dust jacket, Whelan wrote this story after being inspired by an exhibit of Hiroshige’s Fifty-Three Stations of the Tokaido Road. Some of the illustrations are very reminiscent of those prints and beautifully depict the varied journey that Yuki and her family would have taken. Whelan tells Yuki’s journey with prose, but intersperses it with haiku, just little snippets that lyrically describe the trip. Readers familiar with Japan will also recognize some of the landmarks Yuki passes, including Mt Fuji and Nihombashi, the bridge that once led into Edo.

So what don’t I like about this book? Well, admittedly, it started on page 2. Whelan writes an introduction to her story, referencing – without actually stating the specific term – the practice of sankin kotai, which was an edict in the Edo Period that required daimyo to spend either six months or a year in the shogun’s capital. The other half of the year (or every other year, in the case of far-flung daimyo) was spent in the lord’s home province. Whelan’s explanation, however, states that these feudal lords spent half of their year in Edo, and the other half in Kyoto. As an explanation, it’s patently untrue (unless you happened to be a daimyo from Kyoto!) and it bothered me that no one had bothered to just crosscheck the basic premise of the book.

The same issue nagged me with the repeated use of the word kimonos. It’s a minor point, but in all of the articles I’ve written on Japan in the past few years, one thing my editors always stressed was that kimono  in plural is always kimono. Merely an oversight, but one that makes me question again why no one familiar with Japanese culture looked over the text before publication.

Is that enough for me to withhold a recommendation of the book? I’mm on the fence. The premise is interesting, the illustrations are nice and it can prompt some good discussions on moving, embracing new journeys, etc. I wouldn’t put it at the top of my reading list, and I can only hope they publish a second edition with a corrected foreword but it’s still worth perhaps 3 out of 5 stars.