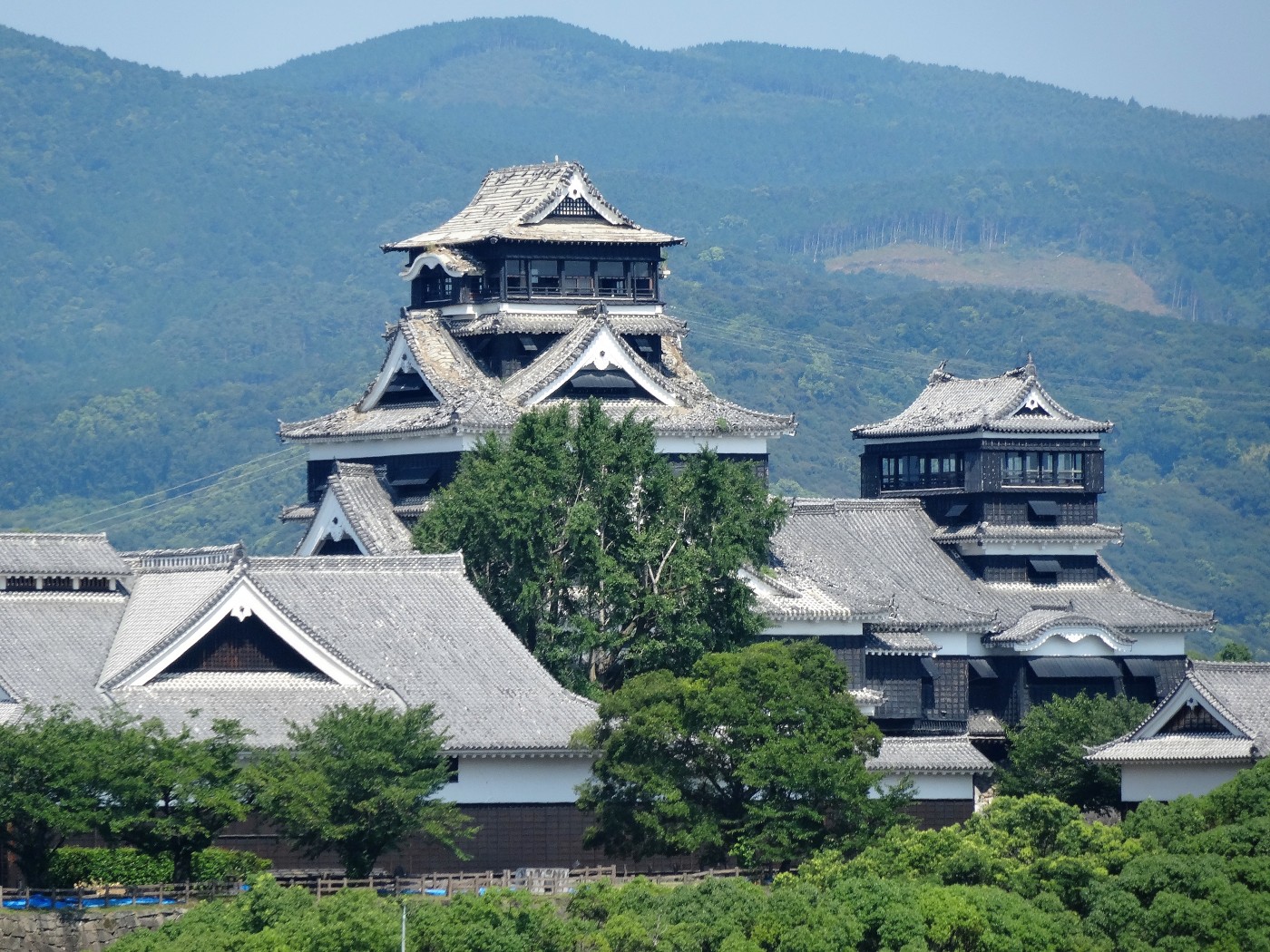 If you follow the Uncover Japan facebook page at all, you may have seen that this past weekend, I returned to Kumamoto for the first trip since the earthquake. Our time there in late March and early April was wonderful, filled with visits to friends’ homes, trips to Kurokawa Onsen (my favorite place in Japan) and many “Ah, do you remember that??” moments.

This trip was, in a sense the same – visits to friends’ homes and many walks down memory lane were also on the agenda. But they were often colored by the traumatic events of April 14th and 16th. Kumamoto is indeed recovering, and so are the people. But the earthquakes are never far from anyone’s minds and life is certainly not the same.

It’s evident as soon as you arrive at the airport. Exiting from baggage claim, we turned left to go to the rental car desks. Only a plastic sheet hangs there now and a large chunk of the middle of the airport (on both levels) remains off limits.

The roads downtown are fixed but traffic-filled. The traffic was TERRIBLE, worse than we ever remembered. So many stores outside the center are still closed, even the two main AEON malls (found that out the hard way), that we began to wonder exactly where everyone was going. Out in the Mt Aso area, much of the main road between Ozu and Aso town (north of the craters) is still closed. You can get to Aso town, but it takes some detouring. (Rental car counters have maps. Road detours are signed mostly in Japanese.)

Blue tarps cover many homes in the city, becoming a more common sight the further to the east you go. For some, it’s merely a waiting game. Their house has been deemed safe, the insurance will pay, but the repair firms and craftsmen are so busy, the waiting times stretch into months and even years. There are also some who fear help from outside Kumamoto, as they feel other prefectures’ companies might charge more or might not have the same level of expertise.

Temporary housing is mostly out of sight but still remains. Small housing units still stand in the park across from my daughter’s old school. The excellent children’s play center downtown where we spent many days just reopened but only its first and second floors. The fourth is being used as temporary living quarters.

Our friends in Mashiki are well and, for the most part, in their homes. Only my best friend’s mother can’t return to her beautiful century-old farmhouse and has to live next door with her daughter, perhaps for the next two years. But they are so so very lucky, compared to some. Many houses on the main road through Mashiki are tilted, like someone setting up for a model display forgot to smooth out the ground underneath first. Other houses are simply a pile of rubble. The gas station at the edge of Mashiki is a forlorn pile of twisted girders. When I got gas there once, they gave my daughter a lollipop.

It’s safe to go to Kumamoto, but emotional. The castle still looms on the horizon but you can’t go in the grounds. The walls sag and the turrets are mostly gone. We felt no aftershocks at all but all of our hotels had multiple warnings on what would happen in the event of a quake. The restaurants promise full menus again and the city is eager to welcome visitors. This past weekend, a yukata festival livened up the downtown shopping arcades. I hardly saw any shuttered businesses. Some moments things feel utterly normal. Other moments, you are reminded they are not.

Casual visitors, especially first-timers, may not find their trip to be impacted too much, beyond any remaining transportation issues and the closure of the castle and a few other sites. Those who have been to Kumamoto or have ties there, however, will certainly feel the change, on many levels.

Go with patience, for both the infrastructure and the people. Things may look normal on the outside, but this is still a trauma that needs time to heal. But do go. You’ll find a place of warmth, friendliness and beauty. I promise you, it’s worth the trip.