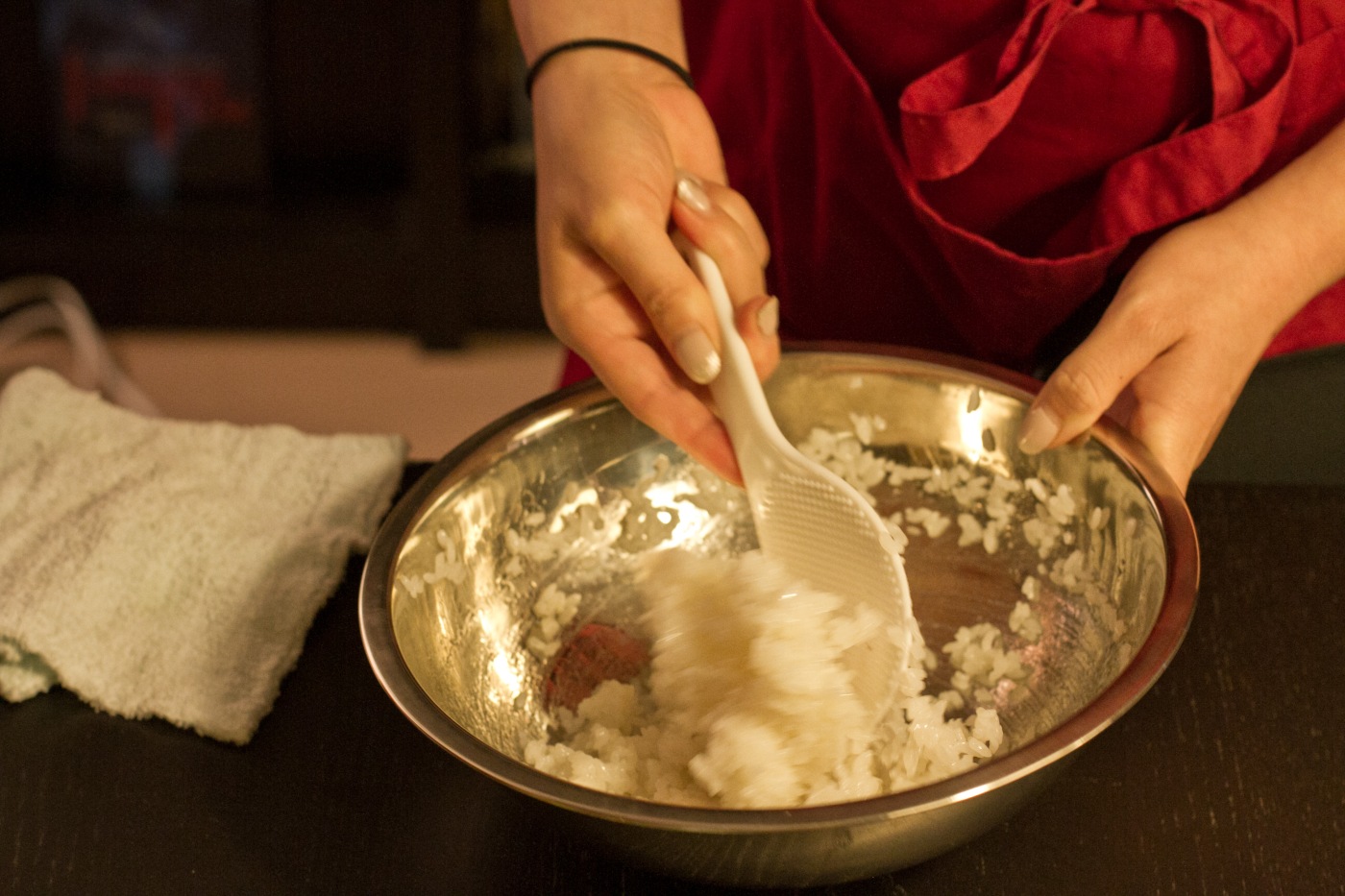 Food blogger Courtney has a great tutorial for us this week on a key ingredient in Japanese cuisine!

EDIT: And an apology to both Courtney and all the UJ readers … somehow, I thought TODAY was Wednesday. But hey – you get your food post a day early this month! 🙂

Again, I am amazed that in my initial months of posting about washoku, I overlooked a huge staple in Japanese cuisine… rice!

Rice is essential to Japanese cuisine and is the country’s most important crop. It has been cultivated for over 2000 years and was once used as a currency. Today, the grain is used to produce several different products such as rice, vinegar, alcohol (sake), and rice flour.

The term Japanese rice encompasses several varieties of glutinous short-grain rice. Upon cooking, the rice becomes sticky, making it easy to pick up with chopsticks.

Unlike the western (or shall I say American) view of Japanese cuisine, most meals do not include fried rice or garlic rice, but rather plain sticky rice. It’s taken time but I now prefer the clean taste of simple sticky rice with meals.

What type of rice do you prefer?

Sushi Rice
from Food Network
Since sushi is one of the first dishes most people think of with Japanese rice, I decided to include how to make sushi rice. Feel free to use it for sushi…or you can just eat it. I kind of like the sour-sweet flavors that are added to the rice!

Place the rice into a mixing bowl and cover with cool water. Swirl the rice in the water, pour off and repeat 2 to 3 times or until the water is clear.

If you have a rice cooker, add rice and water to the cooker and select sushi rice setting. Cook until done.

If you do not have a rice cooker, place the rice and 2 cups of water into a medium saucepan and place over high heat. Bring to a boil, uncovered. Once it begins to boil, reduce the heat to the lowest setting and cover. Cook for 15 minutes. Remove from the heat and let stand, covered, for 10 minutes.

Combine the rice vinegar, sugar and salt in a small bowl and heat on stove until sugar has dissolved. Transfer the rice into a large wooden or glass mixing bowl and add the vinegar mixture. Fold thoroughly to combine and coat each grain of rice with the mixture.

Allow to cool to room temperature before using to make sushi.

Recipes:
Okayu from Just One Cookbook
Think of it as the eastern version of chicken noodle soup. Basic comfort food for when you’re not feeling well…or just wanting something comforting on cold nights. My Japanese friend turned me onto this recipe and to be honest, I’m pretty liberal with the ingredients. I’ll toss in a bit of whatever I have around or whatever sounds good.

Takikomi Gohan from Japanese Cooking 101
Another super easy dish…especially if you have a rice cooker with a basket. Toss the rice in, place the chicken in the basket and cook. I use the recipe above as a guide but swap out ingredients that I have around the house or to suit my taste.

Ochazuke from PBS Fresh Tastes
Traditionally served at breakfast, I find this a warming meal that can be served anytime. It’s literally rice that has green tea poured over it to flavor the rice and other ingredients.