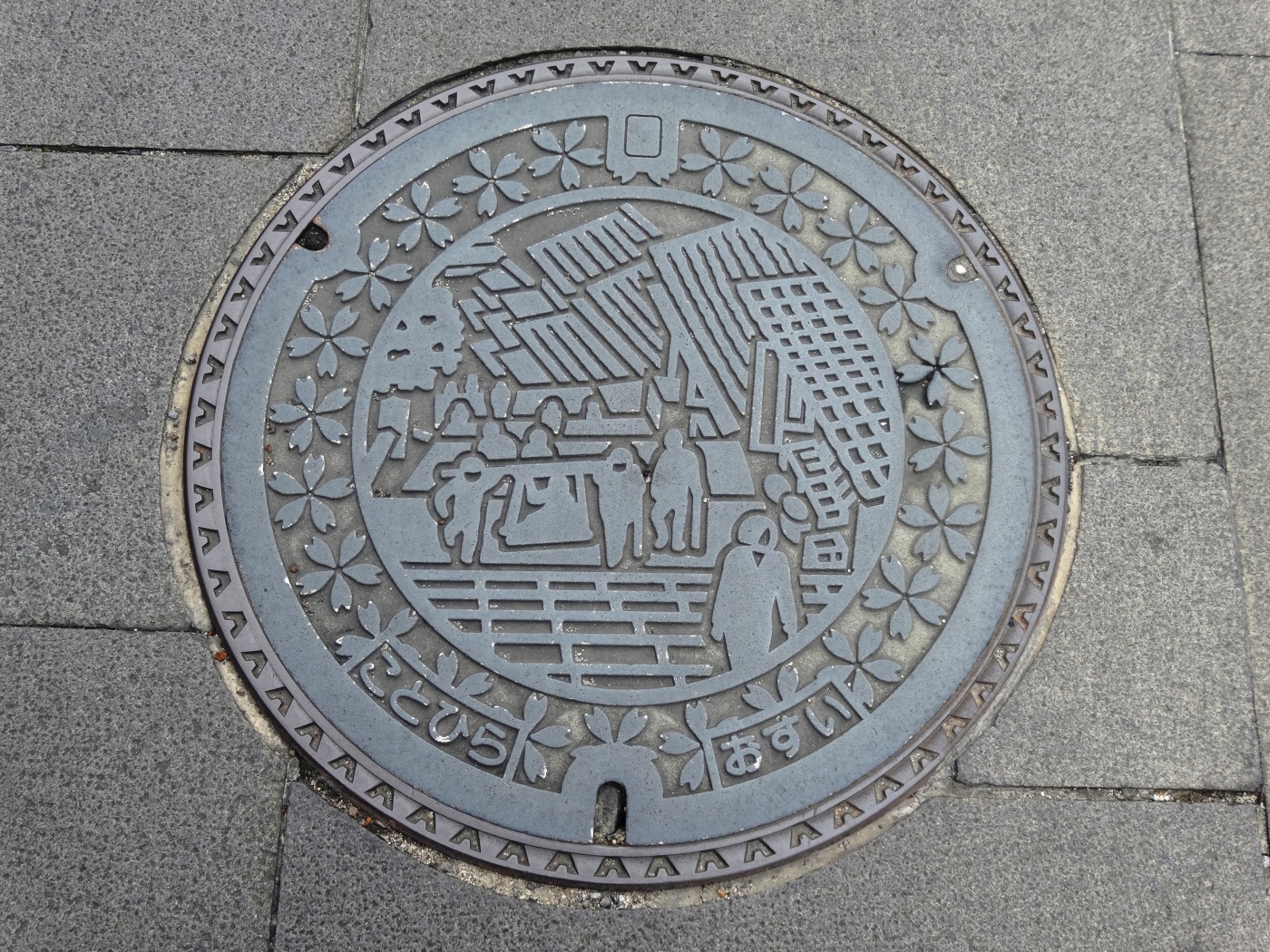 While I was in Shikoku this past week, I spent some time exploring Kotohira, a small town (no more than a village, really) in the western part of Takamatsu Prefecture.

Kotohira is best known for its shrine, Kotohira-jingu or Kompira-san. This Shinto shrine has allegedly been around since the 1st century, and enshrines a kami (god) who protects seafarers. It’s been a huge place of pilgrimage over the course of the centuries, so much so that people who weren’t physically able to make the journey themselves often sent dogs in their place, with money pouches placed around the pooches’ necks for donations.

Kotohira also has one of the cooler manhole covers I’ve seen lately:

Yes, those are pilgrims on their way up to Kotohira’s main hall. It’s a challenging 786 steps up to the top, and some wealthier pilgrims would pay for the privilege of being carried up the mountain in a palanquin. You can see the lucky few in the center of the cover.

Needless to say, I tackled the 786 steps on my own …though I sure did wish I had my own palanquin by around step 500!