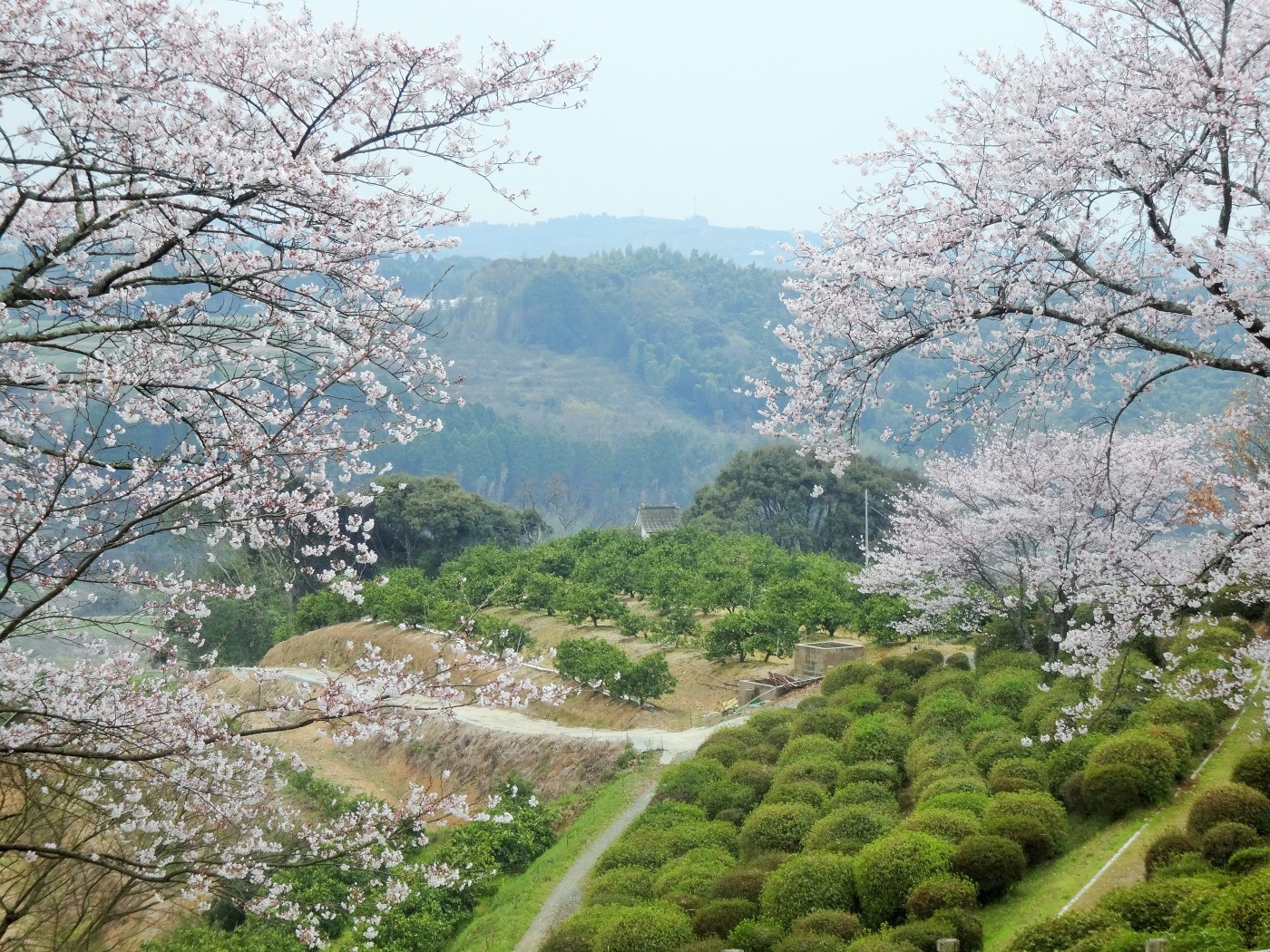 As of today, I think it’s safe to say that we’re wrapping up sakura season 2016. Whew! I have to say I’m a bit relieved. I’ve been running around like a madwoman this past week (hence the lack of blogging!), attempting to capture the fleeting beauty both for my own personal collection and for one or two writing assignments I was given at the last moment.

I thought I would miss the season entirely, as I was in Kumamoto for most of the final week of March, exactly when the cherry blossoms were predicted to hit full bloom. Not only did they linger a bit (awaiting my return, perhaps? 😉 ) but I also managed to catch some beautiful scenes on my first day in Kumamoto, before three straight days of rain set in.

Perhaps the most beautiful sakura sight in Kumamoto for me this year was the Tabaruzaka Battlefield. It seems a bit odd to head to a place of devastation to see such beauty but also a rather fitting tribute as well.

In March of 1877, a 17-day battle began on the three hills of Tabaruzaka, on the road leading south to Kumamoto City. Tabaruzaka was one of the major battles of the Seinan Civil War, which had begun when samurai from Satsuma (present day Kagoshima), dissatisfied with the pace of modernization under recently restored Imperial rule and the loss of privileges once afforded to the high-ranking samurai class, rallied behind former government supporter Saigo Takamori and rebelled against Imperial control. The rebel army laid siege to Kumamoto Castle, sparking the ire of Imperial forces, who made plans to rush aid to their comrades in the fortress.

To do so, however, they had to pass through the trench-like roads around Tabaruzaka, where it was all too easy to get ambushed by enemies. Yet there were no other options to cover the terrain from northern Kyushu to Kumamoto and both sides knew it. So as Imperial forces headed south, Satsuma samurai set up attacks and they battled each other fiercely for over two weeks.

It was the weather that determined the battle more than anything, giving the win to the government forces who had more modern weapons and uniforms better suited to the incessant rains. In all, there were said to be around 4,000 casualties on each side (8,000 total), one of the highest death tolls of any of the battles in the short-lived civil war. However, the memorial in the park is inscribed with over 14,000 names, allegedly marking the “fallen soldiers”. (I can’t explain the discrepancy.)

Today, Tabaruzaka Park is a beautiful place to stroll in the spring, marked by sakura and dozens of azalea bushes. The grounds are sprinkled with monuments to both sides and a new museum – opened in late 2015 – details the battle and the participants involved. The exhibits are mostly in Japanese but be sure to ask for the English leaflet, which has a lot of detailed information.

Tabaruzaka is best reached by car (it’s a 15 minute drive from the Ueki I.C exit on the Kyushu expressway) but you can also take the train north from Kumamoto to Tabaruzaka station and take a taxi the final ten minutes to the park. The park itself is free, but the museum has an admission charge of ¥300.

If you want to read more about Tabaruzaka and nearby Ueki (great for onsen!), check out my most recent article in the Japan Times’ travel section.