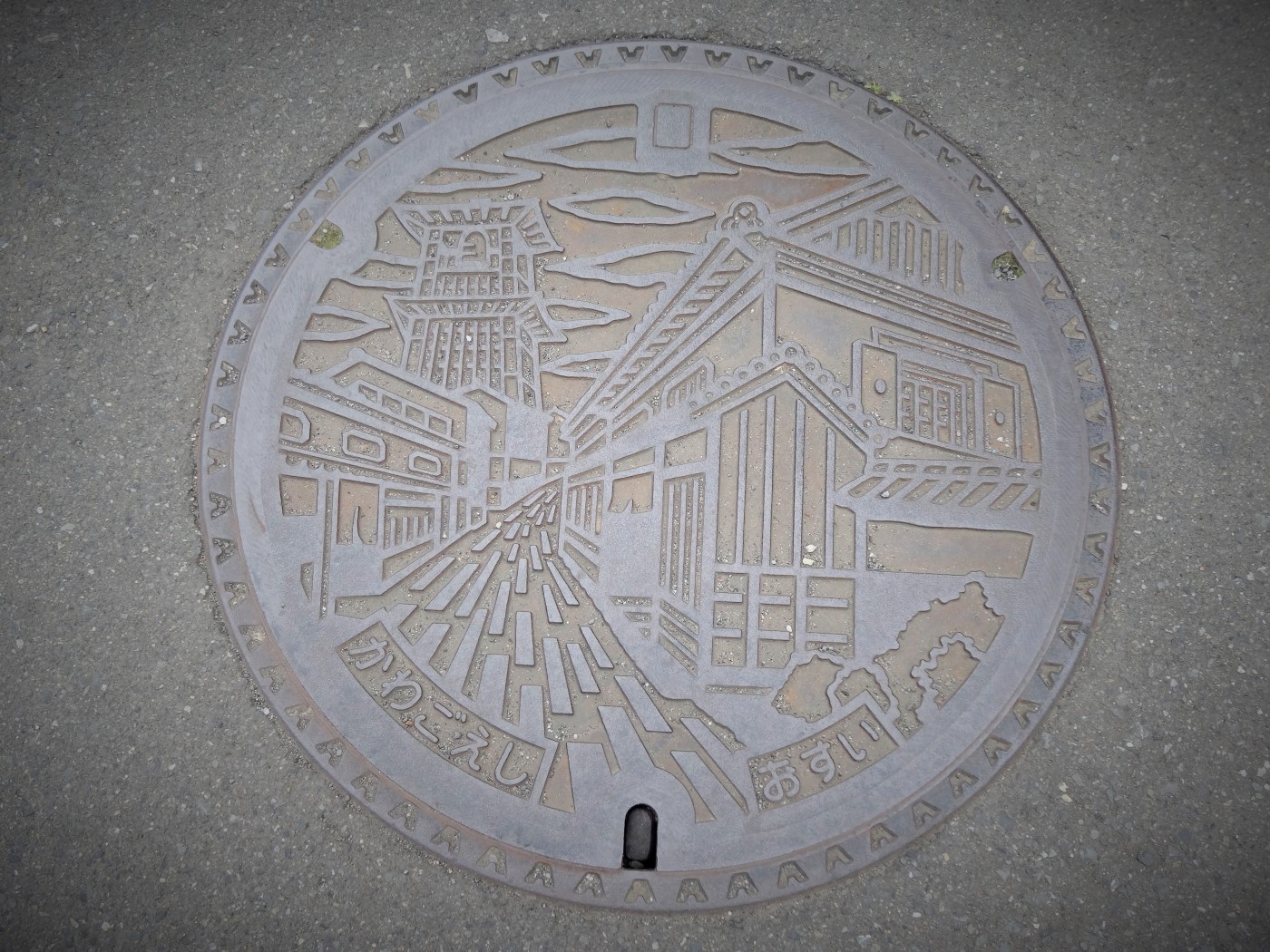 The beginning of March involved a lot of traveling outside the Tokyo region. The latter half of the month, however, involved two friends in town who’d never been to Japan, so we covered a fair bit of ground in the city, as well as destinations not too far afield.

While we did hit up the “typical” day trip of Kamakura (typical, but always worthwhile), we also spent a day out in Saitama, in the historical city of Kawagoe. That’s where I snapped this manhole cover: 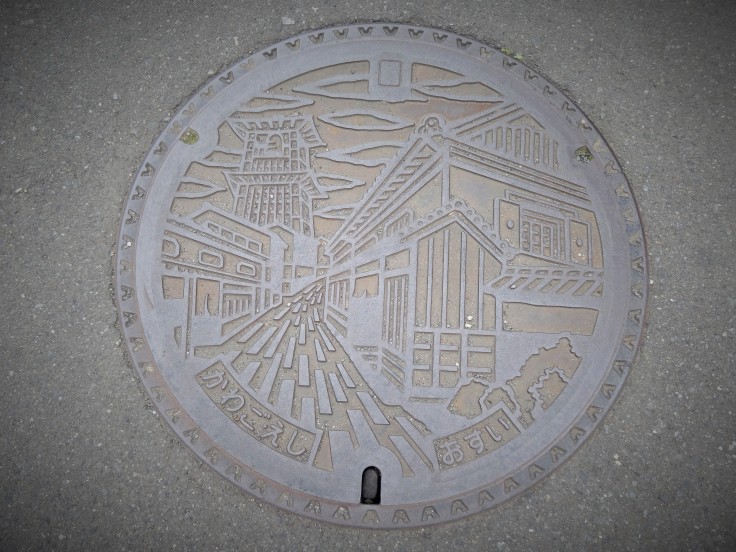 Kawagoe has a nice little quarter of old and restored merchant storehouses (kurazukuri), earning it the nickname of Little Edo (Koedo in Japanese). While I would much appreciate the town actually closing off the road to traffic so people can enjoy wandering among the houses without fear of being flattened by vehicular traffic, this is still an enjoyable town in which to spend a few hours.

The Kawagoe streetscape is best identified by its bell tower (toki-no-kane), as seen on the manhole cover above. The first tower was built in the 1600s, although the current one dates from 1894, after a large fire destroyed much of the city. The bell tower is essentially Kawagoe’s timepiece, marking the hours of 6am, noon, 3pm and 6pm with melodious chimes.

The tower sits three stories above the street and while you can’t go in the building itself, it does stand right in the middle of the historical district and looks quite photogenic against the backdrop of storehouses.

Kawagoe is easy to reach on direct trains from Ebisu, Shibuya or Shinjuku stations or you can take a faster train that leaves from Ikebukuro. This small city makes a nice half-day or full day trip (there’s more to see outside the historic district as well) but try to avoid weekends, as it can get quite crowded.

One thought on “Manhole Monday: Kawagoe”