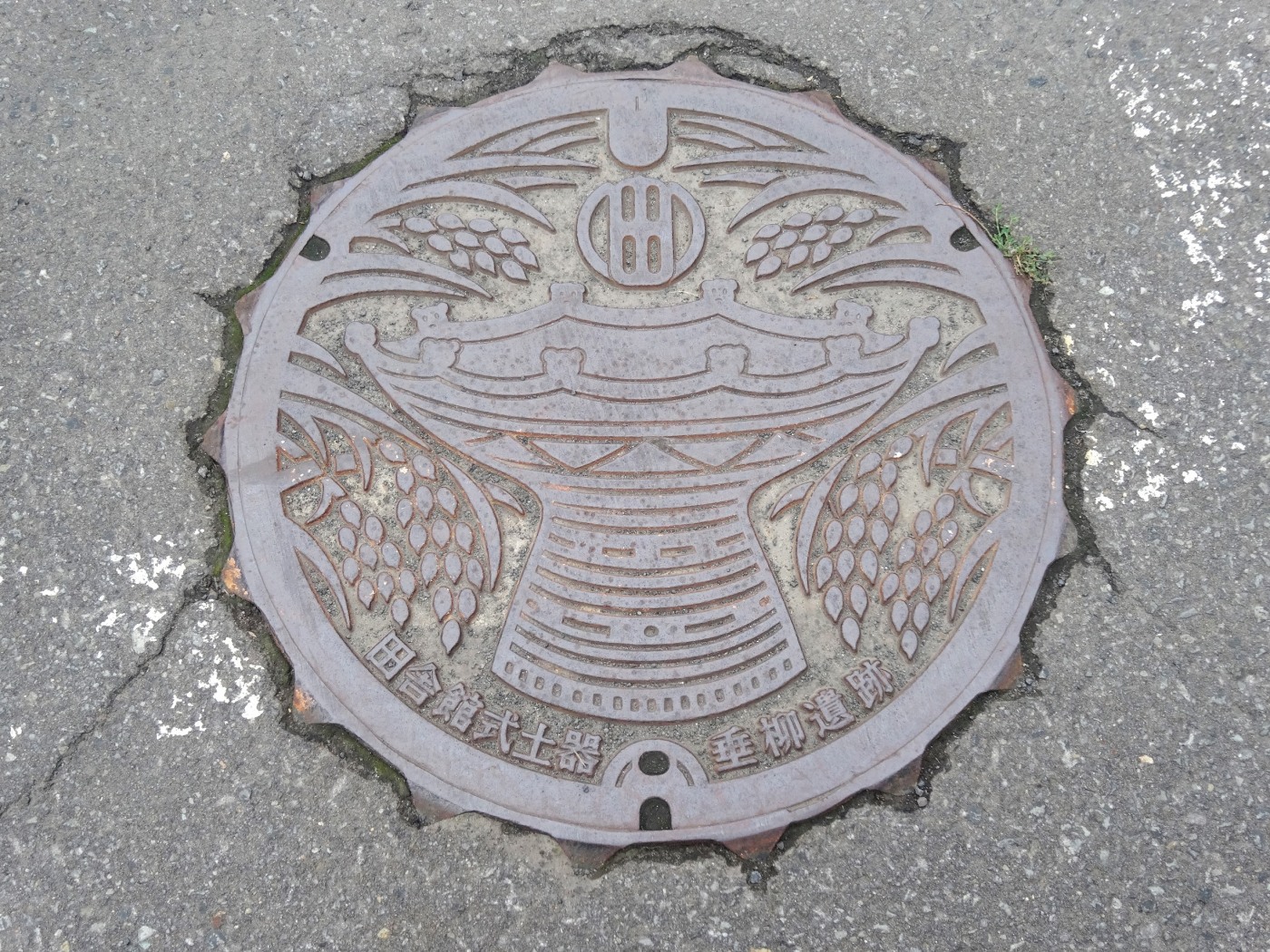 Back in the height of summer, right after our move to Tokyo, a took a road trip to Tohoku with my family and good friends from Nara Prefecture. While we hit all of the festival highlights (Neputa Matsuri, Kanto Matsuri) that Japan is famous for, we also detoured a bit up to the tip of Honshu, the largest of Japan’s four main islands.

Somewhere along the road leading into Osorezan, I snapped this manhole cover:

Sadly, I am now wondering what on earth it represents. It’s a bit of an odd cover, but then Osorezan is a very nontypical place.

Osorezan means “fear mountain” and it’s an accurate description. The sulfurous volcanic landscape, almost lunar-like in appearance, is said to be similar to the Buddhist representation of hell, with eight surrounding mountains and a river that dead souls attempt to ford (much like the River Styx in Roman mythology) on their way to the afterlife.

The only buildings in the area belong to Bodai-ji, a temple that attracts pilgrims who come to pray for the souls of their departed relatives (especially young children and babies). In July, a festival is held in Osorezan where itako, blind women with extensive spiritual training, help visitors communicate with the spirits of the deceased.

Easy walking paths crisscross the temple grounds and the area is littered with Jizo statues. Jizo are guardians of the souls of deceased children and you’ll often see them around Japan sporting red knit caps or red capes. Here in Osorezan, parents pile stones next to a Jizo to appeal to the god in hopes s/he will assist their child in reaching paradise. All along the path are towers of these stones and many brightly-colored whimsical windmills, a stark contrast to the grim palette of the landscape.

It’s a very otherworldly area to explore and worth a detour if you’re in Aomori Prefecture. And if you know what the bowl/vessel/symbol is on this particular manhole cover, don’t hesitate to mention it in the comments below!