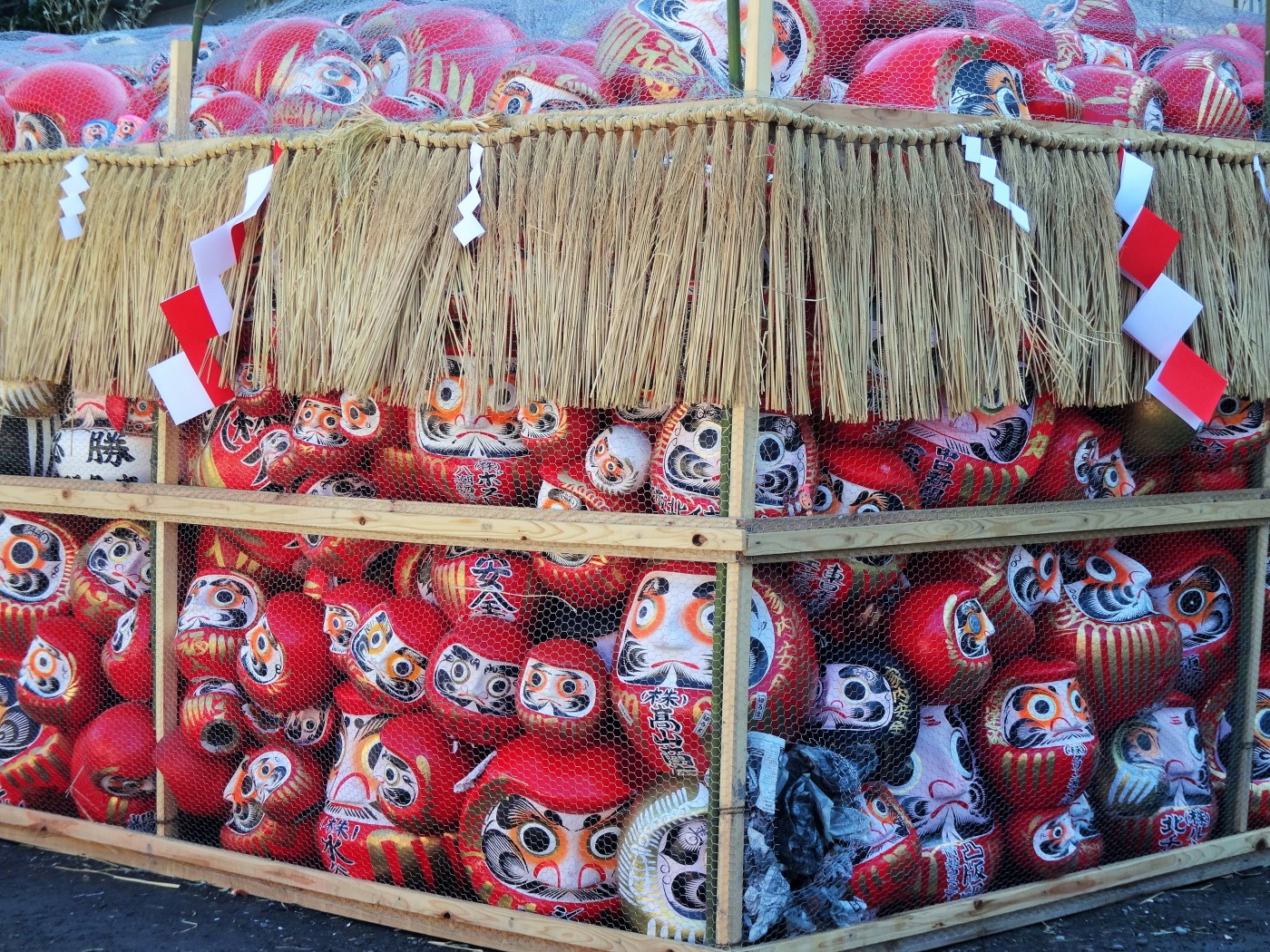 Happy Setsubun, readers! Today is the unofficial start of spring here in Japan, a day that is heralded with demon asks and copious bean throwing.

I have written about Setsubun before, and indeed spent part of my afternoon attending the bean throwing festivities at Asakusa’s Senso-ji Temple. But before that, I also made a trip out to the northeastern section of Tokyo to experience Daruma kuyo.

Daruma, or dharma, are dolls that are bought by people when they want to ask for luck in business or make a wish in general. The dolls, mostly red in color but also appearing in other hues, have two blank white ovals where the eyes should be. When you make a wish, you color one of the eyes black. When your wish comes true, you color in the other eye and then take your daruma doll to a temple to be disposed of properly.

In Tokyo, that temple happens to be Nishi-Arai Daishi Temple, a temple that dates back to the 9th century. Every year on Setsubun, the priests hold a solemn ceremony before sending off the “completed” daruma dolls in a flaming pyre. Two men dressed as mountain priests blow conch shells and light the stack of dolls with long torches. The priests all chant for quite some time and then the fire is left to burn itself out under the watchful eyes of the Tokyo Fire Company.

You can also buy new daruma dolls for the coming year at the temple, and a bean throwing (mamemaki) takes place later in the afternoon. When we were there today, some of the cherry trees were already in bloom (I think they were kawazuzakura, the earliest species to bloom near Tokyo) and the plums were looking lovely as well. The grounds of the temple are quite extensive and worth taking some time to explore.

The temple sits right outside Daishimae Station and the ceremony takes place every Feb 3rd at 11:30am (though it’s always good to check in with the local tourism office to clarify before heading out there).