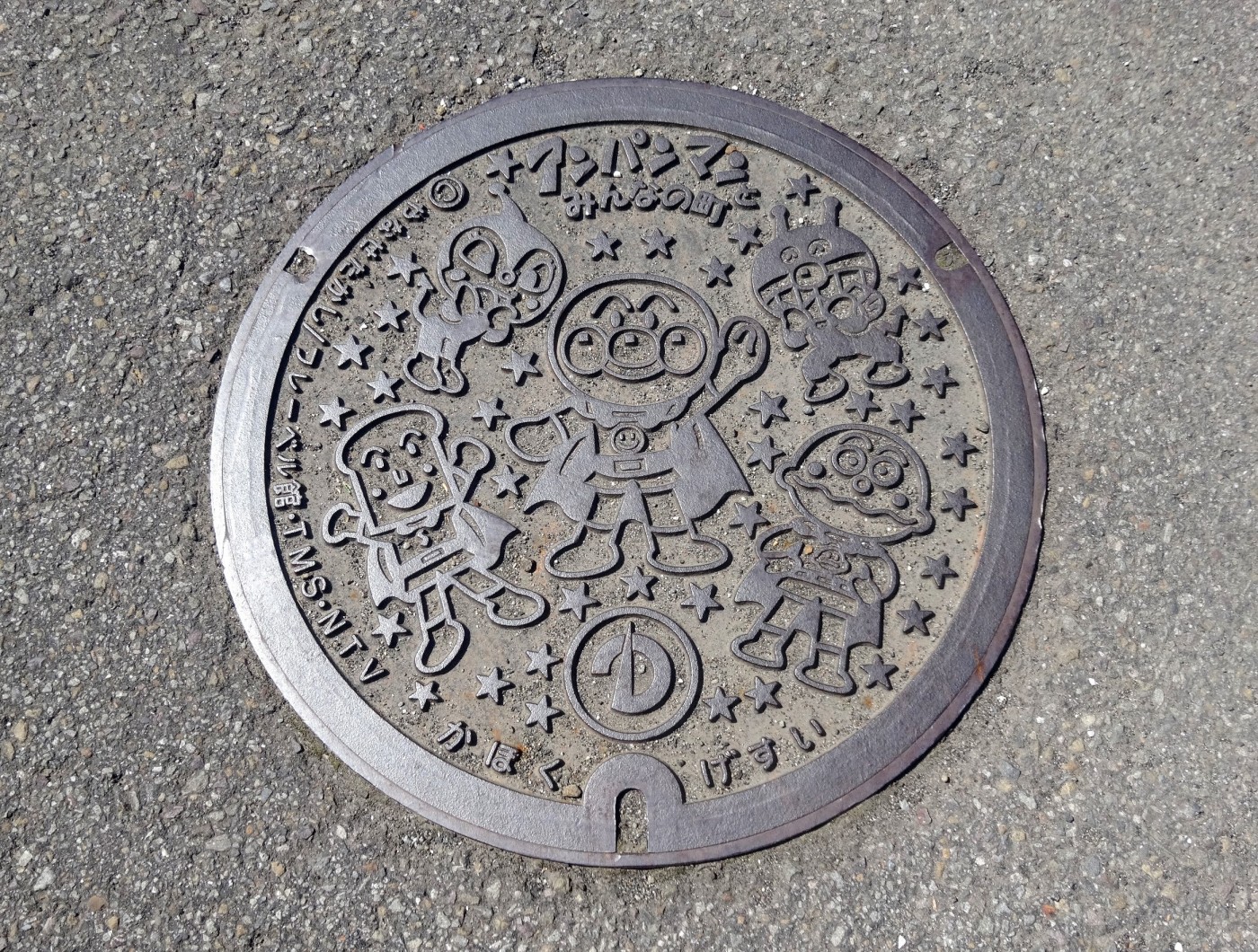 It’s hard to believe that in a few months, my daughter will turn 5 years old. That’s around the age when kids in Japan start to give up their Anpanman obsession, much like American kindergarten kids abandon Sesame Street and hide their Elmo dolls in the closet.

We thankfully haven’t quite gotten over Anpanman yet (I’m just happy when she wants to watch anything in Japanese) and my mini travel companion got quite a kick out of this manhole cover on our visit to Shikoku last year: 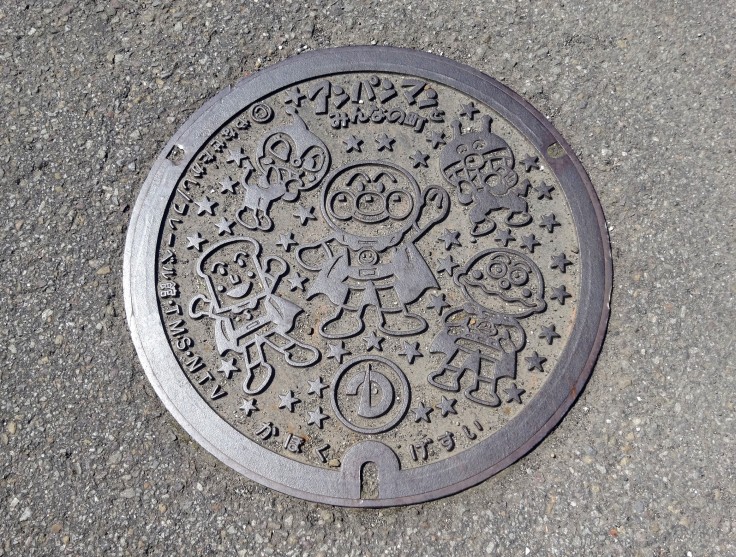 The town of Kami is the birthplace of Takashi Yanase and home of the Anpanman Museum that immortalizes his work on the series that has earned the Guinness World Record for the largest cast of characters. I find it interesting that the top of the manhole cover reads “everyone’s town” (just under the name Anpanman) and on the left side it has Takashi Yanase’s name … perhaps as a mark of copyright

If you’re not familiar with the bread-head superhero and his cohorts, that’s Anpanman (“bean paste man”) in the middle. To the top right is his nemesis, Baikinman (“germ man”) and at the top left is Dokinchan (no clue on her meaning, actually, though they refer to her as another germ), Baikinman’s sidekick. Down on the bottom left is Shokupanman (“white bread man”) and on the bottom right is Currypanman (“curry bread man”). Both are friends of Anpanman and help him out of whatever plot Baikinman always concocts.