Kurashiki is a lovely canal town in Okayama Prefecture that doesn’t always get the press it deserves. It has a beautiful neighborhood (the Bikan district) of old rice storehouses that have now been converted to shops, museums, restaurants and comfortable ryokan (traditional inns). Boats drift lazily down the central canal while willows on the bank sway in the breeze.

None of those things happen to figure onto the town’s manhole cover though. Rather, this is what I found on Kurashiki’s streets: 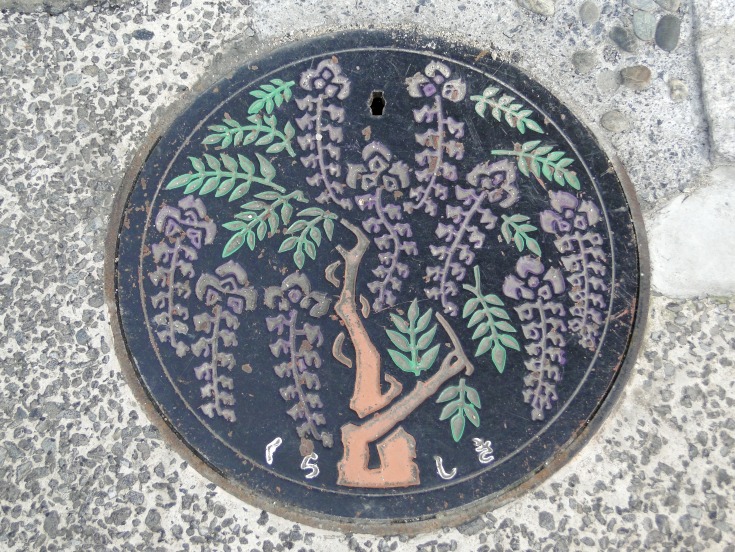 Wisteria (known as fuji in Japan) is a short-lived flower. Much like the cherry blossom, it only blooms here for about two weeks. When it does, hordes of people descend on those few gardens that happen to boast a wisteria trellis.

In Kurashiki, there is a lovely shrine – the Achi Shrine – that sits on the top of the hill behind the Bikan district. Not only can you get really nice views of the canals and the old storehouses from here, but there is a 300-year-old wisteria here that has been designated a natural monument.