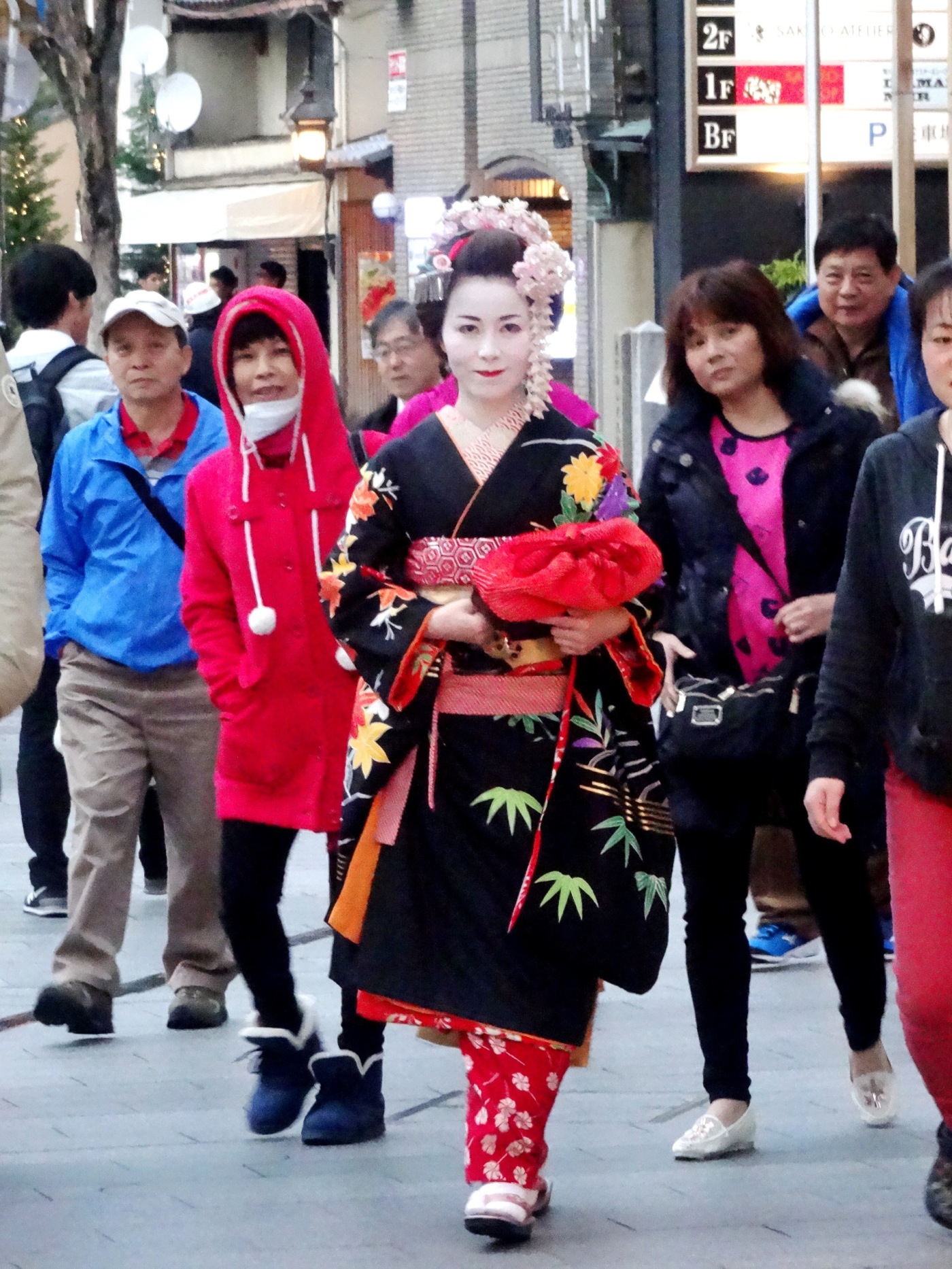 March was another fortunate month of travel and it was hard to pick a favorite shot. I was going to use a shot of the beautiful Hori Teien, a hidden garden located outside of Tsuwano in rural Shimane Prefecture. But then I went to Kyoto … and of course, in the city that never ceases to touch my soul, I found the shot I wanted to share. 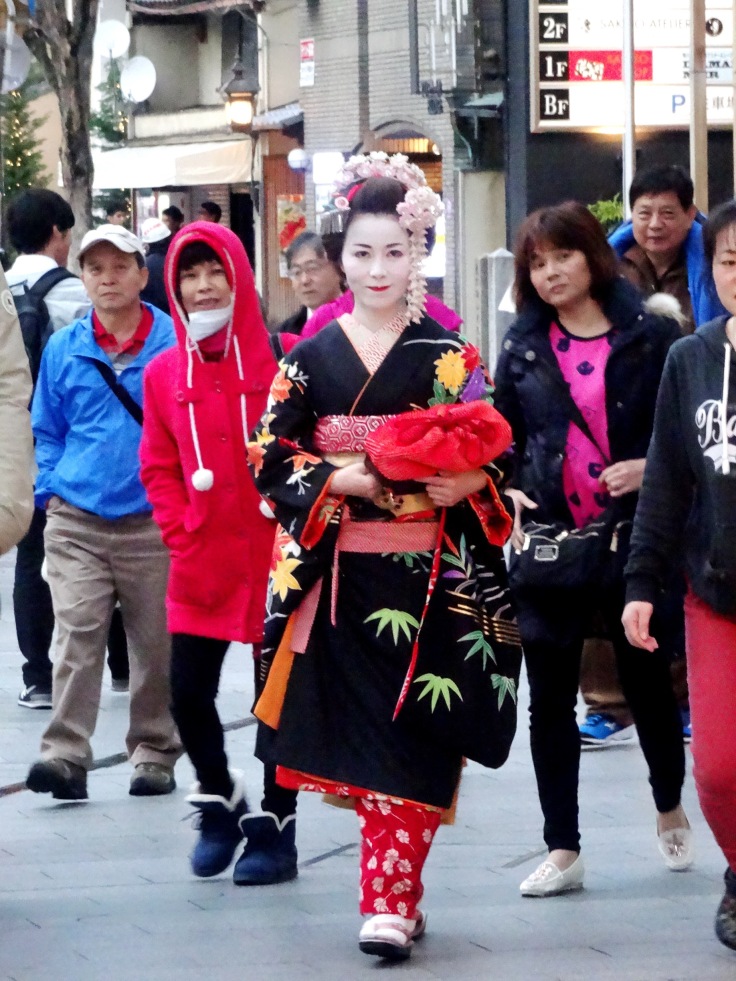 Now, I know what you’re asking yourself … is that a real maiko?? And the answer is …. I’m not entirely sure.***

The day before, I had spent the afternoon wandering around the Higashiyama district, a neighborhood of cobbled streets, tucked-away temples and seasonal flowers bursting into bloom. I found new alleyways and corners to explore in this well-trampled area and in many of the back streets, I stumbled across girls in maiko costume. It’s always been a somewhat popular pastime for young(ish) women visiting Kyoto to dress up as apprentice geisha (complete with make-up and accessories) and stroll the streets of Kyoto’s more picturesque neighborhoods, in search of picturesque personal photo ops. Perhaps it was the proximity of my visit to cherry blossom season, the recent massive influx of Chinese and Korean tourists to the Japanese islands or the spread of maiko costume boutiques, but I rounded one corner and ran into seven (SEVEN!!) girls all dressed up as maiko.

But this picture was taken around 6pm, across the river on the edge of the Kyoto City Hall district (just a block north of the geisha district of Pontocho). It was a few minutes before 6pm, what I consider the maiko or geisha “witching” hour. It’s around 6pm that most maiko or geisha will leave for their evening appointments and I always have been lucky enough to catch sight of a real maiko hurrying to work at 6pm in the Gion district. But across the river? Never.

This maiko in question was being followed (escorted?) by a large group of what seemed to be tourists. Or family? Or people who had booked their own private geisha party and were just following her in? She wasn’t talking wasn’t interacting with them. Was she a part of them? A separate entity entirely? I was SO sure she was simply another girl in costume … and then I wasn’t. Was she? Wasn’t she? But whatever the case, I feel like I caught her expression at the perfect moment. The look, to me, says “I am unflappable and above this all.” It was perfectly enigmatic. And whether she was real or fake, it was a look she absolutely nailed.

***The more I look at her outfit, the more I see she’s wearing a kimono from the wrong season. No self-respecting real maiko would wear maple leaves in March. 🙂 ***