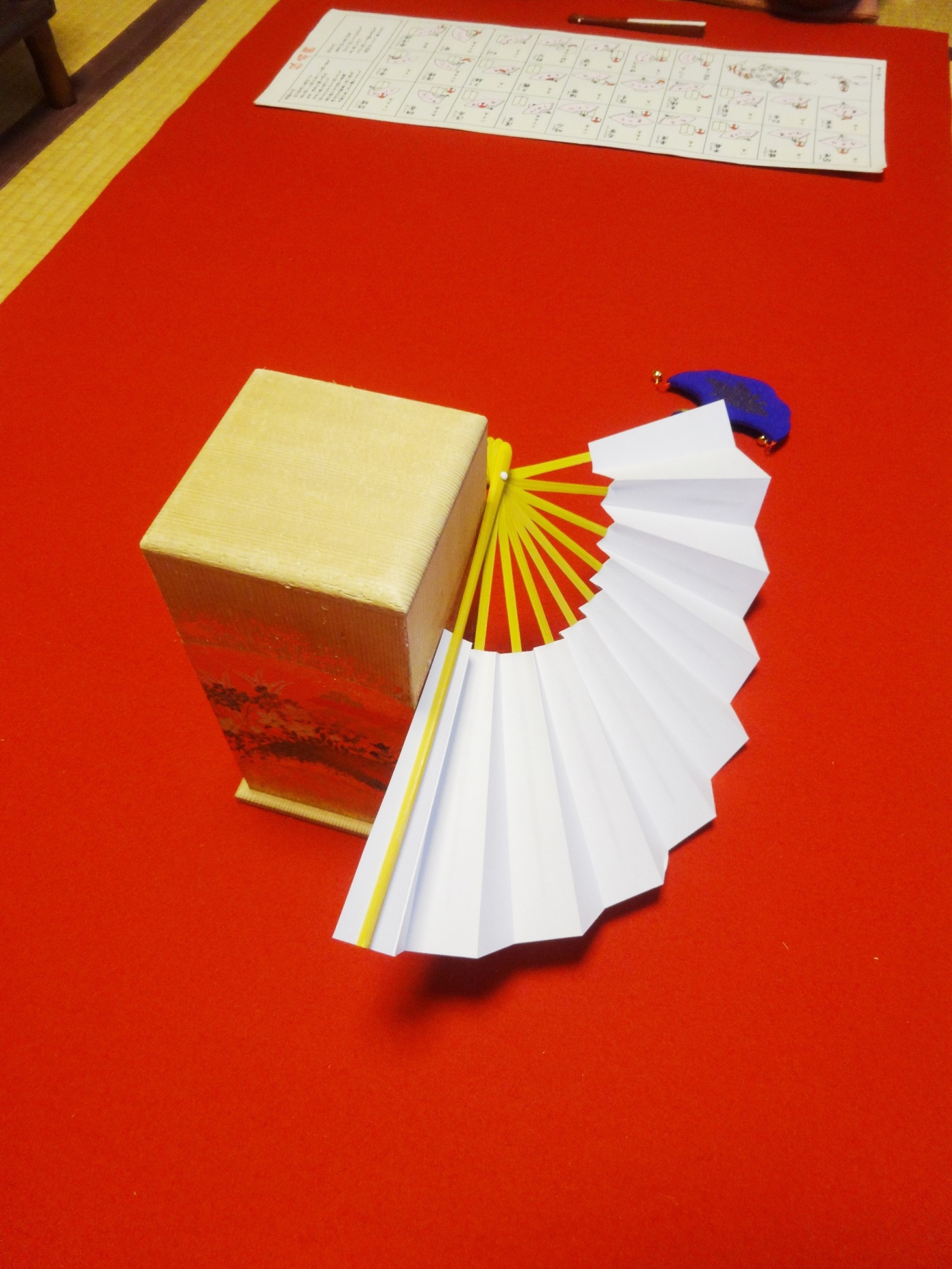 When I was planning my trip to Kyoto last week, I went through my list of gardens, temples and shrines (and restaurants, of course!) to see what would occupy my time for three glorious days of solo travel.

I hadn’t exactly planned on the pouring rain.

But thankfully, the bad weather gave me a reason to revisit an article I had seen earlier in the year about a tosenkyo (or tousenkyou, if you want to get those long drawn out vowels in there), a fan throwing experience from Japan’s Edo Era. It’s a game that doesn’t require many materials, but packs a surprising amount of fun. First you need a makura, a wooden stand that doubled as a pillow for high-class women. They would sleep with their necks uncomfortably perched on this wooden block so their hair would remain impeccably coiffed. The makura stands on its end, topped with a cho. This little cloth fan with a heavy interior and a stylized butterfly embroidered on the outside sits balanced on top of the makura. Astute blog readers might recognize the cho as the mon (or family crest) of the Taira (aka the Heike) family, one of Japan’s major clans about 1000 years ago.

Players each sit about a meter from the makura, on opposite sides. Holding folding fans, fully opened and balanced on their thumb and pointer finger, they gently glide the fan toward the cho. The goal is to knock the cho off of the makura. Depending on how both the cho and the fan fall, a series of points is awarded.

There are nearly thirty possible point permutations. All of them are named with flowery titles, each taken from a chapter in “The Take of Genji”, a popular chronicle of court life penned in 1008 by Murasaki Shikibu. There is always a judge to decide the points awarded and each game lasts ten rounds. But don’t rock the makura! If you touch it and the cho doesn’t fall, you’ll be deducting points instead of adding them.

Tosenkyo is still played today on occasion, but it’s heyday was definitely two or three centuries ago. Nevertheless, there are one or two places where you can enjoy playing this addicting fan game, including in Kyoto. I’ll share my own experience of tosenkyo in an upcoming entry – stay tuned!