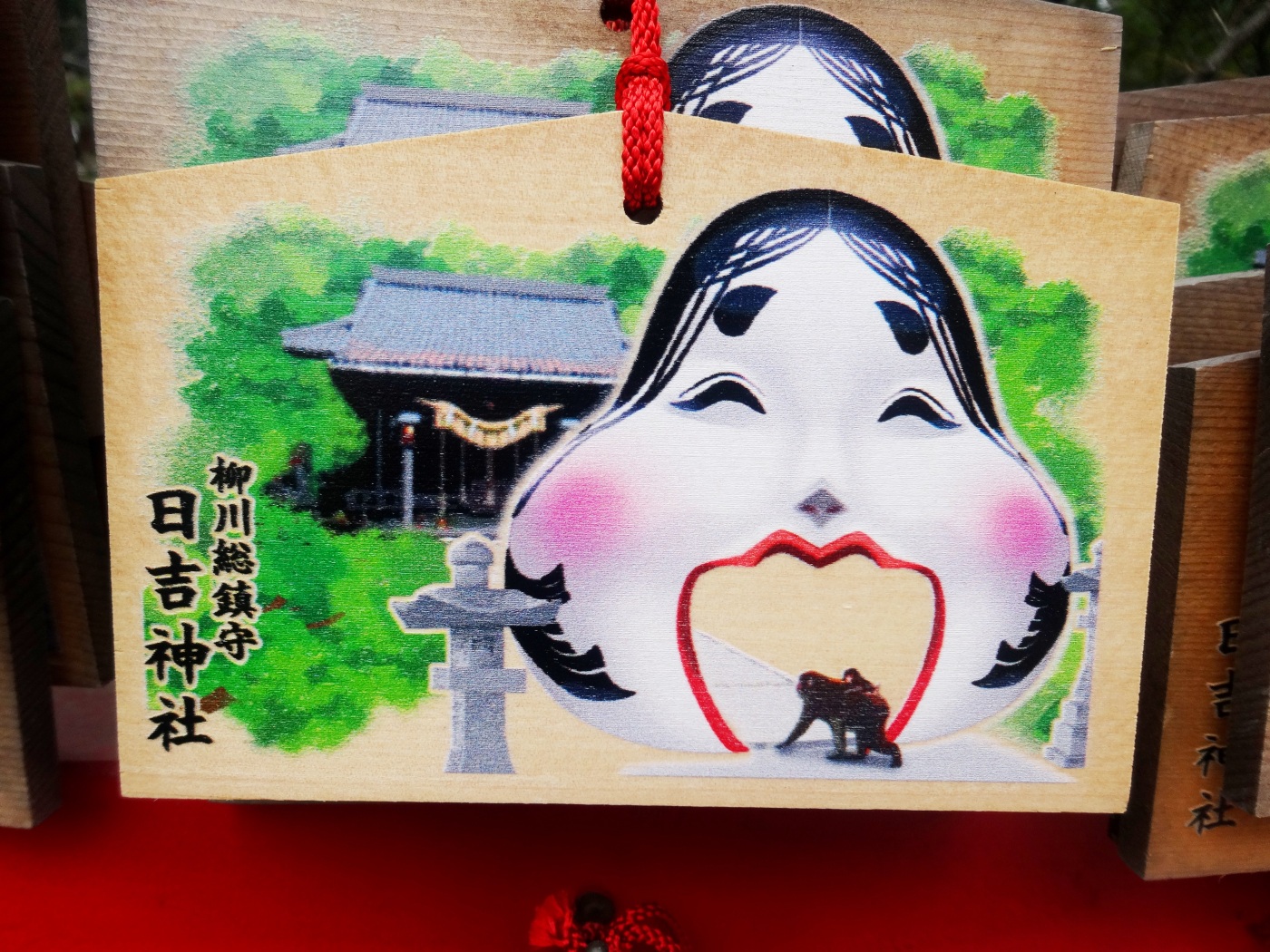 It’s time for another look at the various shrine prayer plaques around Japan. I’ve found some interesting ones in recent months, and the more you know about the story you tell, the more fascinating that random shrine can become.

1. Hachiman Shrine (Shirakawa-go) – The Hachiman shrine in the UNESCO World Heritage Village of Shirakawa-go has a reputation. A reputation for a good stiff drink, that is. The shrine’s priests are one of the region’s main producers of doburoku, a thick rice porridge-like liquor that packs quite the punch at 60% alcohol. It’s consumed at the town’s harvest festival and sold in various incarnations around town (in candy-coated nuts, cookies, etc). The shrine doesn’t have much to offer the casual visitor, but the museum next door has an interesting exhibit on the Doburoku Festival, and the price of admission earns you a free sample of doburoku from the endearingly enthusiastic staff.

2. Cat Shrine of Sengan-en (Kagoshima) – It’s easy to overlook this shrine, tucked away in a corner of Kagoshima’s Sengan-en (Sengan Garden). The adorable prayer plaque is the only hint that two cats who once accompanied famed warlord Toyotomi Hideyoshi on his Korean campaigns are commemorated here. Lord Yoshihiro Shimazu, whose family has long been Kagoshima’s most influential clan, chose seven cats to accompany the warriors on their military campaign … not as rat catchers, but as primitive clocks! The cats’ irises would change shape according to the amount of light left in the day and the party used them to tell the approximate hour. Two of the seven cats survived to return to Japan.

3. Nachi Taisha (Wakayama) – The three-legged crow has long figured into the canon of mythical figures in Japan. Legend has it that it was a divine messenger in avian form who led Emperor Jimmu (allegedly the first Emperor of Japan) from the area that now boasts the Kumano Kodo pilgrimage trail (the Kii Peninsula of Wakayama Prefecture) to the land that was called Yamato by the Japanese (the plains around Nara, where the first capital city was constructed). The crow itself is known as Yatagarasu, meaning eight span crow (a reference to his wing size, I am assuming).

4. Hiyoshi Shrine (Yanagawa) – This tiny shrine in central Yanagawa sits in obscurity for most of the year. But in winter, when the town’s long and colorful Hina Matsuri festivities kick off, this is where the action is. A large mask is placed over the shrine’s entrance and it is through this that the first Hina parade of the season processes after the opening ceremony at the shrine. The mask, often seen in Noh or kagura plays, has two names – Okama (meaning “tortoise”) or Otafuku (meaning “much good fortune”). Judging from the lack of turtle symbols I saw around the shrine, I am fairly sure they were aiming for the second meaning here. (No clue about the monkey on the plaque though. Thoughts, anyone?)

5. Taikodani Inari Shrine (Tsuwano) – Taikodani Inari shrine is supposedly one of Japan’s five most important shrines. It certainly has a commanding presence, sprawling over a hilltop just outside the tiny town of Tsuwano. But the shrine sees few visitors outside of its summer sagimai festival and chances are, you’ll have the grounds to yourself. There is also a tunnel of torii (gates), 1045 in total, that leads from the valley to the shrine on top of the mountain. It’s worth checking the area out at night, as they light up the vermilion tunnel with lanterns.