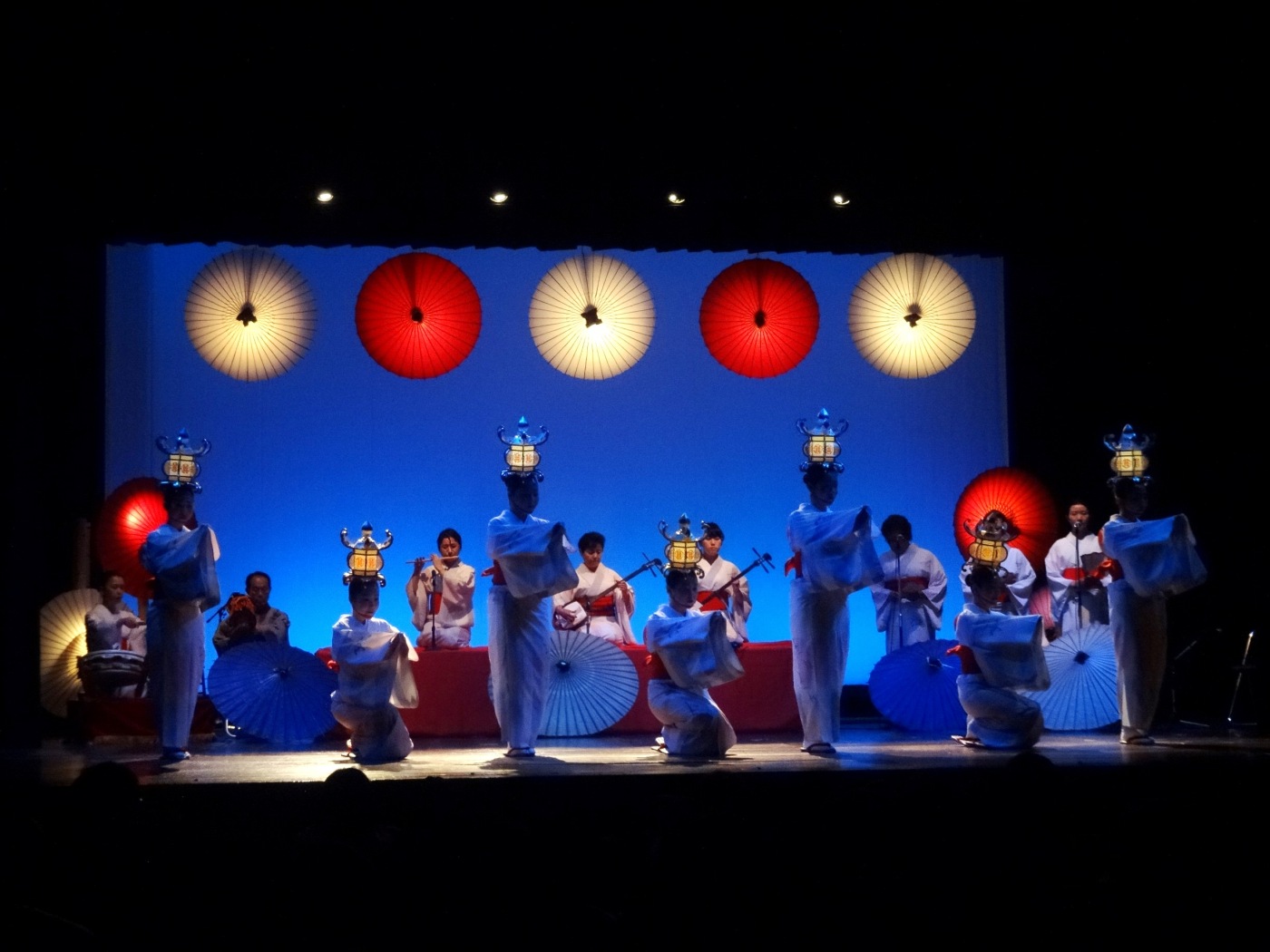 Well, thank GOD it’s Friday. Or rather, Friday Photo. That means February is done. And while it might be the shortest month on the calendar, as this is the fifth February out of the last six that I have spent alone (and single parenting), I am SO happy to bid it farewell.

With my husband away on a 6-week work trip, it was my goal to fill this month with dates to look forward to (as well as lots of school days for my daughter, so Mama could have her “sanity time”). While the beginning of the month dragged on quite a bit, we’ve been pretty consistently on the go for the second half.

So what was my favorite picture? Well, it was a tough choice again this month but the prize goes to Yamaga. For the third year in a row, I attended the Yamaga Winter Lantern Festival only this year, I managed to score tickets to the nightly performance in the beautifully restored Yachiyoza Theater. Here is my favorite shot from that night: 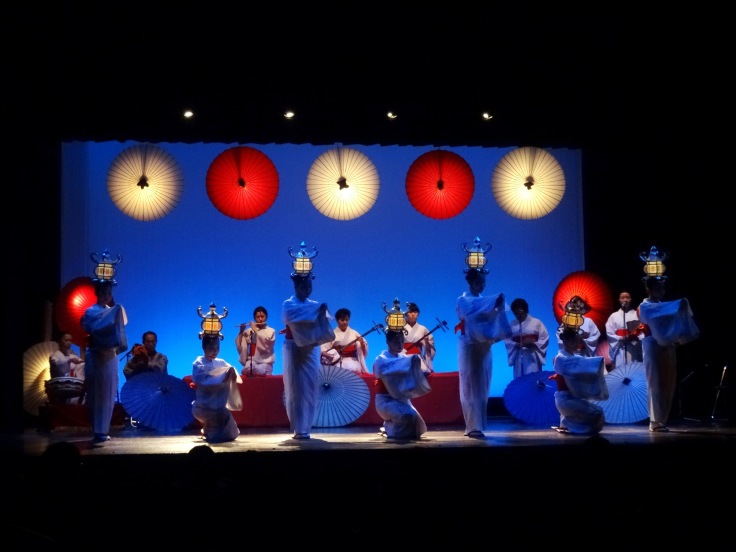 While I thought I’d be seeing taiko drums, I certainly wasn’t complaining when I discovered that the evening’s earlier performance featured Yamaga’s talented female performers showcasing the dances often used during the famous summer festival. The troupe even had a dancer as young as 7 or 8 years old (and the audience gave a collective “awwww” every time she came on stage).

And of course, after the performance, I walked the dark streets and enjoyed what was most likely my final time wandering among the paper umbrellas and bamboo luminaries. I am psyched to move to Tokyo this summer but a part of me will really miss this unsung island of Kyushu.