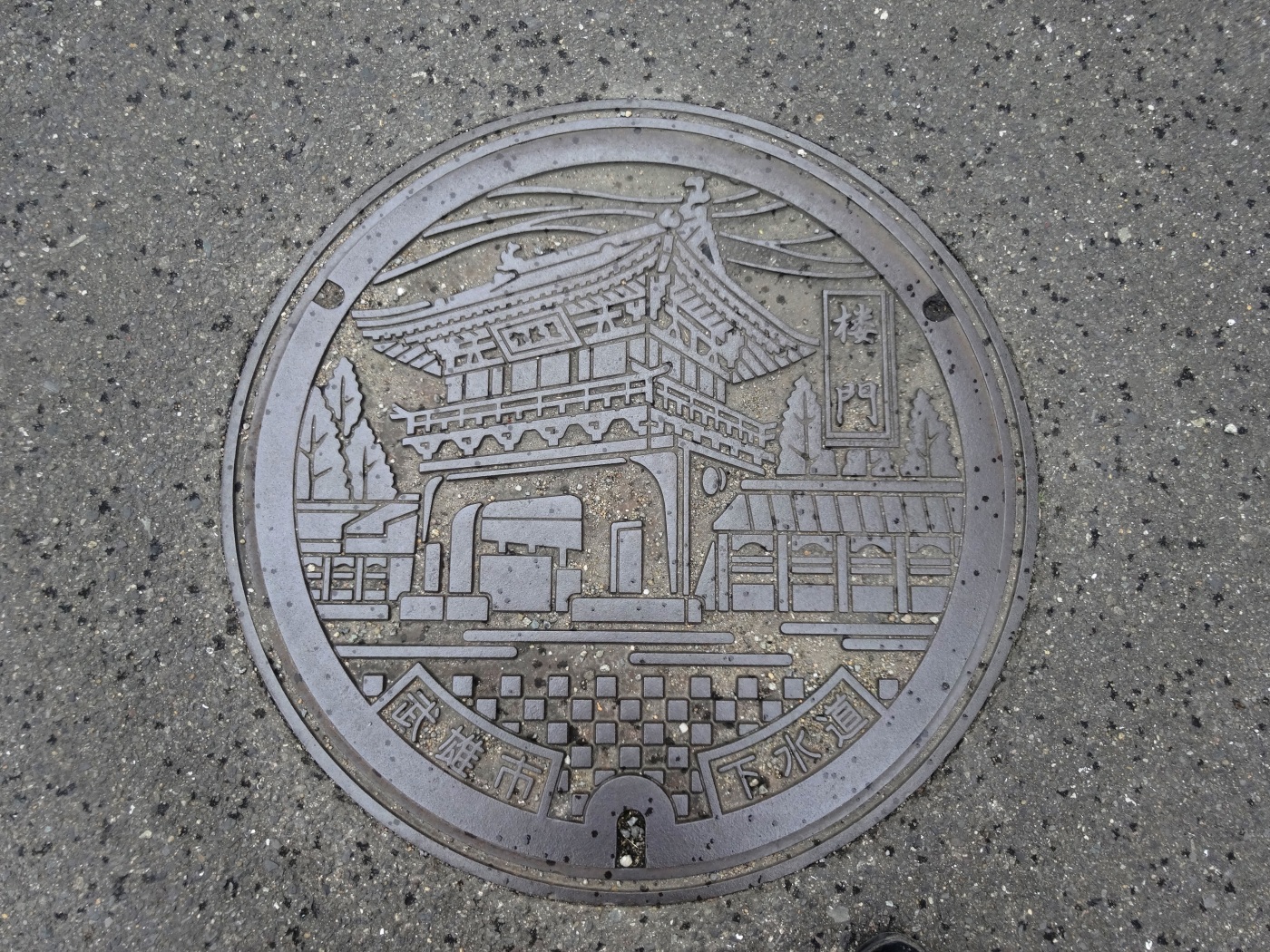 Last week, I was lucky enough to be hosted by the Saga Prefectural Government for a three-day tour of the prefecture just northwest of Kumamoto. Charged to write an advertorial for them for The Japan Times, I was chauffered around to at least two dozen locations in Saga. And let me just say – I had no idea there was so much to see there.

My last stop was in Takeo Onsen, a town my family and I often pass on our monthly drive to Sasebo. We’ve never gotten off to explore there, which is a shame, because the Meiji-era spa is quite well-regarded and the town has some interesting architecture. Perhaps most notable is the Roumon Gate, which appears on the city’s manhole covers: 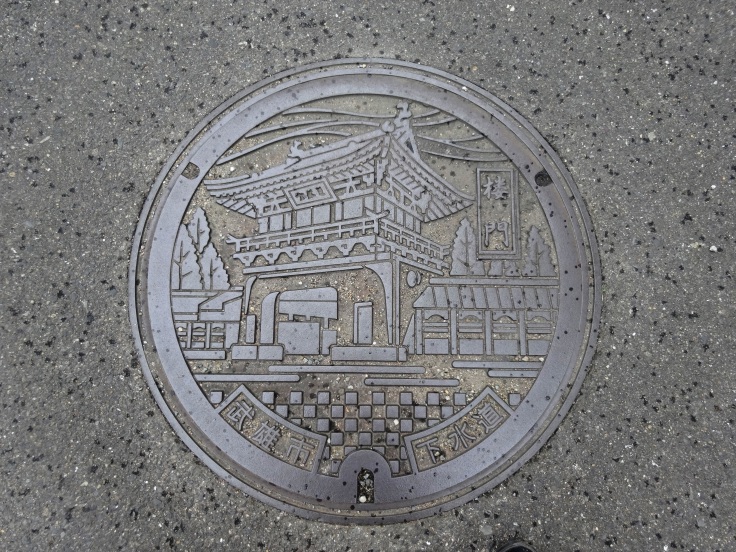 Every day between 9am and 10am you can actually enter the gate and see the second floor. They have some old black and white photos of the original construction in 1915 and even has a copy of the architects blueprints. The Roumon Tower was designed by Tatsuno Kingo, a name I didn’t recognize until I learned he also designed Tokyo Station. This was his project after the station’s completion and it will celebrate its own 100th anniversary this April (2015).

Interestingly enough, when I was reading up on Tokyo Station around the time of its centennial in December 2014, I learned that the dome in Tokyo Station sports 8 of the 12 animals of the Chinese zodiac. I wondered why they only chose eight but filed it away in my mind as a simple curiosity. I can now share with certainty that the other four animals grace the ceiling of the Roumon Gate. Apparently, Kingo had wanted to use all twelve in Tokyo Station but when that become impossible, he choose to incorporate the rest in Takeo Onsen.

If you’re in the area around April 6th-10th when they are celebrating the anniversary, you can stop by and try out the baths for free.