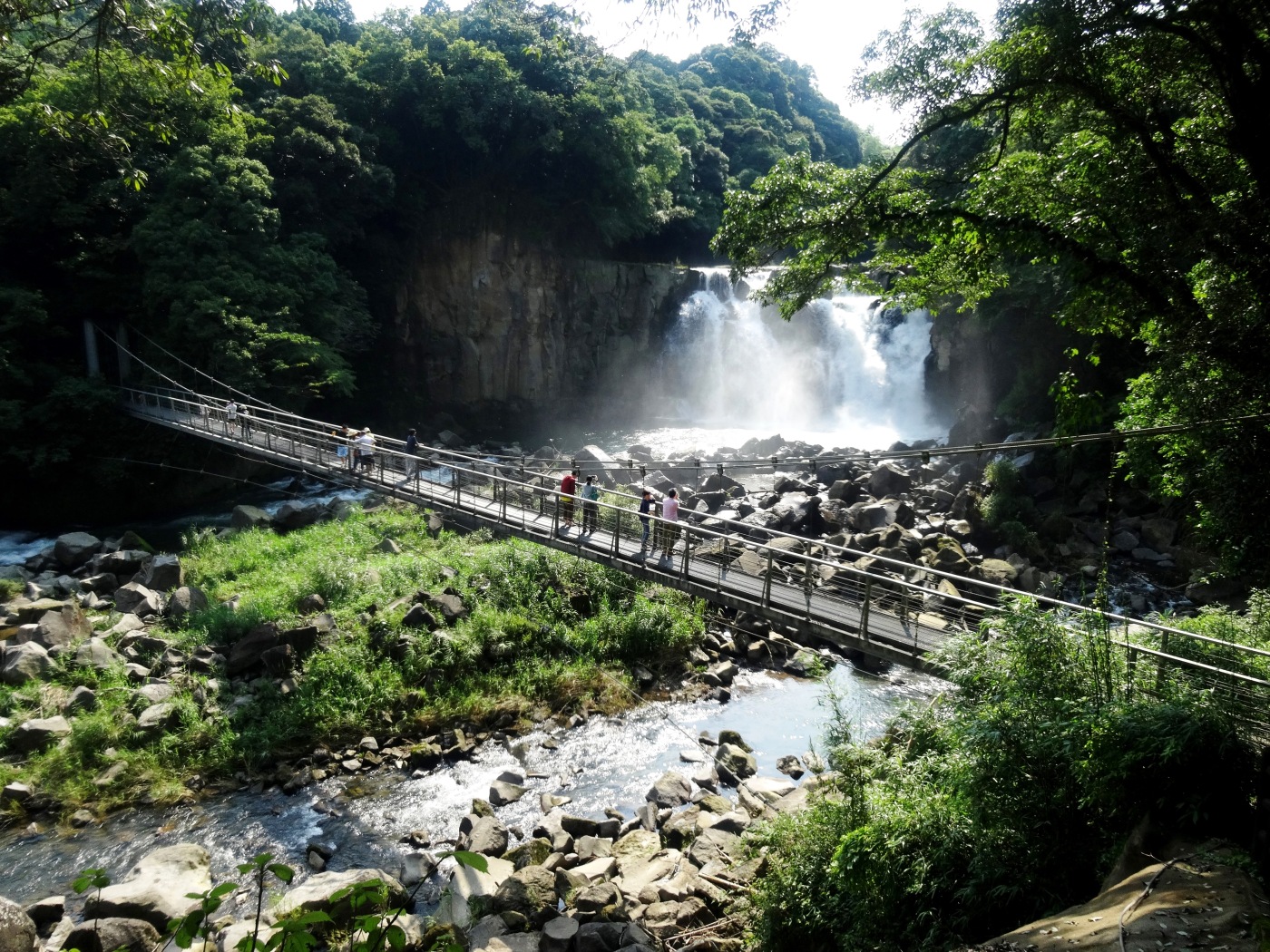 I had such fun sifting through and identifying my favorite photos from last year, that I knew I wanted to do it again this year. In an attempt to get a bit of a jump on things, I actually went though my archives in October and picked out my ten favorite shots from the year.

And then I went to Kyoto in autumn again.

Okay, okay. In the spirit of being varied, here are ten shots – yup, I’m condensing into one post this year – from 2014 that I feel were some of my best and most meaningful. (Only one or two are foliage shots. I promise.)

1. Lanterns at the Yamaga Winter Festival 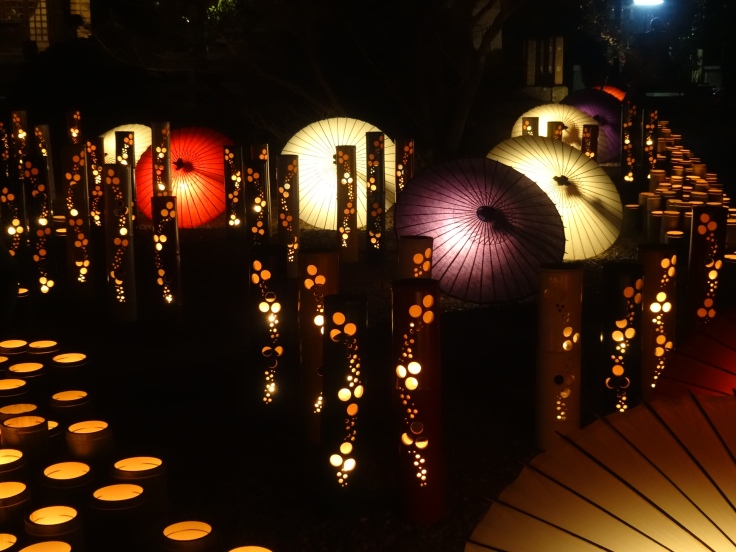 I have been to the Yamaga Winter Toro Roman Festival every year since we moved to Kyushu. It’s one of those events that is so beautiful in its execution and so overlooked because it occurs in such a tiny town. While the main street is always decorated with cut stalks of bamboo filled with candles and the famous old theater there puts on really neat drum shows during the festival, it’s a small temple just off the main drag that keeps me coming back. The way they decorate the courtyard here with illuminated umbrellas is otherworldly.

I have decided in the past few years that there are doll displays and then there are doll displays and Yanagawa certainly has the latter. I love this little city in southern Fukuoka for its canals and tasty eel restaurants but in March, they really put on the best celebration for Girls’ Day. This year I managed to catch the Parade of Living Dolls, where elementary-aged girls dressed up in beautiful red kimono and were poled down the waterways on boats. But if you come on any day in mid-February to early April, you’ll be treated to the exquisite displays of hanging sagemon, handwoven temari and of course, the dolls themselves.

Around mid-April last year, I took a last-minute trip up to Nara and Kyoto to visit a friend and do some research for clients traveling in the area. Though it was technically the end of cherry blossom season, I still managed to catch some of the trees in bloom. while in Nara Park, my friend Felicity and I stumbled across the gazebo (Ukimi-do) at the pond just south of Nara’s branch of the National Museum. The trees here were just past peak but the way they framed the gazebo on the water – and with the opportune chance of catching weekend boaters just pulling into view – I took this shot. It’s one of my favorites from this past spring.

Nobody goes to Miyazaki. At least, it feels that way when you’re in Miyazaki. Foreign tourists seem to rarely be spotted and even the Japanese weren’t out in full vacation force when we passed through here this summer over a three-day weekend. After a hike in Kirishima, we headed east to the coast and the sign for Sekino-o Falls caught our attention along the way. Sadly, with a toddler sleeping in the car, we could only take turns to see the main falls itself, and didn’t get to hike upstream to view the unique “potholes” that have formed here. But the falls were pretty, and the spray from them felt lovely after a sweaty hike. 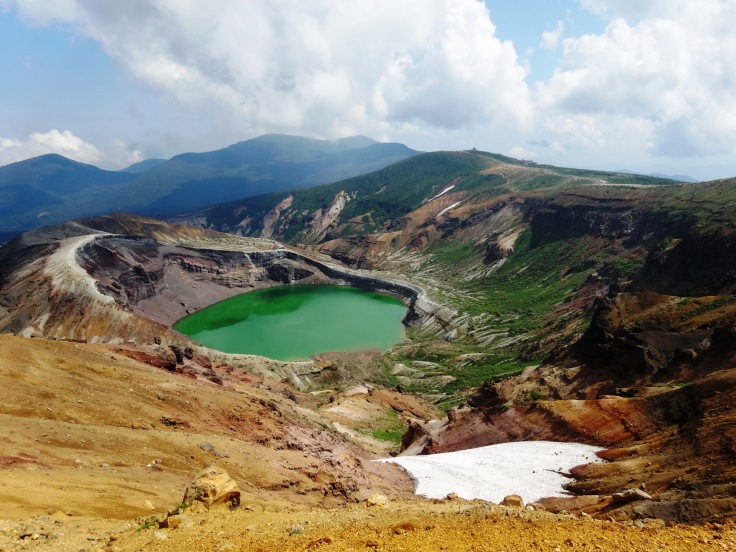 Our summer trip this year was up north to Tohoku, or to be more specific, to the prefectures of Miyagi and Yamagata. We traveled during one of the summer’s hottest weeks and sadly, the high temperatures (around 90 degrees Fahrenheit) followed us up north. I remember the hike around the crater to be refreshingly cool, after the heat of the valley below. (Though not as refreshing as our rental car’s air conditioner.) The crater simply defies description. The color of the water within is as vivid as the waters off of tropical islands and the view from the nearby peak over the mountain ranges to the north is breath-taking.

The whole point of our trip to Tohoku this past summer was because I wanted to see the Neputa Festival in Aomori. By the time my husband had his summer schedule and we began to look at booking accommodation, all of the hotels in Aomori and the nearby cities had been long-booked out for the entire week of the festival. So we compromised, and decided to stay in Sendai instead, hoping to see another of Tohoku’s famous events. As it turns out, the Tanabata decorations in Sendai were so impressive, I haven’t even given much thought to Aomori since. The massive streamers like in the picture above are hung in the city’s shopping arcades and go on for several kilometers. An impressive and highly colorful sight.

Last year, I got to see the fields and fields of spider lilies in Saitama, just north of Tokyo. This year, a trip back there just wan’t in the cards but when my inlaws were in town, we paid a visit to the Tsujun Bridge in eastern Kumamoto. An aqueduct, the old stone fortification puts on a pretty cool water show every weekend at noon in good weather. But because we visited in late September, we were also treated to the sight of thousands of spider lilies springing up in the rice paddies, a sure sign that the harvest was near. 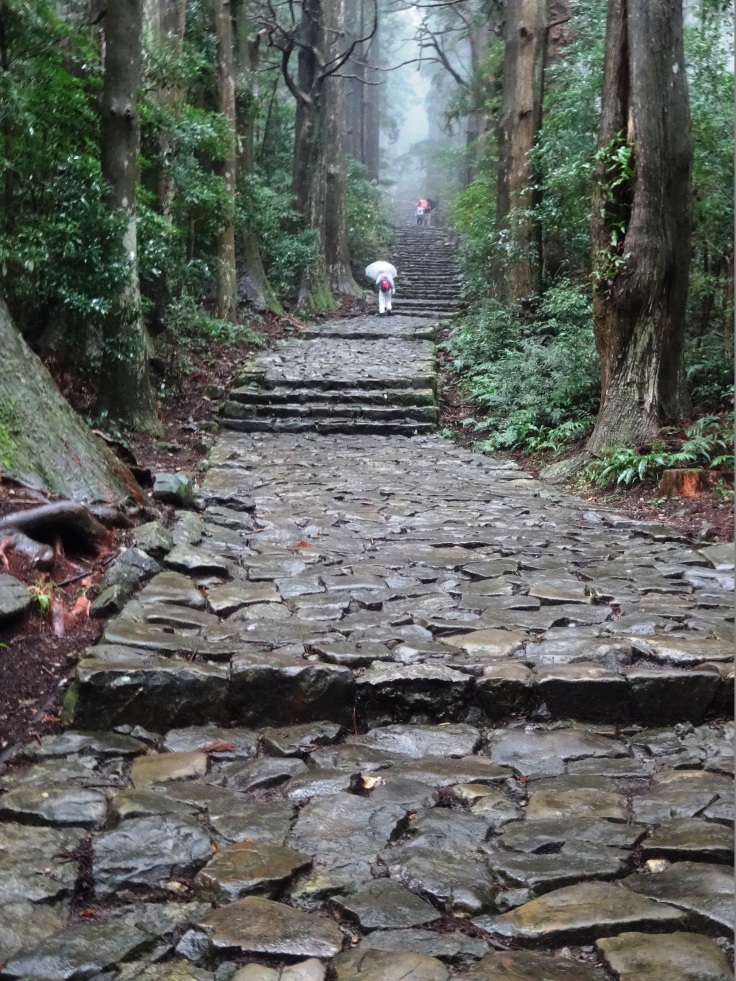 In early November, I flew up to the Kansai area to go hiking with two friends along the old Kumano Kodo, a pilgrimage route that runs through the mountains of Wakayama. Predictably, with the lofty idea of three days of hiking, it proceeded to pour down rain. Every. single. day. We changed our plans to include a lot of onsen (ahhhhh) but we still wanted to get some hiking done. This picture was taken at the Nachi Taisha (Nachi Shrine), where you can walk up part of the old Daimonzaka (Big Gate Staircase) to the shrine’s lower entrance. With the rain and mist, it was the most atmospheric – and wettest – part of our day, but trodding the same steps as pilgrims of old made us feel a bit like kindred travelers.

9. Leaves Against a Pagoda at Daikozen-ji, Saga

Most of the year, my favorite color is purple but in autumn, that changes very definitively to red. What is it about a crimson maple leaf that so moves my soul? The calendar page turns to October here and suddenly, this primal urge comes over me to seek out the best fall foliage in Japan, no matter the cost (alright, so that depends on my bank account but you get the idea …). This year, I spent a brief 36 hours in Kyoto in foliage season. I thought that would appease me but I should have known better. So a few weekends after that, I took a day trip up to Saga prefecture to Daikozen Temple, where the maples were equal to those up in Kansai. This was just one of the photos from that day – I could have chosen from at least a dozen more.

10. A Glimpse of Autumn at Eikan-do, Kyoto

Kyoto has almost an overwhelming beauty at times. This is no more evident than in autumn, when the maples blaze and everywhere you turn, there is a striking scene to try to capture. I become almost spastic with my camera at moments. That’s why I love these little viewing windows, carved out of rest houses in many of the traditional gardens or in temple grounds. They break down the world into a microcosm, allowing you to see but a slice of its beauty, forcing you to focus just on what’s in view. And the view from the rest house on the grounds of Eikando Temple is more than satisfying.

Well, those are the ones that made the cut this year. Onwards to 2015!