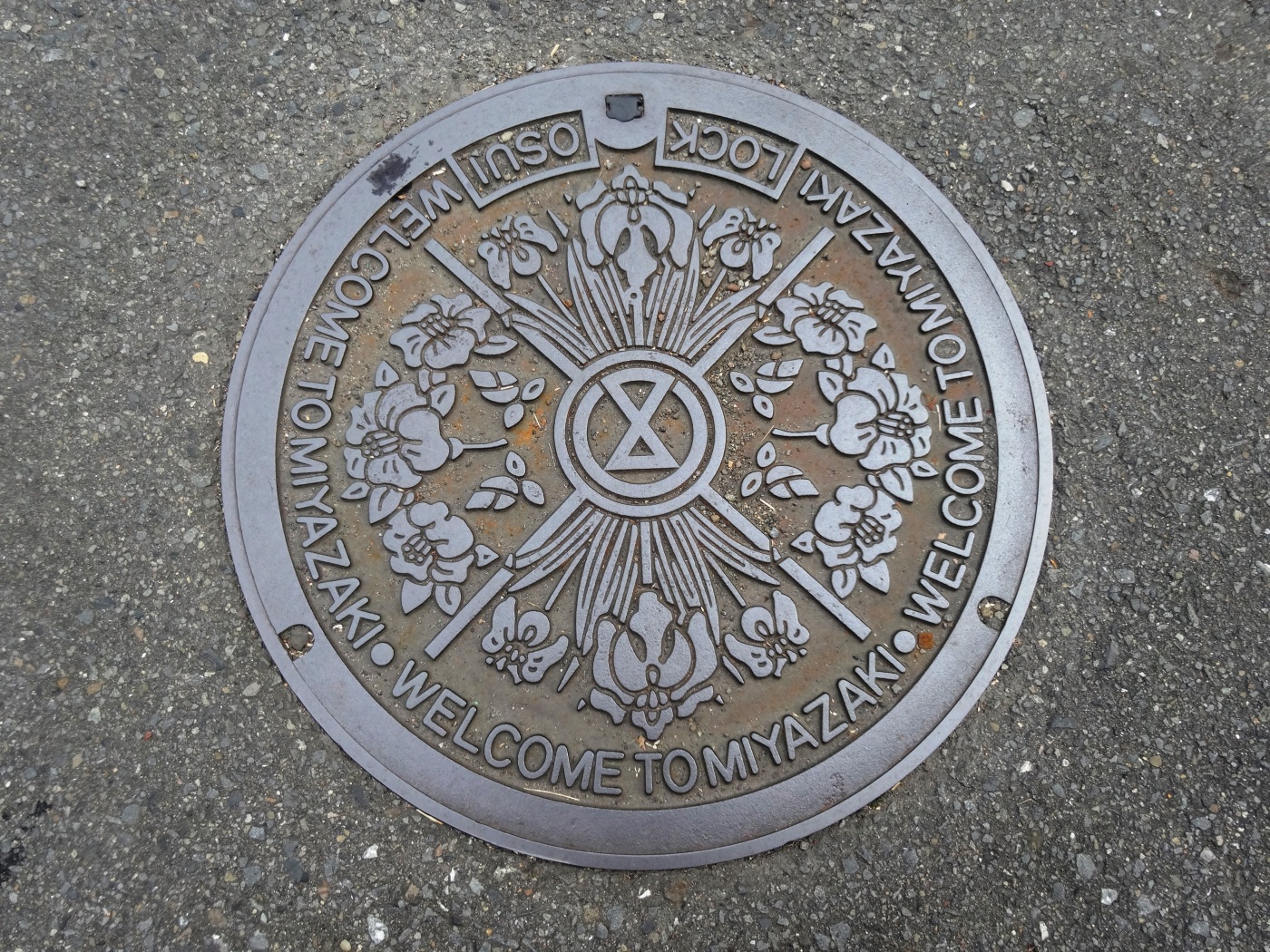 I was in Miyazaki City back in July and I have to say, from the brief time I spent in the city, there doesn’t seem to be much there. Now before anybody gets up in arms and leaves me nasty comments, I’ll be the first to admit that – aside from our pretty awesome castle – there’s really not much to Kumamoto either. These cities aren’t known for their tourist sights but they ARE very livable cities, with parks and good public transportation and a wide variety of restaurants.

Still, I had hoped that Miyazaki’s manhole cover would enlighten be a bit more as to what the city was famous for. Any guesses? 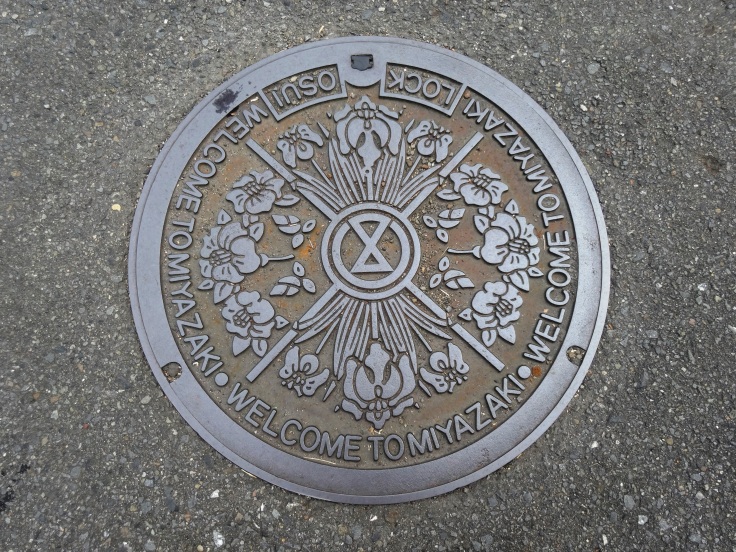 The first thing that jumped out at me was the English. Miyazaki is not exactly a bastion of internationalism, and yet their manhole cover is labeled predominantly in a foreign language. Interesting.

I tried to do some searching to explain the flowers on the cover, but didn’t come up with much. The main flowers in the middle of the design are irises and there is an iris festival every late May/early June at the Awagigihara Forest Park that boasts 20,000 blooms.

The flowers to the right and left of the center circle are hibiscus (I’m pretty sure). I couldn’t find anything specific relating to Miyazaki City and these blossoms but the entire prefecture enjoys a tropical climate, much like Okinawa far to the south. Thanks to the balmy breezes, there are all sorts of tropical plants here and, judging from how many hibiscus I used to see on Okinawa, I bet this flower is a pretty common sight in Miyazaki City too.