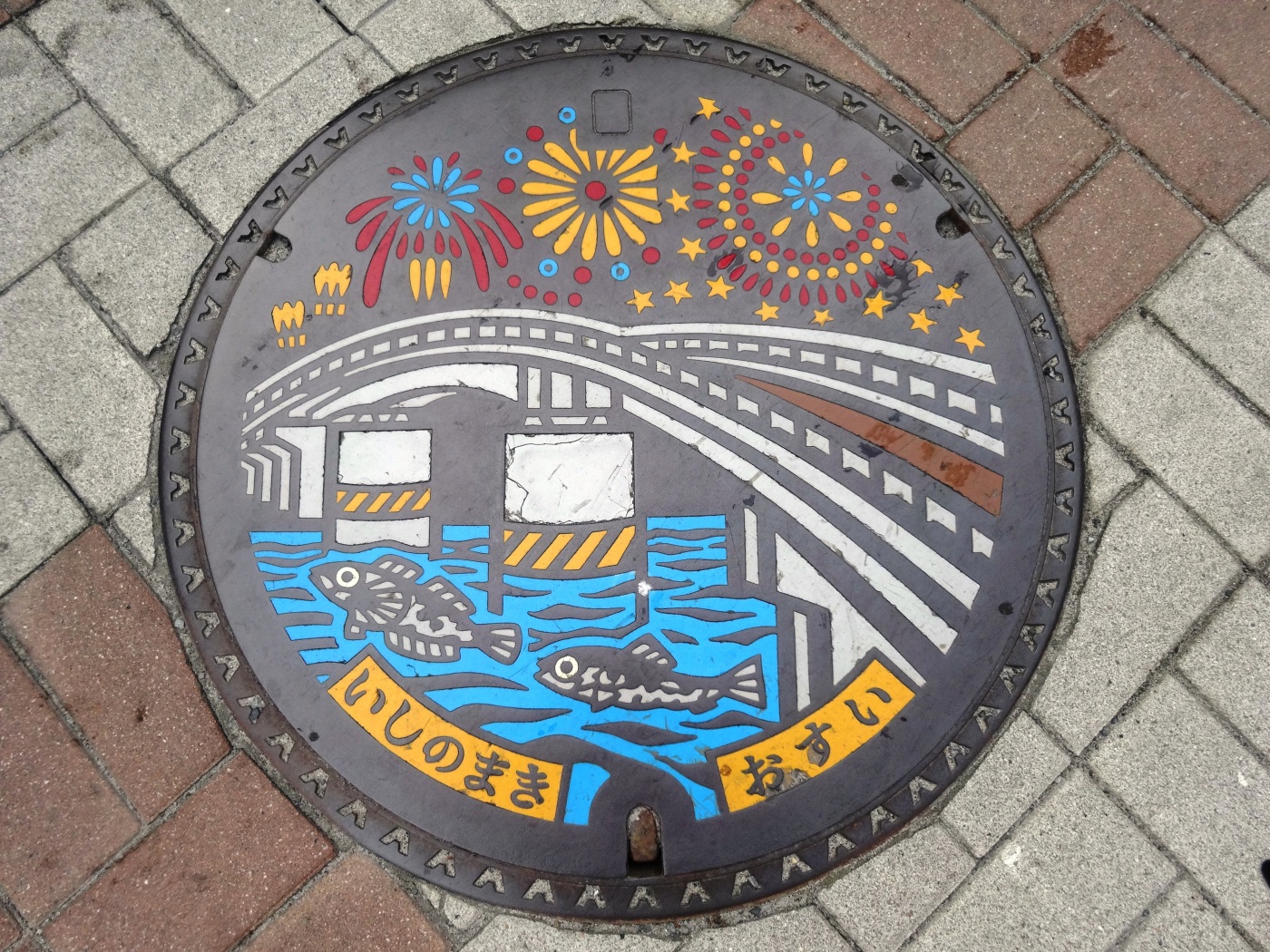 It was a jarring juxtaposition to find this manhole cover in downtown Ishinomaki earlier this month: 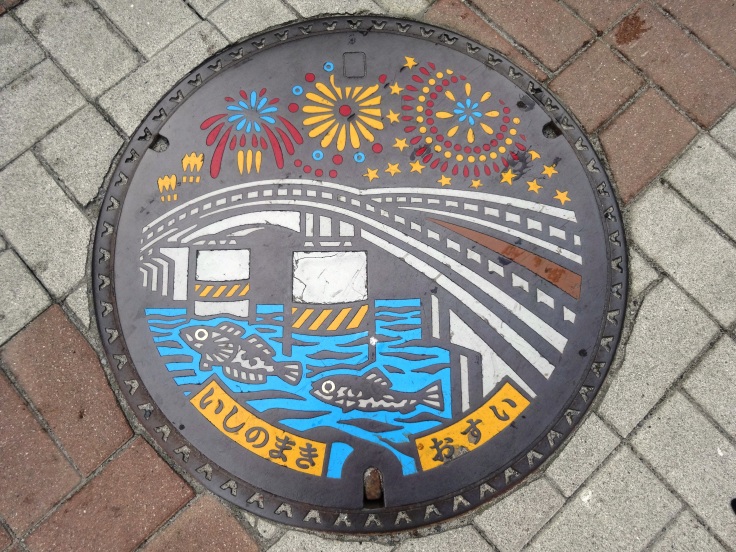 Colorful, isn’t it? Ishinomaki is known for its summertime fireworks display, where 15,000 rounds light up the night sky over the city’s bridge. Aside from the Sendai Tanabata fireworks, it is one of Tohoku’s best-known hanabi festivals.

But since March 2011, Ishinomaki is also known for other reasons … mostly as being one of the towns hardest hit by the devastating tsunami that took the lives of over 16,000 people. And three years later, despite the strides that have been taken, Ishinomaki still feels like a ghost town.

My husband was part of tomodachi sakusen, or Operation Tomodachi (Friend), the military operation that sent US personnel to the affected zones mere days after the tragedy had occurred. Our trip to Tohoku was punctuated by his recollections – talking about the devastation around Sendai airport, pointing out the school in Ishinomaki where they assisted students, noting the piles of scrap metal still present near the coast. I have seen his photos but can’t fathom the devastation he witnessed. And while so much of that devastation has been cleaned up, Ishinomaki still feels like a town in a time warp. There are new homes but few people. Machines are still digging out muddy rice paddies and the roads are crowded with trucks upon trucks upon trucks, all hauling away debris … three years later.

I hope someday soon Ishinomaki will return to the point where it is once more known for its fireworks celebrations and not its sad role in one of Japan’s greatest natural disasters.