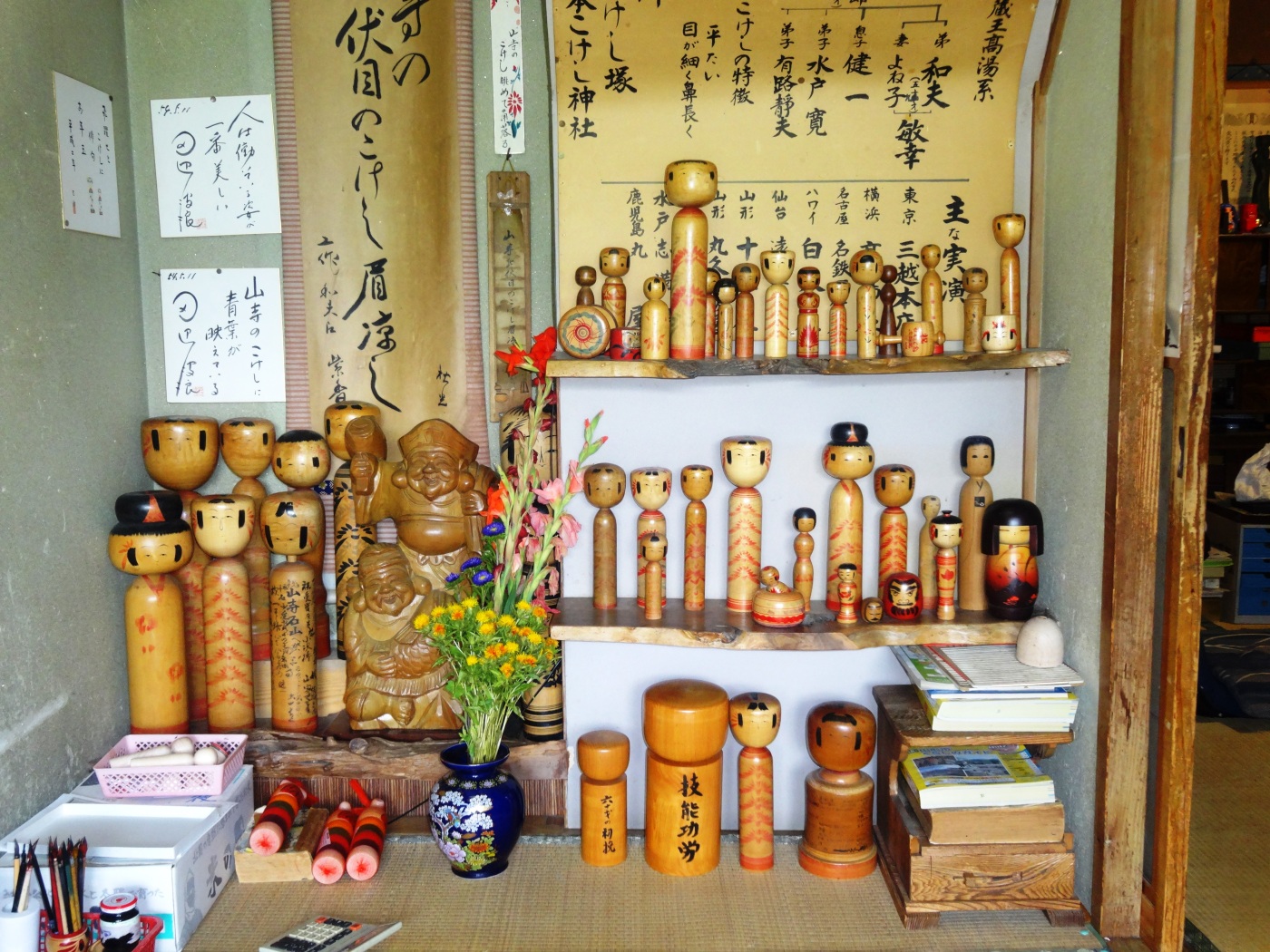 During our trip to Tohoku earlier this month, we encountered shops and shops of kokeshi dolls. Kokeshi are wooden dolls with heads and bodies only, traditionally made only in the six northern prefectures of Japan’s Honshu Island.

The history of kokeshi is a bit murky. My research shows that kokeshi were first created in the mid 1800s by Tohoku woodworkers as souvenirs for the visitors who flocked to the region’s onsen baths. Some sources say they were used as massage tools by the bathers … and we’ll just leave it at that. 🙂 Onsen bathers would often start collections of the various dolls from each region. A darker suggestion, however, is that kokeshi represent children who were victims of infanticide. Even up until the early 1900s, population “thinning” or child “selection” was a practiced method in rural parts of Japan. Unlike in China, where girls are rarely wanted, in Japan one child from a set of twins or deformed babies were occasionally disposed of by village elders, midwives or the mothers themselves. The doll was carved to replace the child lost. Still other sources claim that kokeshi were given to all children at birth and, when they grew older, the young soul would be stored in the doll and then burned, allowing the adult soul to live on.

Traditional kokeshi have only heads and tall, thin bodies with either black or red ink used for the decorations. The motifs were mostly swirls or flowers and varied based on the region from which the woodcarver hailed. Modern kokeshi, many of which are made in Gunma Prefecture, are usually squatter with rounder bodies. They often have carved black hair (in the bob style, with bangs) and colorful flower patterns. Some kokeshi are even marketed as “birthday dolls”, with their bodies bearing the plants of various months (cherry blossom for April, iris for June, maple leaf for November).

Different woods are used to give the dolls different base hues. Dolls made from cherry wood are darker while Japanese maple turns out a lighter doll. Dogwood is extremely popular due to its softness and pliability – traditional kokeshi dolls were made using hand-turned lathes so a softer wood would have been essential.

You can find traditional kokeshi in various towns and tourist destinations around Tohoku and creative, modern kokeshi can often be purchased at airport gift shops and department stores.