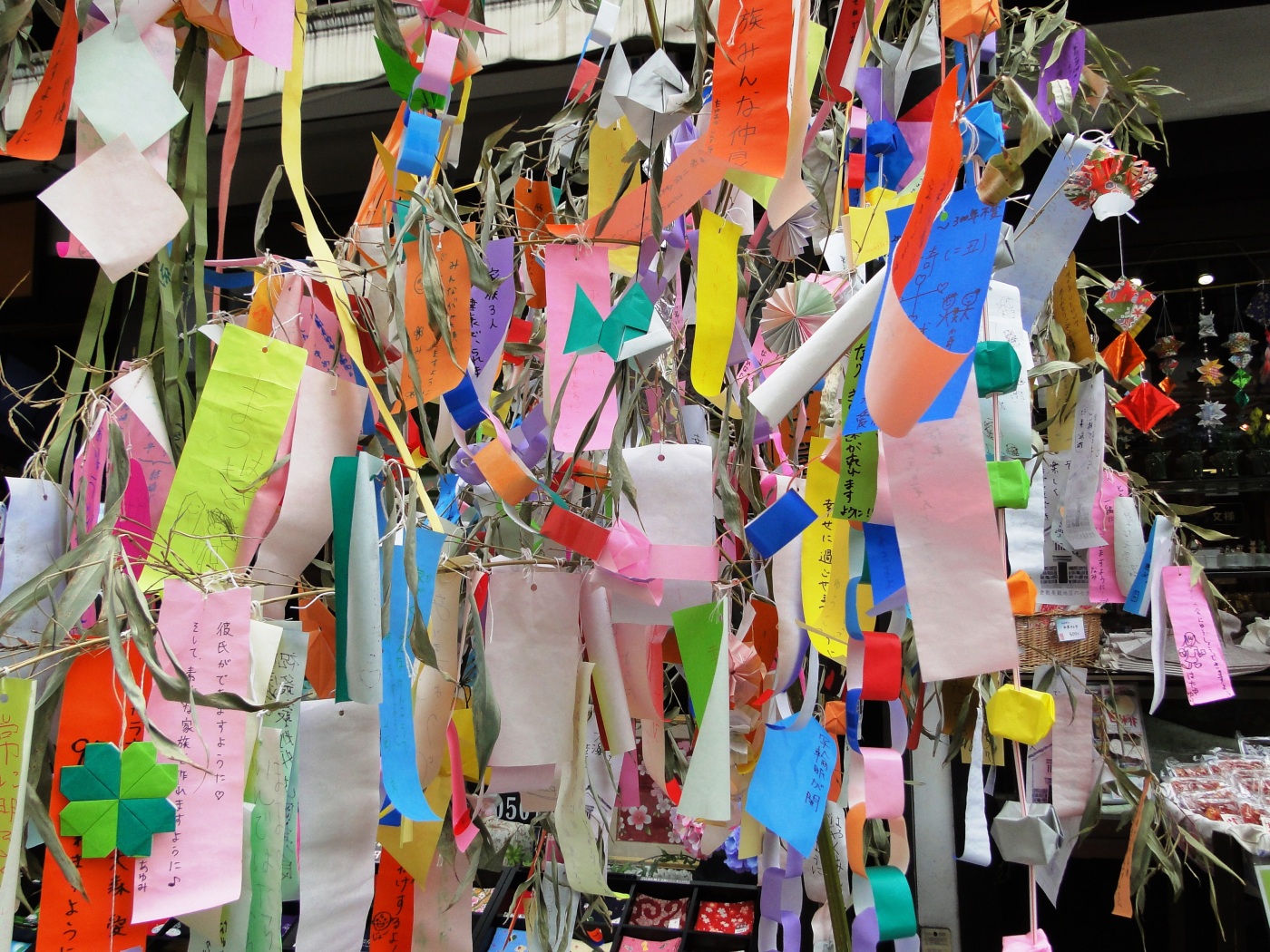 Today, July 7th, is Tanabata, one of Japan’s more colorful national festivals. The holiday is officially celebrated on July 7th, but in the weeks leading up to it, bamboo cuttings begin appearing outside shops and in front of department stores, near train stations and next to shrines. People write their wishes on colorful strings of paper and attach them to the bamboo tree, in the hopes that these wishes will come true. We actually just did that this morning at my daughter’s preschool. She wished to be a princess – what three year old doesn’t? 🙂

The meaning behind Tanabata, however, is a bit more somber. The festival is based on the old Chinese legend of two celestial bodies, the stars Altair (the cow-herder) and Vega (the princess). Known to be lovers, the two became so consumed with each other that they apparently began neglecting their godly duties. As punishment, their fellow deities separated them to opposite sides of the galaxy. The two stars now spend the entire year separated by the Milky Way, only to meet on the 7th day of the 7th moon for a long-awaited rendezvous.

In days past, Japan followed the old lunar calendar, meaning Tanabata really fell in mid-August. Because of this, some cities in Japan still celebrate Tanabata later in the summer. So if you missed the fun in early July, head north to Sendai in early August for one of Japan’s biggest Tanabata Festivals. I’m hoping to be there this year … fingers crossed!