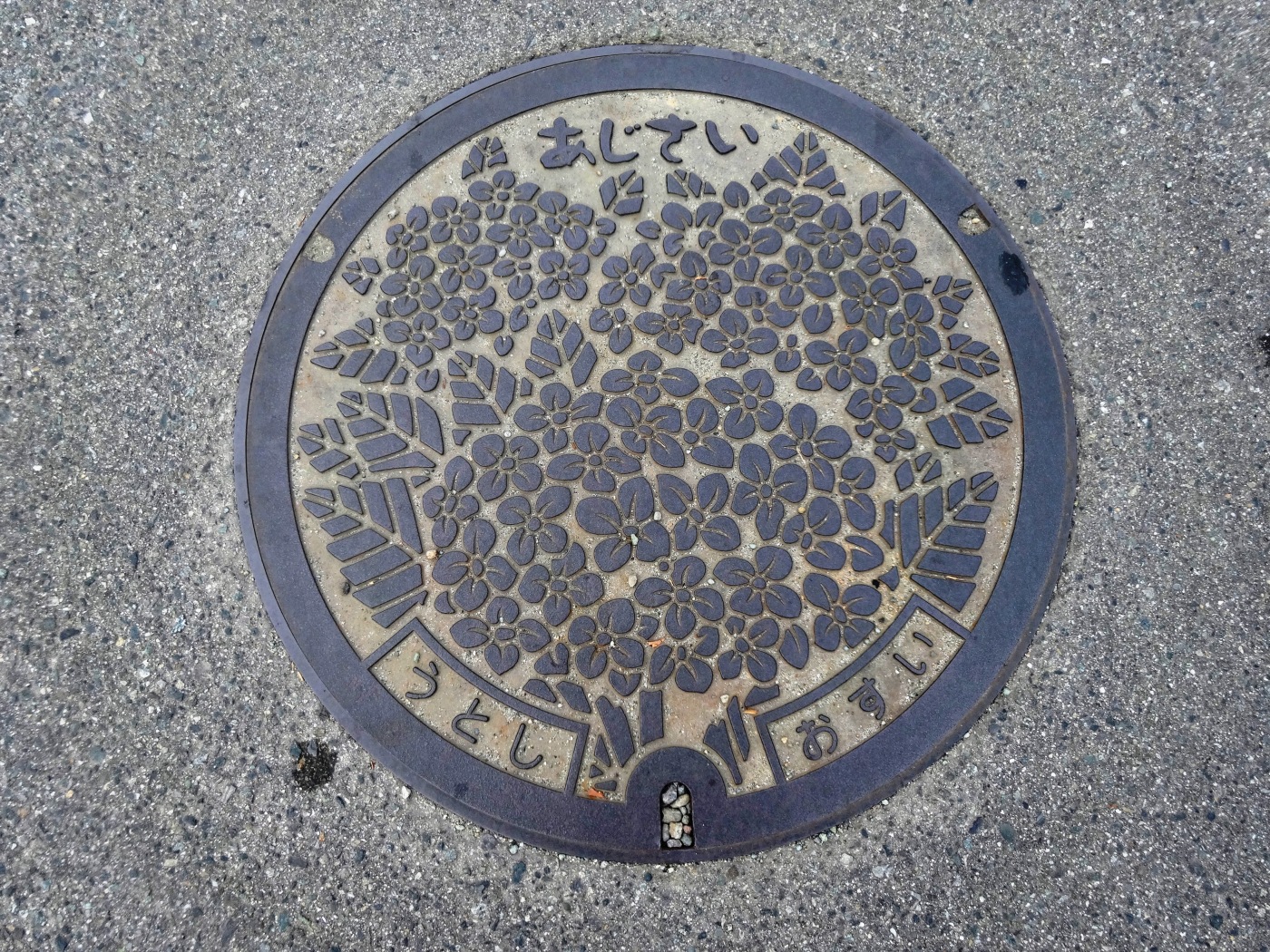 Kumamoto is a surprisingly big prefecture. I live in Kumamoto city, which is on the western coast of Kyushu and practically touches the Ariake Sea. A solid hour’s drive to the east brings me to the Mt Aso region and the border of Kumamoto, Oita and Miyazaki prefectures somewhere in central Kyushu. A solid hour’s drive to the west, however, and I’m still in Kumamoto prefecture, just entering the Amakusa area and the islands off of Kumamoto’s coast.

Uto (also written on signs as Udo) is one of the small towns on the way to Kami-Amakusa, the first of the islands’ larger towns. Uto at first seems to be one of those blink-and-you-miss-it kinda places and its one-horse train station doesn’t hold much promise. But if you follow the signs back into the rice paddies, you come across a lovely local pottery museum, a few old crumbling kilns, a still active kiln and a beautiful pottery gift shop with the sort of hilltop vista you’d kill for.

So naturally, I expected the Uto manhole cover to have something to do with pottery. It doesn’t. See below:

I suppose it’s appropriate to post this cover in June as it’s hydrangea season (and the word at the top of the manhole cover is ajisai, or hydrangea) but on my last drive down to Kami-Amakusa (the first weekend in June), I wasn’t exactly seeing hydrangea in Uto in overwhelming numbers. Still, it’s a pretty design nonetheless and if you’re ever in Uto, don’t miss the pottery!