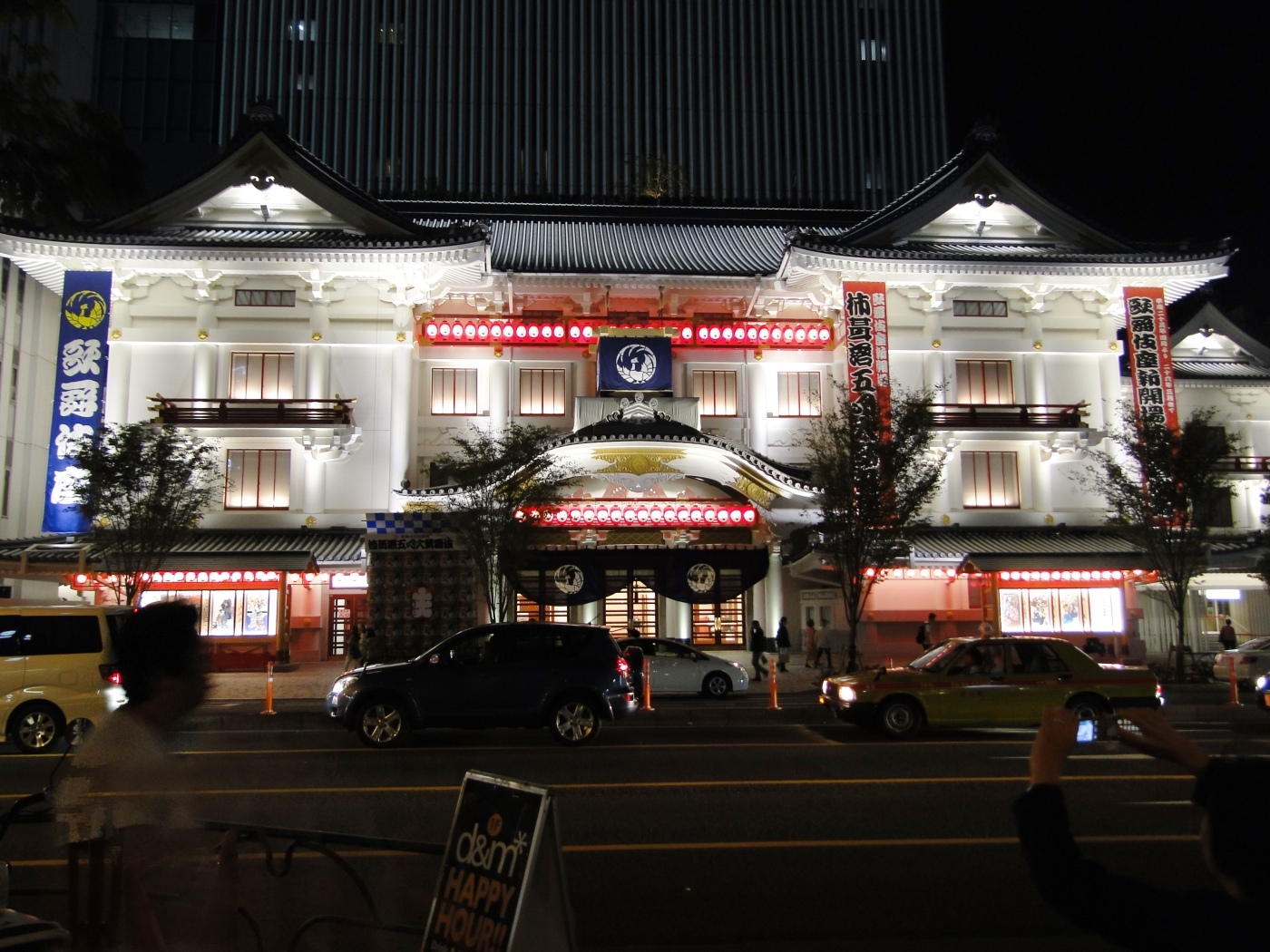 You may be a little fuzzy on noh and there’s an excellent chance you haven’t heard of kowakamai, but I’m betting most of you are familiar with kabuki. Granted this centuries-old performing art is not for every one (a bit too much warbling for me) but it’s highly likely you’ll come across kabuki at some point during your travels in Japan.

Kabuki was “founded” by Izumo-no-Okuni, a miki (shrine maiden) originally hailing from the Izumo Grand Shrine in Shimane Prefecture. She began performing a new style of singing, dancing and acting in Kyoto in 1596 that eventually came to be called kabuki. Gathering up many of the women of “questionable” repute in the Gion neighborhood – outcasts, orphans and prostitutes – she taught them the skills needed to put on plays. They would stage performances at what was then part of the Kamogawa’s dry riverbed.

As all of Okuni’s performers were female, it was necessary for them to play the roles of both men and women in the plays. Okuni herself was best known for portraying samurai or Christian priests in her stories. In a complete reversal of its founding principles, in 1629, shogun Tokugawa Iemitsu forbade the participation of women in kabuki theater. To this day, kabuki is still exclusively a men’s art and the actors that portray female characters on stage (known as onnagata, meaning “woman’s manner”) usually receive much acclaim. In the Edo era, all actors were required to shave their heads and full wigs were not permitted to be worn. Onnagata wore a purple silk cloth on their forehead to lessen their masculine appearance, a look that can be seen in many ukiyo-e prints from the period.

You can see kabuki performances in both Tokyo and Kyoto, at the two main theaters in the country – the Kabukiza (Tokyo) and the Minamiza (Kyoto). Minamiza is the older of the two, but the Kabukiza fairly gleams these days, thanks to its multiyear renovation. (It just reopened last year.) Kabuki can be a long, drawn-out affair and not many people have the time or attention span (ahem, cough cough, that would be me) to sit through a three or four-hour performance. However, you can purchase one-act tickets on the day of  the performance (known as makumi) that allow you to sit through a portion of the show, usually about 40 minutes to an hour. Both theaters have audioguides with English commentary to help you sort out what you’re seeing and hearing.