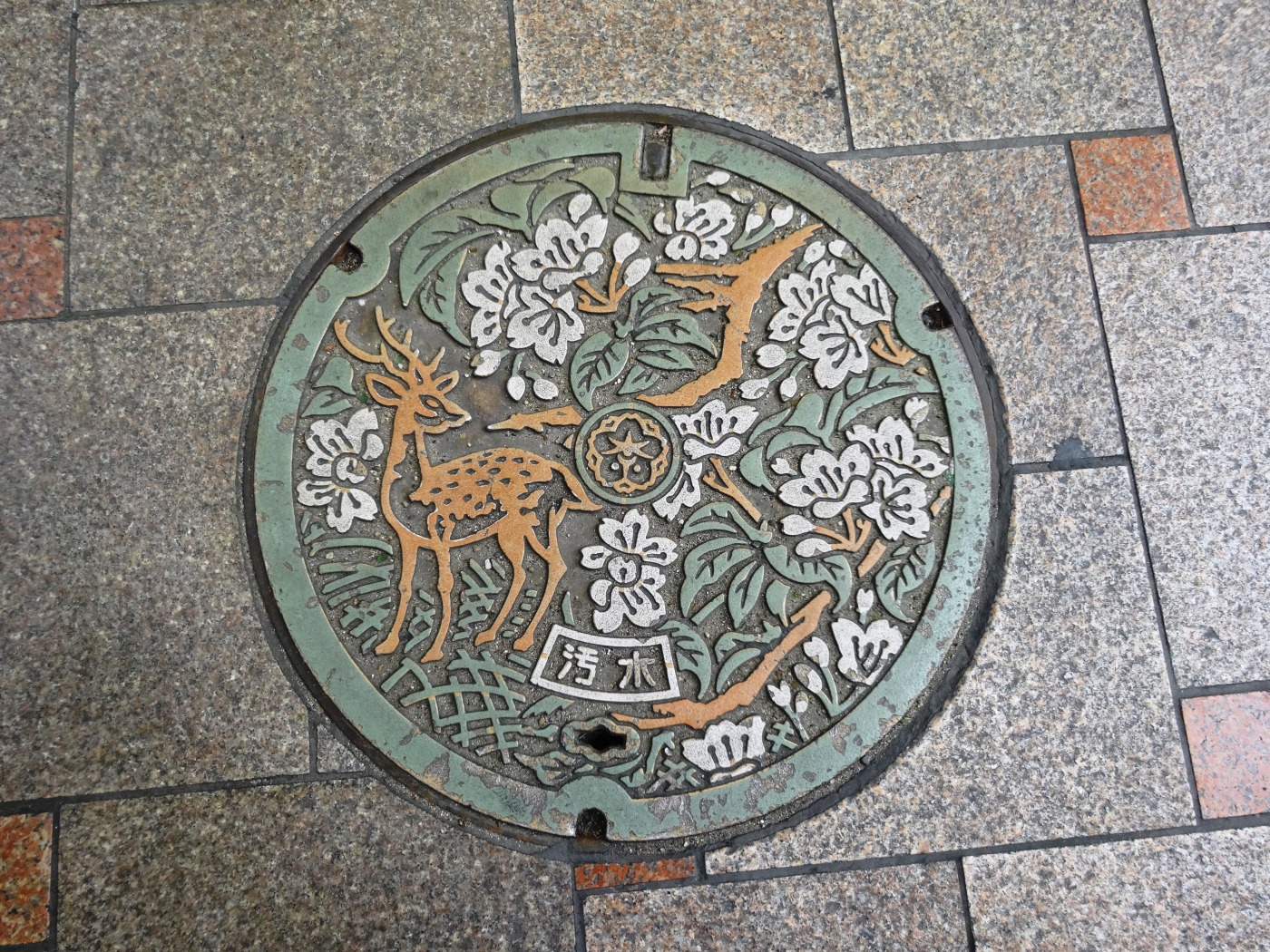 Nara, Japan’s first capital, is known for quite a number of things – its massive Buddha  in the Todaiji Temple, its sprawling parkland and its delectable rice-and-tea dish.

But let’s face it. Most people come for the deer.

Yup, the deer. All 1095 of them – living that is, not counting the ones that grace the Nara manhole cover as evidenced below.

Apparently, there have been deer in Nara Park since the early 700s. They are mentioned in the Manyo-shu, one of the oldest written accounts of daily and natural life in early Japan. Legend has it that one of the gods enshrined in Nara’s Kasuga Taisha rode into town on a white deer and the animals have been revered ever since.

Nara’s deer are watched over by both the municipal government and the Deep Supporters Club. You can find the latter stationed outside the satellite tourism office near Todai-ji Temple and they’ll happily ply you with information on the deer (leaflets available in English) and even engage you in trivia games. And should you like to get a close-up with the four-legged city residents, go ahead and buy a packet of rice bran and flour deer crackers. Without food and hand, don’t expect to get much “love”!