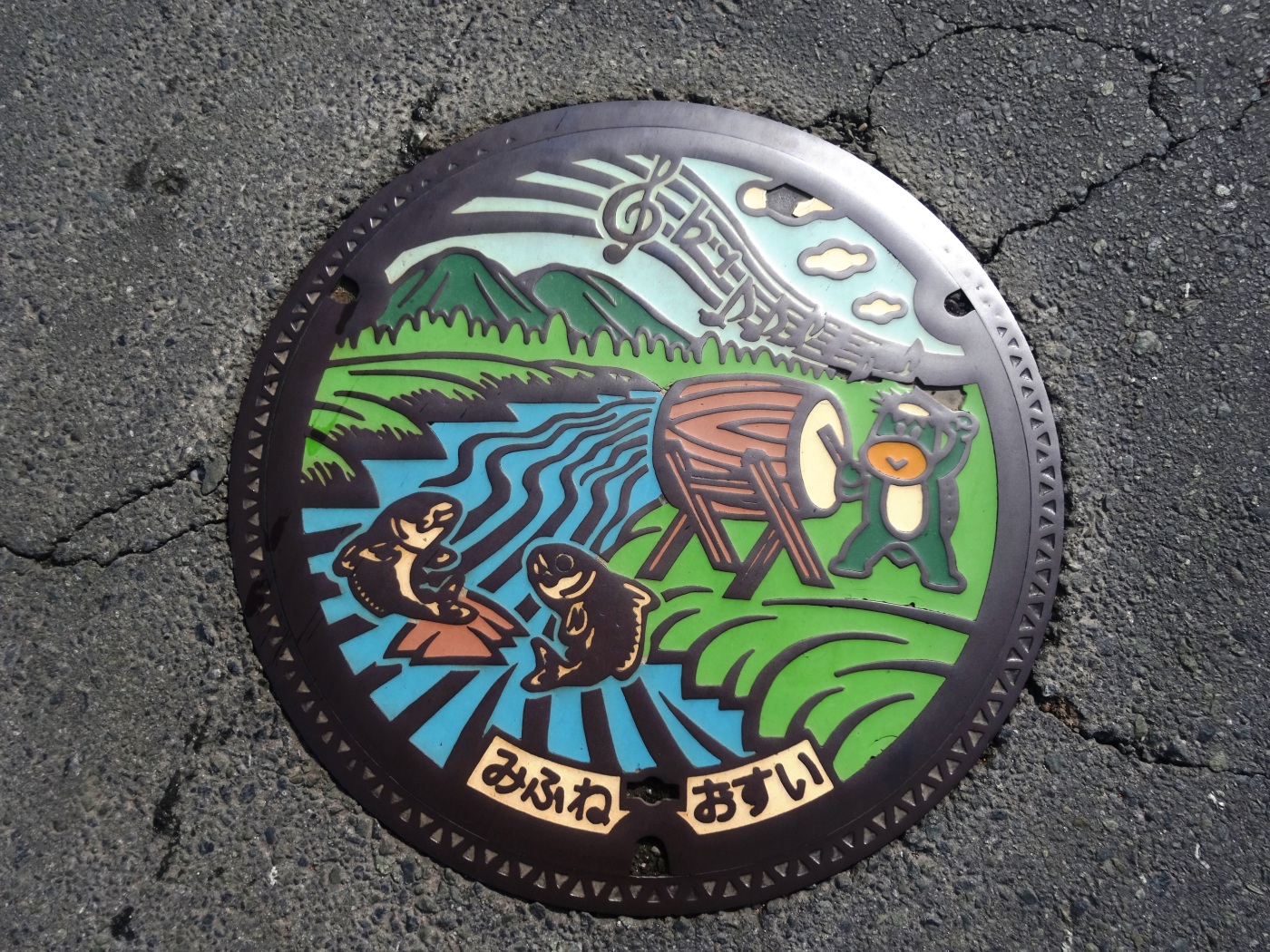 For such a small town in the middle of nowhere Kumamoto prefecture, Mifune has some pretty cool manhole covers. The first one I tracked down had dinosuars (dinosaurs!) on it, a bit of an advertisement for the city’s Dinosaur Museum. (No, I haven’t been yet but it’s too intriguing to miss!)

The other week, however, I was traveling through town and noticed that the design beneath my wheels wasn’t dinosaurs. So I pulled over the snapped a shot of this cover: 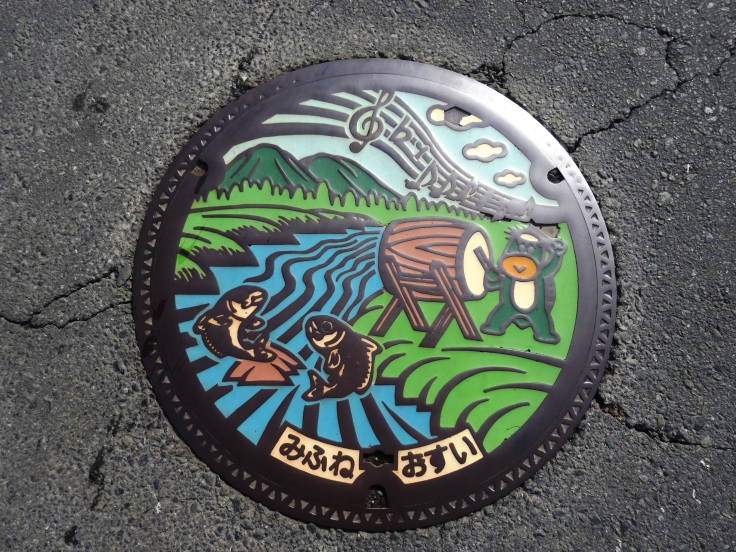 I truthfully don’t know all that much about this little town just south of my home city but there is a river running through it, hence the fishing. I do love the appearance of the kappa, a water sprite who causes trouble and allegedly kidnaps kids (depending on who you talk to he’s either a harmless thing or seriously bad dude). Kappas love cucumbers and that’s how you can appease them. Next time you order kappa maki (cucumber rolls) at the sushi bar, I bet you’ll spare him a thought! He’s playing a taiko drum, though again, I’m not sure of the reason. Perhaps there’s a festival here in the summertime … I’ll have to keep my eyes peeled!

One thought on “Manhole Monday: Mifune”