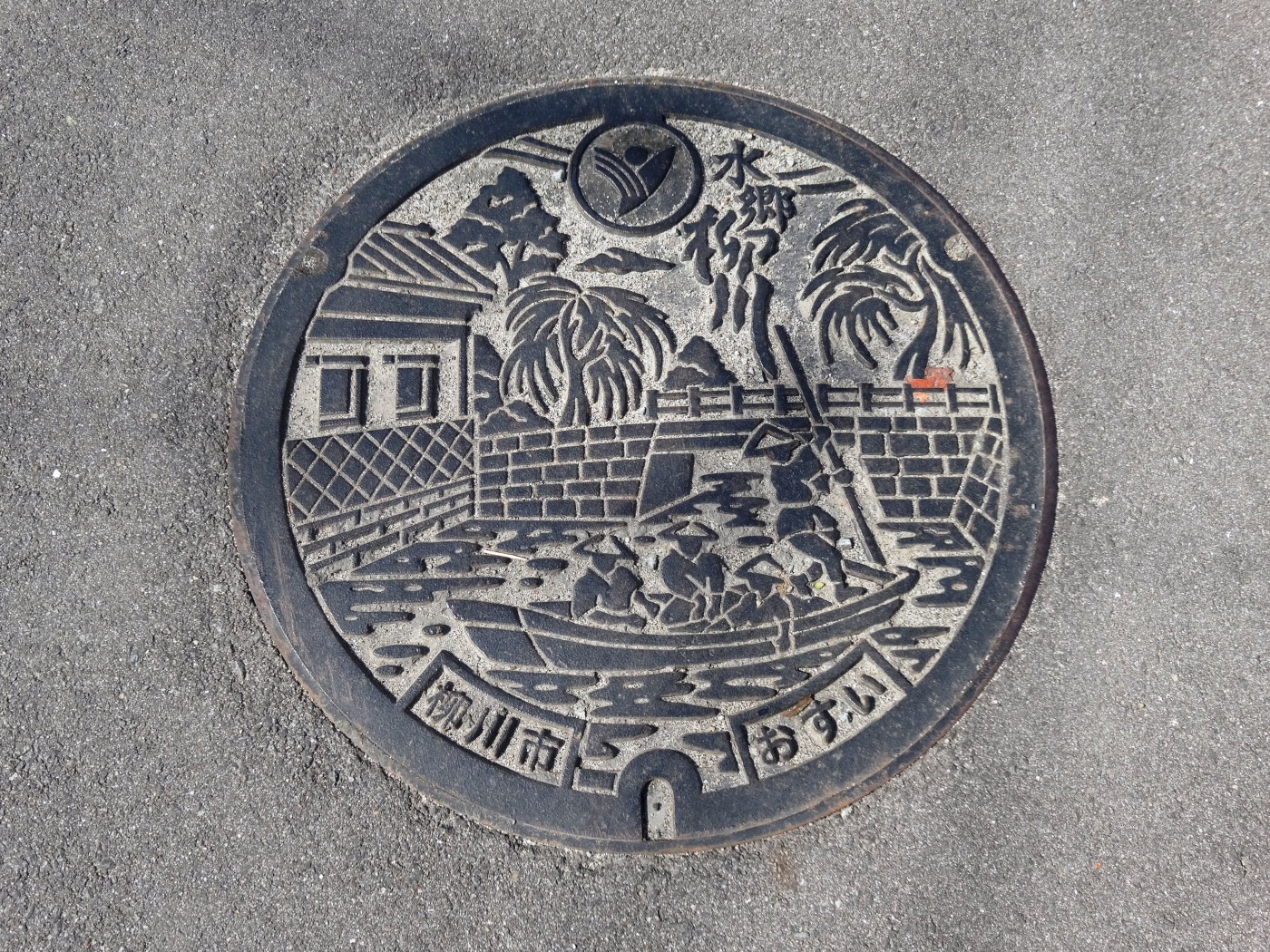 Along with fantastic displays for Hina Matsuri (the Doll Festival), the city of Yanagawa in southern Fukuoka prefecture is known for its canals. Though I’d been to Yanagawa before, I’d never managed to catch this particular manhole cover before:

The waterways crisscross the city and were once used as irrigation channels for the area’s crops. Now, however, the waterways are mainly plied by tourist boats (known here is donkobune), with men in conical hats and hapi coats poling their customers through the small city. A ride on the boats takes about an hour and you’re left off near a number of good restaurants that serve the city’s specialty of unagi (eel).

One thought on “Manhole Monday: Yanagawa”