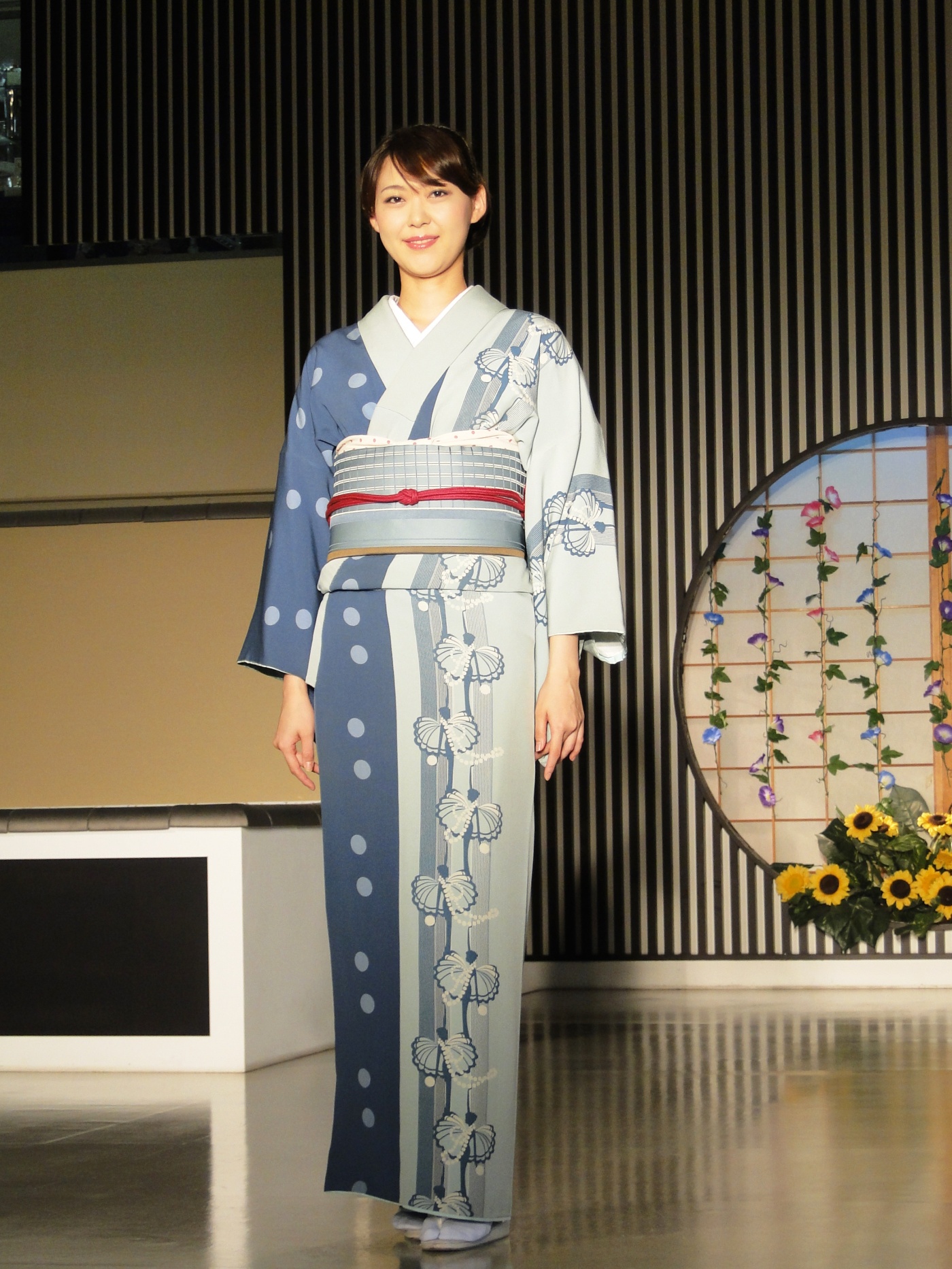 So I’ve lived in Japan for nearly five and a half years and I have never worn a kimono.

Well, not until a few weeks ago at least.

Since sometime last year, I’ve been meeting once I week with two lovely women/conversation partners who pretend not to notice how little my Japanese seems to improve. 🙂 Recently, we’ve been getting into some cultural topics and exploration, and one of my friends asked if I wouldn’t mind putting on a kimono during one of our sessions, as she wanted to practice her kimono-dressing skills.

Ummm, would I mind?? Heck no! Some places in Tokyo and Kyoto charge a serious chunk of change for this opportunity and I wasn’t going to let this (free) chance pass me by.

The word kimono (literally meaning “the thing that is worn”) once used to refer to all clothing in general. The oldest type of kimono that would most closely resemble what we call a kimono today originated in the Heian Period (794-1192). Before that, most clothing consisted of either an upper piece and a lower piece (like pants or a skirt) or a solid piece of fabric that was tailored to a person’s shape. In the Heian Period, a new technique emerged called “straight line cutting” that meant one style of garment would ostensibly fit any person, no matter their body type.

Soon, the upper classes were layering their kimono for the colder months (you can still see this style at some shrine festivals in Kyoto). Many also started to pay attention to color combinations, which could signify either seasonal changes or political affiliations. In the 14th-16th century, warriors would dress in colors representing their leaders and with so many leaders at times, it must have felt like an endless fashion show.

Kimono wearing declined severely as modernization ramped up during the Meiji Era (1868-1912). There was even a rule in place (now repealed) that required any government or military personnel to wear Western clothes when attending an official function or ceremony.

In recent years, kimono wearing has seen a resurgence as the rush of globalization causes many around the world to cling to traditional customs lest they be lost. You still won’t find kimono wearers en masse (unless at a festival), but it’s a rare day in major cities where I don’t see at least two or three women in kimono and occasionally a man as well. Some designers like Mamechiyo are even reimagining the kimono, marrying the traditional design with modern patterns like polka dots and bold prints.

Still, fewer and fewer people know how to actually dress – either themselves or anyone else for that matter – in kimono or even tie the knot on the obi (sash) of a yukata (summer kimono). I had no idea how complicated it was myself but stay tuned for the next entry and I’ll take you through the process of what wearing a kimono actually entails.