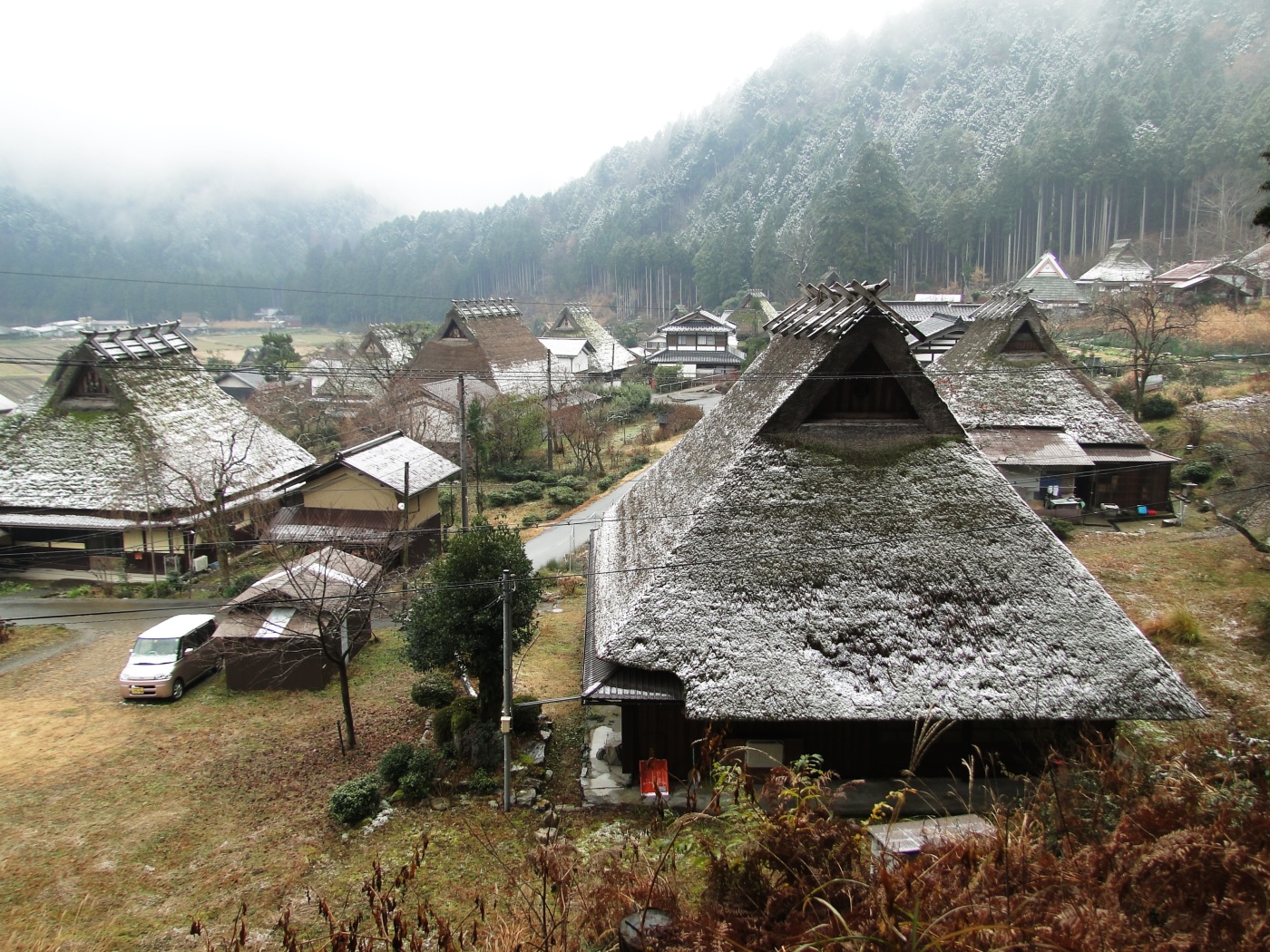 After three weeks back in the US for the Christmas and New Year’s holiday, it feels good to be home again. Sure, it’s winter here too but oh. my. gosh. it was COLD in the Northeast. The three or four times it snowed did seem magical in the beginning (and we even got enthusiastic about shoveling, which pleased our parents to no end), but the bitter cold that swept the country in the few days after New Year’s made going outside for even a few minutes feel like an Arctic expedition.

Here in Japan, I hadn’t seen snow since our vacation to Nagano back in late April of 2009. We traveled the Tateyama Kurobe Alpine route over my birthday weekend and then, a few months later, packed up our house and moved to the subtropics of Okinawa. Goodbye seasons. And here in Kumamoto, it gets cold (thank you, jet stream from frigid Korea) but rarely snows. So I have to say I was more than a little excited when – while on a last-minute writing gig for the Japan Times in mid-December – the flakes started to fall thick and fast as our bus pulled into the mountain hamlet of Miyama in northern Kyoto prefecture.

You’ve probably never heard of Miyama (also known as Miyama Kayabuki no Sato, or Miyama Folk Village). I certainly hadn’t. But there’s a good chance you’ve seen villages that look just like it, namely the thatched roof communities of Shirakawa-go and Gokayama in Gifu prefecture. All of these villages boast the extremely photogenic gassho-zukuri, or praying hands, houses that were once the typical construction style of rural Japanese farmhouses. Two of these villages also get quite overrun on a daily basis with busloads of tourists clogging the streets. Yet the narrow laneways of Miyama remain virtually empty, even on weekends, meaning you can enjoy the same atmosphere as the more famous villages without bumping into hordes of amateur photographers at every turn.

So what keeps Miyama so devoid of tourists? Given that it has the highest concentration of thatched roof homes of ANY of the villages, it’s surprising that not more people try to visit. Accessibility is certainly a factor – a bus runs occasionally from Wachi station in Kyotamba, but other than that, you need your own wheels to get here. And while Shirakawa and Gokayama have folk parks/museums and minshuku (guesthouses) where visitors can spend the night, Miyama is mostly just a workaday village. There is a small folk museum near the top of the village that showcases old farming equipment and local paraphernalia and gives you a good look at the (inside) roof structure of a thatched house, but English signage is nonexistent (though in winter the warm cup of tea provided on arrival may be worth the ¥300 admission charge).

No, the highlight of Miyama is simply a stroll through the streets. When I went snow was dripping off the straw eaves and late season persimmons hung heavy on their branches in postage stamp-sized gardens. It’s worth climbing up to the tiny Inari shrine at the edge of town for a view over the village and surrounding mountains. A few cafes are scattered about and an indigo museum (closed on the day I visited, sadly) might provide a nice diversion. Those who need more of a thrill to their sightseeing will find that an hour or two here is more than enough. But those looking for “the real Japan” without the crowds might be tempted to stay overnight in one of the village’s three minshuku. You can’t get too much further from the bright city lights than this.