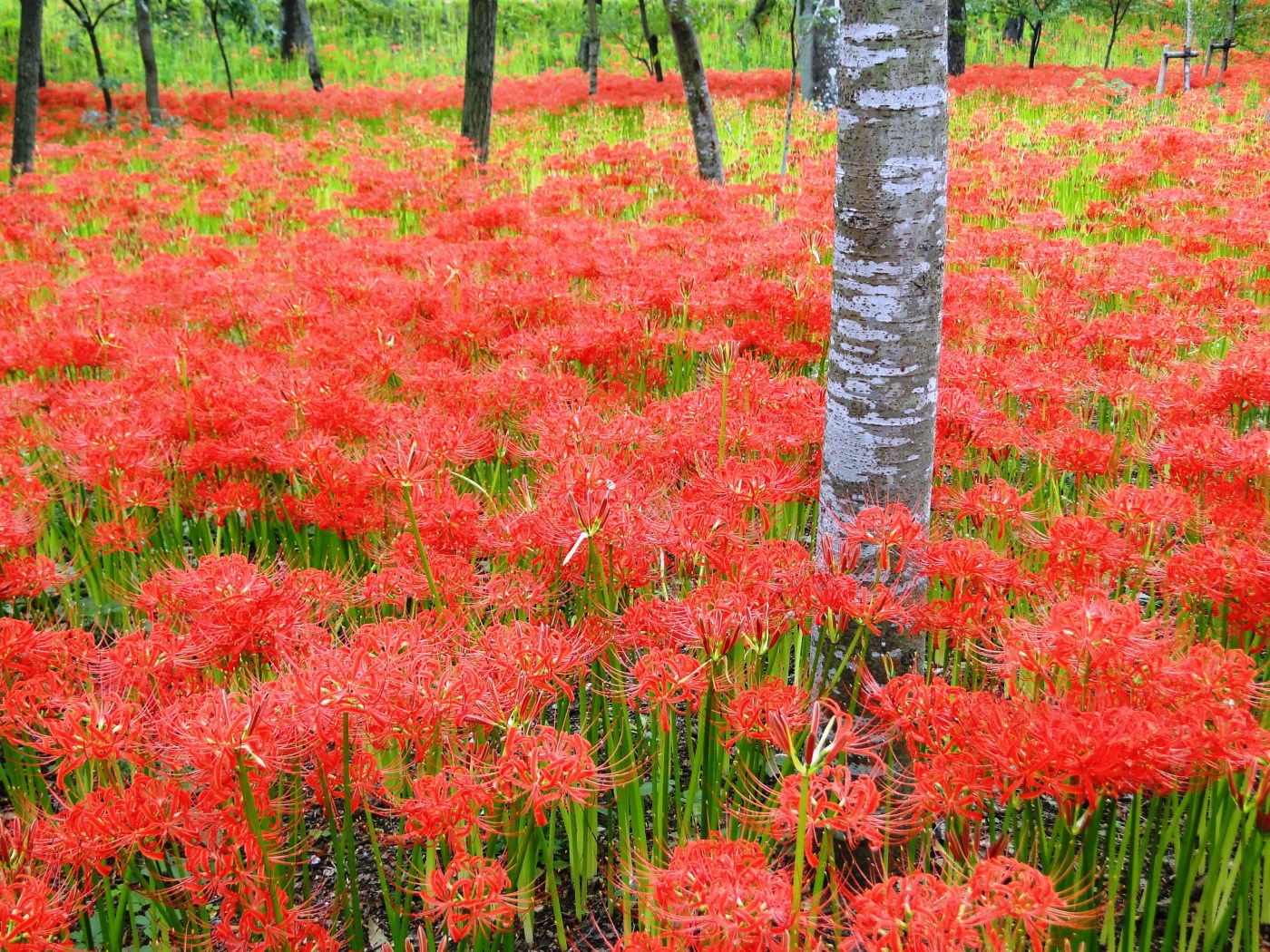 A few days ago, I shared the first five of my ten favorite photos from my travels in Japan this year. Here are the rest, in no particular order: 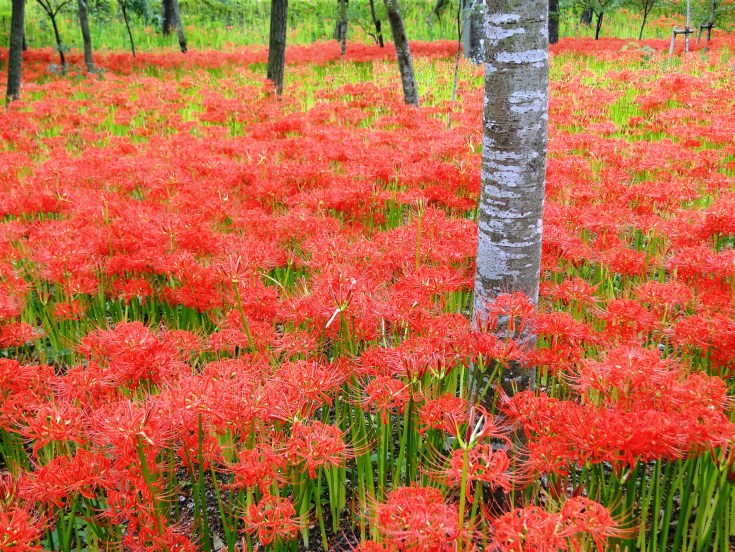 I’d seen photos of the spider lilies in Kinchakuda Park in Saitama (outside Tokyo) earlier this year and put it on the “see one day” list. Then my husband went on a series of back-to-back business trips and I began to get itchy travel feet. So with some airline miles and 48 free hours, my daughter and I flew up to Tokyo in September for a quick getaway. She got a visit to the Anpanman Museum; I indulged in some beautiful scenery just north of Tokyo. I’ve carefully taken this shot to crop out the crowds but really, in the end, the constant flow of people didn’t infringe too much upon my enjoyment of this place. 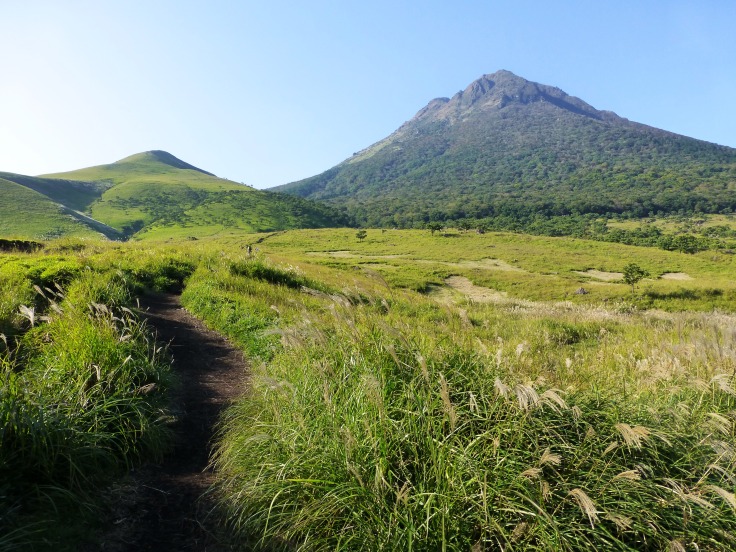 It had been awhile since I had laced up my trusty hiking boots and hit the trails, in Japan or anywhere else in the world for that matter. But with perfect weather and a long weekend with no commitments back in October, my husband and daughter and I decided to tackle one of Kyushu’s 100 famous mountains – Mt Yufu (Yufudake). The views were stellar and it was invigorating to be out on the trail … until the soles of BOTH of my boots completely peeled off on our ascent and I had to rely on the kindness of strangers and a ton of duct tape to fashion a pair of shoes capable of getting me both up and down and the mountain. Perhaps I should have chosen that picture instead. 🙂 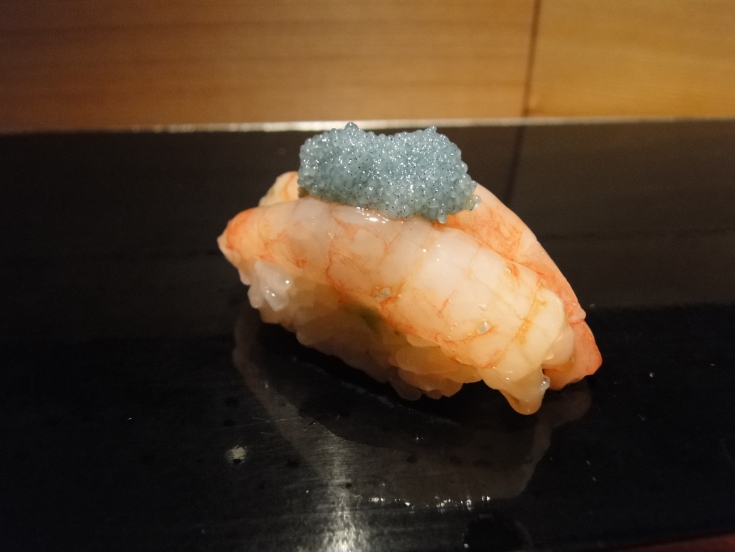 I apologize for the slight blurriness of this picture. I need both a new camera (suggestions, anyone?) and a tutorial on shooting food. I’m lucky I took any photos at all at this sushi bar (alright, I’ll share … it was Otomezushi) in the backstreets of downtown Kanazawa. In truth, I don’t need them to remember practically each and every piece of sushi I ate that night. Oh my lord, I have never eaten such meltingly good sushi in my life. In. my. life. I had known that Kanazawa, being situated right on the Sea of Japan coast, was celebrated for their sushi but I hadn’t realized until that evening to what extent. Granted, I’ve never forked over $300 or $400 to sample the good stuff in cities like Tokyo, but that wasn’t even necessary here. My dinner here ran me only ¥8600 ($85). I make a point to eat a lot of good food here in Japan but this was above and beyond. 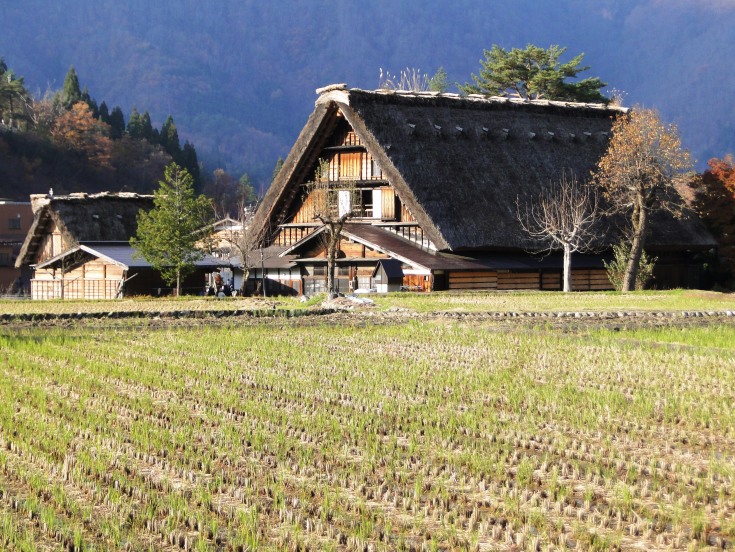 There’s no denying that Shirakawa-go is pretty heavily visited. I was actually quite surprised at the busloads of tourists that swarmed the small village on the Sunday I was there last month. But you know what? Walk about twenty feet off the main drag and nobody’s there. There are plenty of chances to stop, soak in the scenery, marvel over the architecture and just feel happy to be exploring such a scenic part of Japan without meeting too many other souls. I loved my wander here. Maybe it was the crisp air (my first taste of winter) or maybe it was the setting (snow-capped mountains lay just at the edge of the valley) but my time here was extremely rewarding. 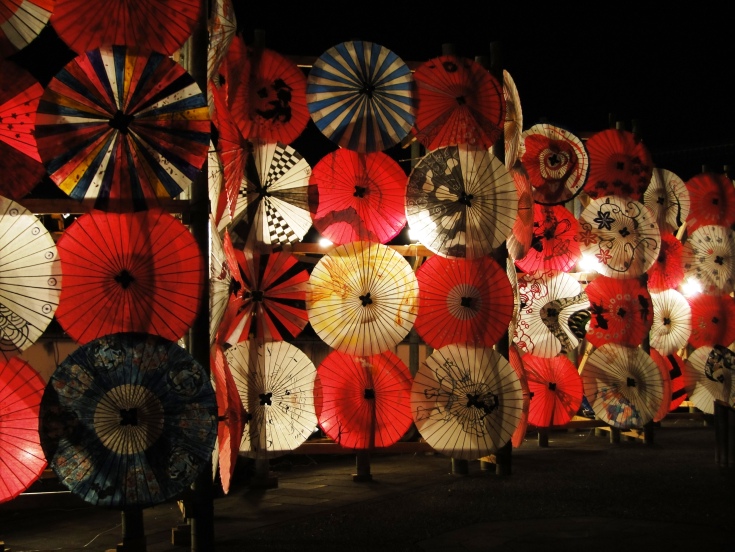 Choosing this photo was incredibly difficult because in reality, it doesn’t just represent the magical lantern festival in Yamaga. It represents a year of discovering my new home, traveling the highways and byways of Kumamoto and stumbling over some of the prettiest places I’ve had the pleasure of encountering. This prefecture deserves so much more credit than it actually receives. I can understand why – someone with two weeks in Japan isn’t necessarily going to take an in-depth tour of the hinterlands of Kyushu. If you’re time is unlimited, however, don’t pass us by. Fields of cosmos in the shadow of Mt Aso, volcanic hot springs in Kurokawa, an 8th century castle in Kikuchi, the suspension bridges of Gokanosho … any of those could stand in for this tenth photo. So thanks, Kumamoto, for giving me some of my favorite adventures right here in my own backyard.