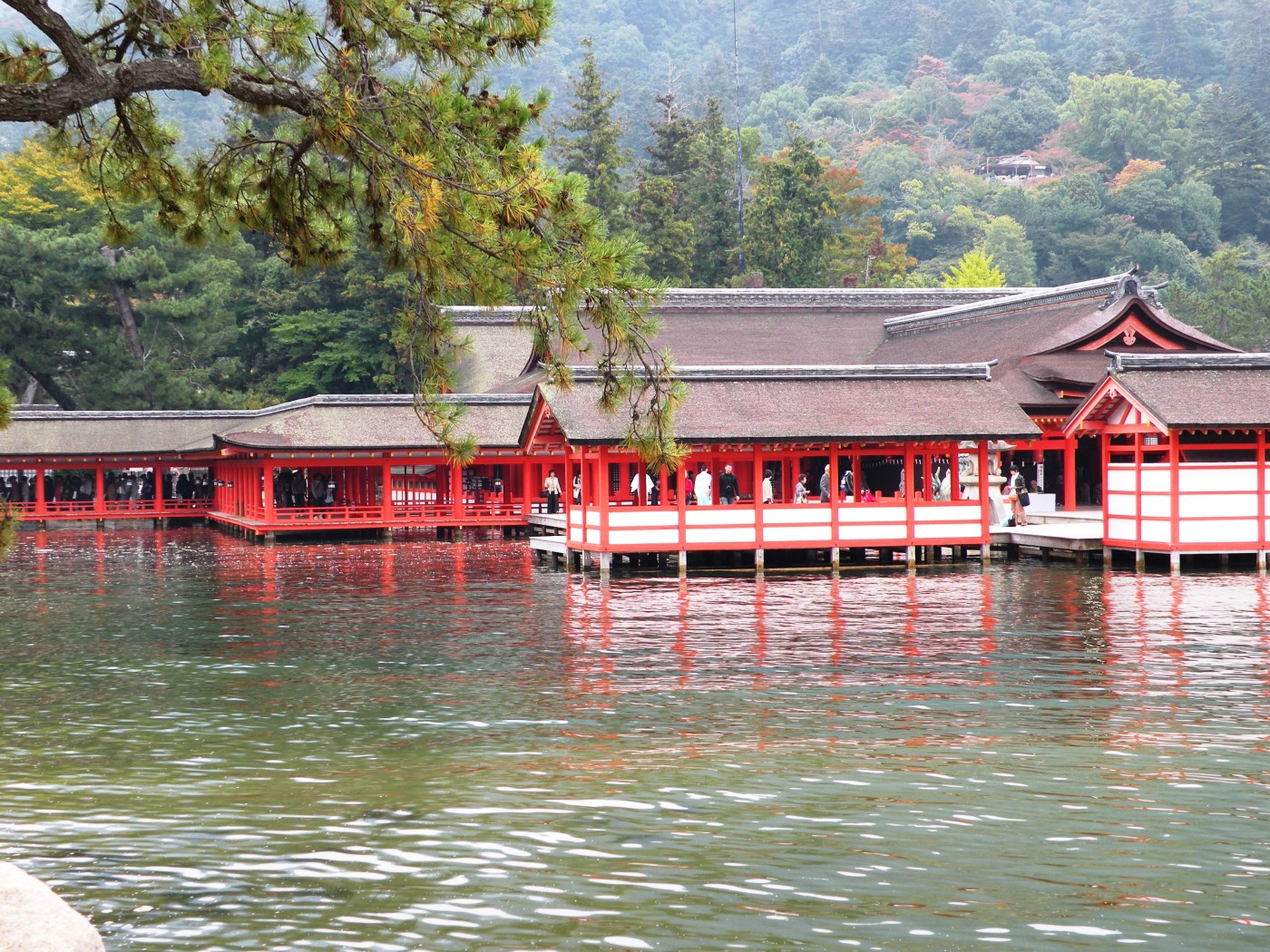 Miyajima is one of those places that you may not have heard of but you absolutely recognize from the pictures. Here you go – look familiar?

This floating torii gate is one of the top 3 most famous views of Japan. What most people don’t realize is that the torii gate is merely the massive entrance marker to the Itsukushima Shrine, itself a site worthy of a place on your itinerary.

The Itsukushima Shrine lies at the edge of the island of Miyajima, whose name actually means “shrine island”. The shrine was built near the end of the Heian Period (the Golden Age of Kyoto, in a sense) by Kiyomori Taira, arguably the most powerful man in Japan at that time. He selected a spot at the base of holy Mt Misen (an important place of Shinto worship) on an island just off the coast of present-day Hiroshima. What he didn’t forsee, unfortunately, was his family’s life-changing downfall at the Battle of Dan no Ura in 1185 – luckily for Itsukushima, the family’s loss didn’t affect the shrine’s continued popularity with the uppercrust of Kyoto society and the splendor of the site was maintained throughout the Middle Ages. Itsukushima did have to contend with numerous fires, strong typhoons and later political instability, but it weathered them all and still remains a notable place of worship to this day.

Perhaps the feature that makes the shrine so “cool” to visitors is the fact the it looks like it was built on the water. The tides around Miyajima contribute greatly to that effect and my own visit to Miyajima came at a rather unphotogenic hour of the day – the torii gate’s pillars were exposed at their base but the water had not yet receded far enough out as to allow visitors to walk out to see the gate up close. It just looked like some giant architect had forgotten to finish hammering the torii into the sea.  If you’re desperate to catch sight of the gate and shrine “floating” on the waves, be sure to check the tide charts and consider spending the night on the island.

Miyajima is easily reached by ferry from the docks near Miyama-guchi station (70 minutes by tram from central Hiroshima or 40 minutes by regular train). In the summertime, there are also ferries that leave from the Peace Park in central Hiroshima. Itsukushima shrine is just a short stroll from the boat dock, though beware the herds of hungry deer on your walk. They’ve been known to eat brochures and tour books just as easily as biscuits. 🙂

Entrance to the shrine is ¥300; on many evenings, the buildings and the torii gate are illuminated. If you want to know more about the shrine’s history and its buildings, the Miyajima Tourist Association has a wealth of information.