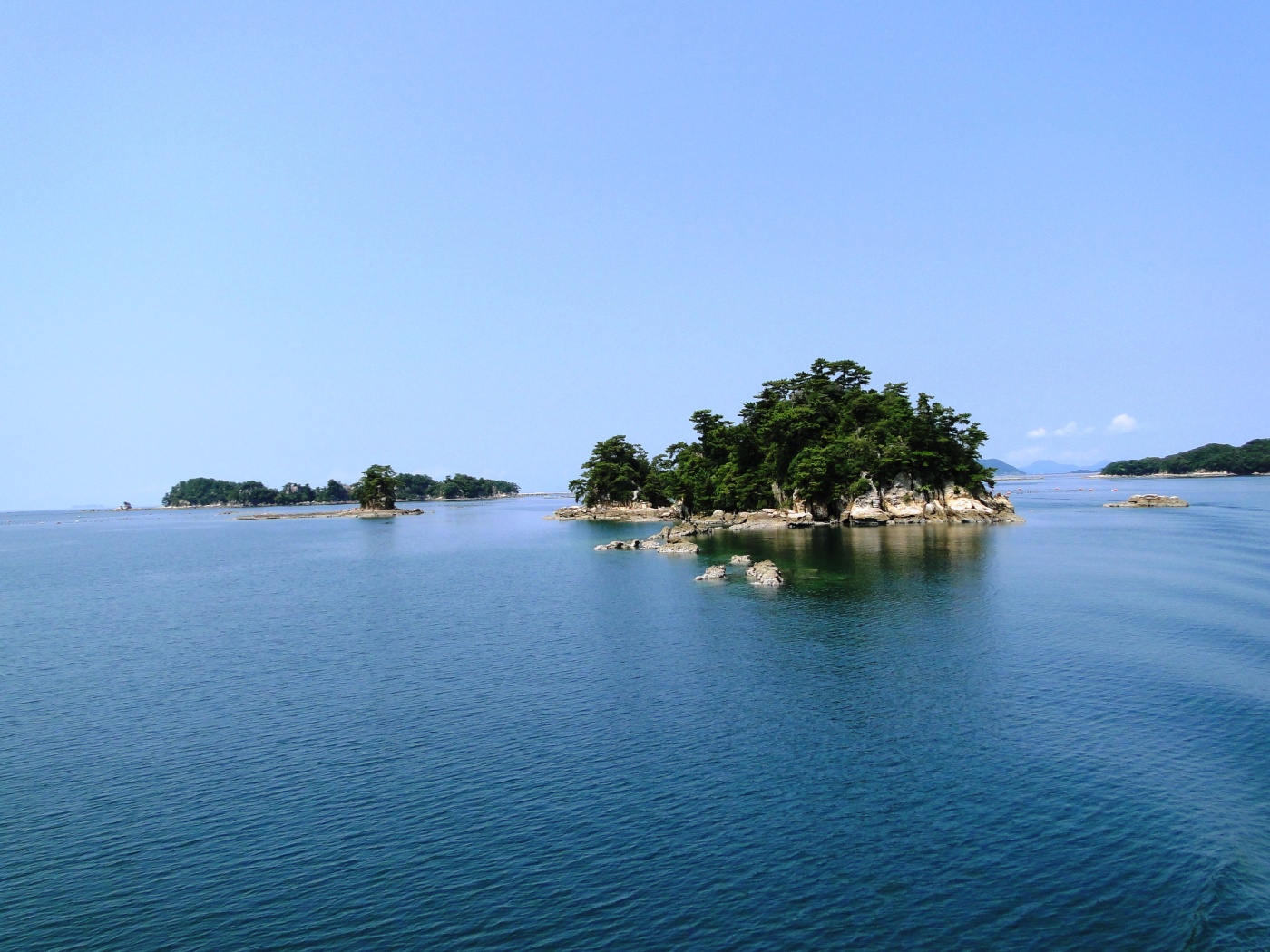 The term “kujuku” literally means “99” in Japanese, but it has also come to mean something uncountable. There might not be an infinite amount of islands dotting the bay off the coast of Sasebo city in Nagasaki prefecture but there are a heckuva lot more than 99! You can see a few dozen of them on one of the daily cruises that leave from the Saikai Pearl Resort.

According to the pamphlet I picked up, there are actually over 200 little rocky outcrops that lie just off the shores north of Sasebo city. Some are forested, some are bare dirt and a handful support small communities. Sadly my pictures don’t do justice in any way to the beauty of this area, but if you want a professional “viewpoint”, just watch the opening flyover scene of The Last Samurai. The Kujukushima area features prominently.

You can’t actually set foot on the uninhabited islands, but a 50 minute cruise on the Pearl Queen – a large white ferry – weaves in and out of the park’s coves and gets you pretty close to a number of the islands. The Pearl Queen sails every hour on the hour from 10am to 3pm (no noon sailing) and an adult ticket costs ¥1200. For families with young children, a red pirate ship known as the Kaiou (Sea King) plies the waters off Sasebo at least three times a day (11:30am, 1:30pm, 2:30pm). During summer vacation and the Golden Week holidays, these cruises include games with costumed pirates and ship-board treasure hunts.

For a bit of a “greener” tour of the islands, there are also 12-passenger skiffs that can be rented for small groups and even traditional Japanese boats propelled with a scull (long paddle). If you have teenagers looking to burn off a little energy, considering taking to the waters in a single or double kayak.

Cruises leave from the end of the pier at the Saikai Pearl Resort just north of Sasebo city. The resort can be reached easily by car (well-signed from downtown) or via a shuttle from the Sasebo train station. Tickets can be purchased same day (cruises might fill up about 30-60 minutes before sailing time in peak periods) from the counters inside the cruise terminal. All commentary on board is in Japanese and English, but ask for the more detailed English leaflet at the ticket counter. If you have extra time, the neighboring aquarium is actually quite impressive, and has a great kid’s playroom in it. Show your cruise ticket and receive a few hundred yen off of the aquarium admission.

For more information, check out the Saikai Pearl Resort website.