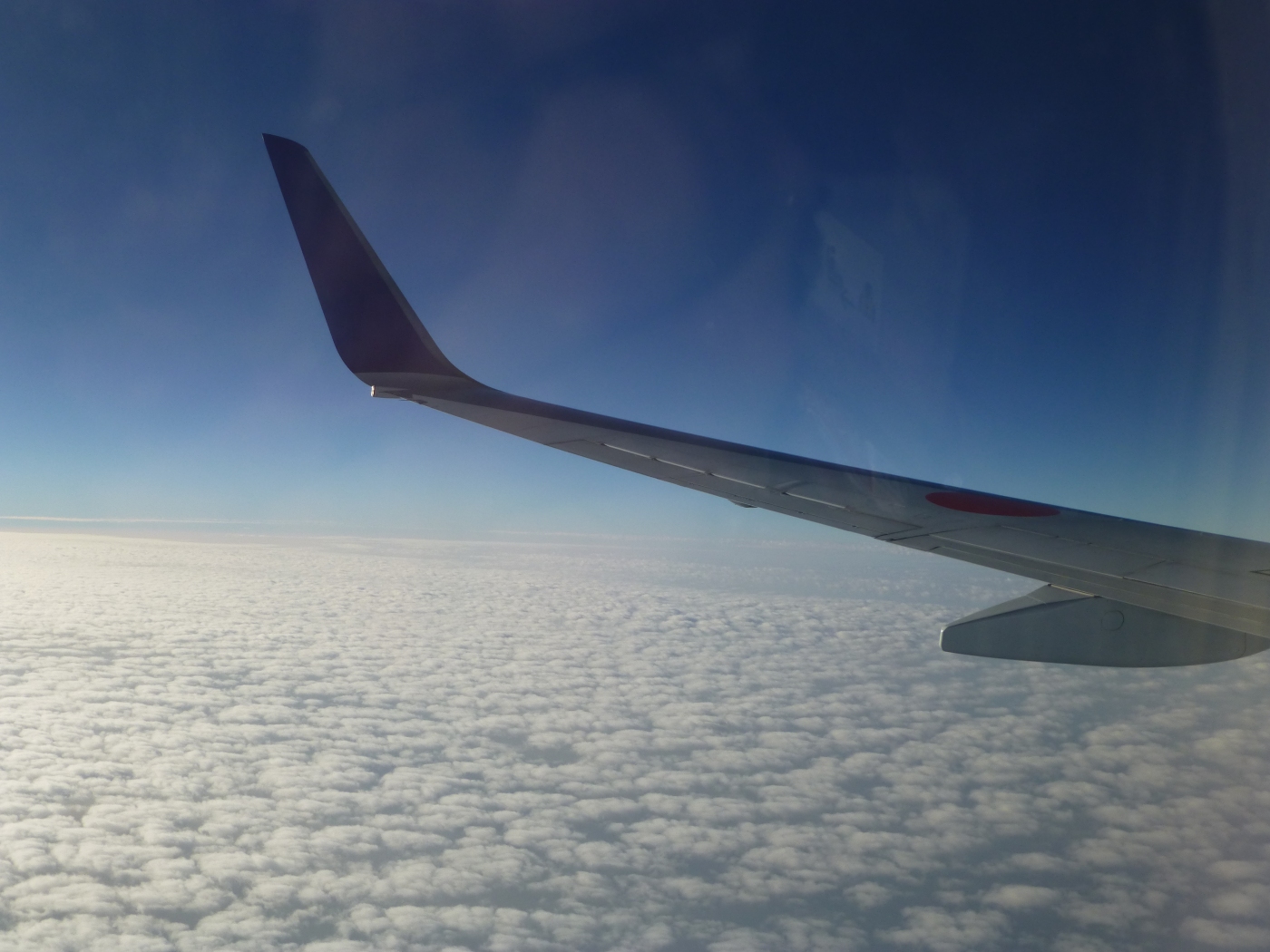 When I first visited Japan, my trusty guidebook informed me that Japan was about the size of California. Having never lived in California at that point and not venturing much beyond the Tokyo region on that first trip, I never truly comprehended the scope of this country (or our own).

Today, I can say I’ve been a proud resident of both California and Japan and have taken lengthy trips across both. What I’ve learned from those experiences is that San Francisco is by NO means close to Los Angeles when you’re traveling by car and that sometimes, the best way to get around Japan is by plane.

Yes, by airplane. Sometimes it’s better to fly around Japan. I know, I know. Every major travel company and tourist office touts the Japan Rail pass and with good reason (I’ll do a separate post soon). It can be an extremely economical way to get around the country if you plan on using being here for 2-3 weeks and taking lots of regional trains.

However, in the past few years, Japan has finally caught on to the budget airline game. Start-ups like Skymark and budget branches of the major carriers like Peach and Jetstar have made waves in the industry and made it more affordable than ever to see Japan from the air. If you’re not eligible for the JapanRail Pass (like us residents of Japan), consider checking out the following options:

1. ANA and Japan Airlines – These are the granddaddies of air travel in japan, with the most comprehensive routes and the best class of service. Buy the straight up regular fare, however and you could be dropping around $300-$500 to simply fly from Tokyo to Osaka. But if you’re coming from overseas, you have the option of buying sectors or one-way flights for only ¥10,000 (about US$100). ANA’s program – called the Experience Japan Fare – has no blackout dates and can be used by anyone regardless of the carrier they used to arrive in Japan. JAL’s Yokoso Visit Japan pass is a bit more restrictive, as only visitors who came to Japan on a oneworld Alliance carrier can purchase it. There are also a few discount pass options for ¥11,000 to  ¥13,000 per segment from both carriers.

2. Skymark – This was Japan’s “budget” airline before the true cheap carriers came to play. Based out of Haneda (the other Tokyo airport), it covers quite a bit of ground in Japan, from Sapporo and Asahikawa in Hokkaido to Miyako and Naha in Okinawa prefecture. Tickets can be purchased online easily and if you buy as soon as they go on sale two months out, you can get a one-way fare from ¥7800 to ¥9800. There’s no beverage service and flight attendants wear polos but Skymark was an incredibly affordable option for me when I lived in Okinawa and wanted to head to mainland.

3. Peach – Strange name, sure, but Peach has been attracting a lot of flyers since its inaugural flight in spring of 2012. Based out of Osaka Kansai airport, Peach flies mostly around western Honshu, Kyushu and Okinawa, though they also offer a few international destinations (Busan, Taipei and Hong Kong). Tickets can be booked easily online. However, you’ll have to pay piecemeal for things like pre-assigned seats and extra checked bags.

4. Jetstar Japan – Backed by Australia’s Jetstar airline, this little brother flies around many of Honshu’s major cities (Tokyo, Nagoya, Osaka) and also links up with cities in Shikoku. A few flights make it to Sapporo and Okinawa. Tickets can be booked online but, just like with Peach, expect to pay extra for the extras (luggage, leg room and assigned seats). Jetstar reminds me a bit of Europe’s Ryanair, where the fares can look great but the hidden fees will get you every time …

5. AirDo – Five years here, and I’m still trying to figure out how to pronounce the name of this airline? (DOE? DOO? Not sure …) However, if you want to get to Hokkaido from Tokyo, this is a great option. Not only does AirDo fly to Sapporo, but they cover the smaller airports as well – Wakkanai, Asahiyama, and Kushiro, to name a few). This accessibility does come at a price – not a monetary one, but more the challenge of figuring out the booking process from a Japanese-only website.

Flying doesn’t always factor into everyone’s travel plans but I will say this – Japan is one country where “come fly the friendly skies” still holds meaning. Flying around this country both with and without a toddler in tow, I’ve never experienced anything but impeccable service and courtesy.