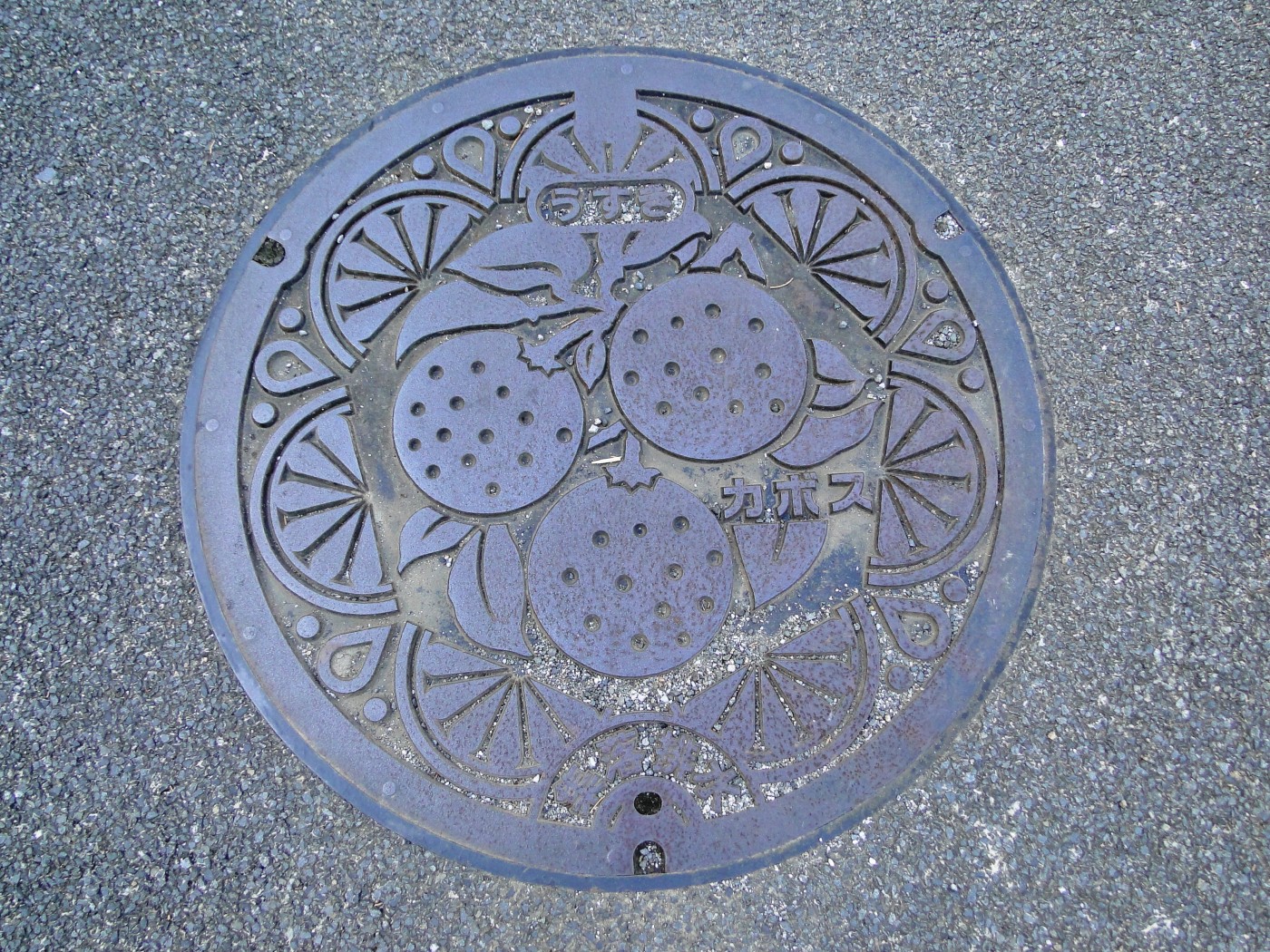 My family and I spent last weekend in Oita, the prefecture to the east of Kumamoto. It’s very often overlooked on the foreign tourist trail but we found a number of diversions to keep us well-entertained for the weekend. One of our first stops was just outside the town of Usuki, where I took this photo: 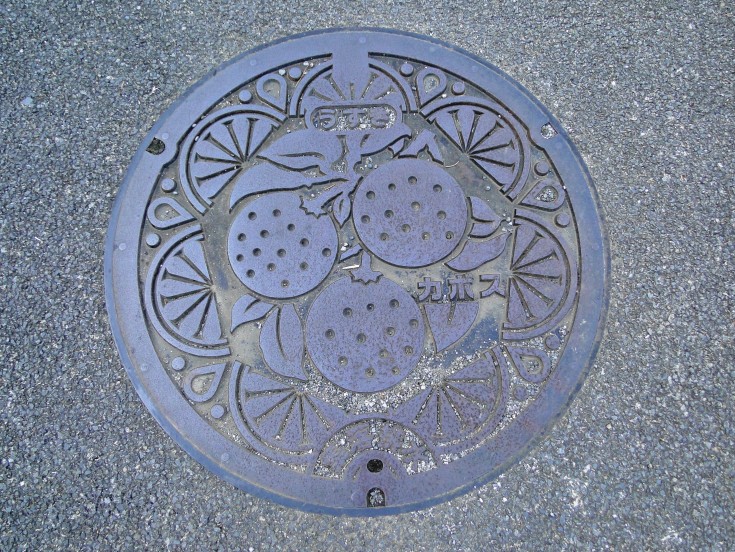 Japanese cities often surprise me with what designs they ultimately choose for their manhole covers. I personally expect these grates to be graced with images of well-known tourist sites. Usuki itself is known for its ancient stone Buddha statues, carved into the side of cliffs outside town sometime around the 11th or 12th century. These carvings are some of the only known buddhas to be hewn out of rock, rather than created as stand-alone statues of wood or metal. They’ve been designated as National Treasures of Japan, which would make them pretty high contenders for a manhole cover in my opinion.

However, regional food tourism in Japan is HUGE and most communities boast at least one unique item that they use to draw Japanese visitors to the area to taste. In Usuki, this is the kabosu, a type of green citrus fruit that has a sharp lemon taste and is used as a vinegar replacement in some Japanese dishes. Apparently, kabosu are only really grown in the Taketa and Usuki areas of Oita prefecture and are quite pricey to purchase in other parts of Japan. The Japanese who visit here consider kabosu a rare treat and we saw many cars and even a bus or two pulled over at road side stands to purchase bunches of the small green fruit.

I’d like to think it was a close competition, but you can see which of Usuki’s claims to fame ended up on the manhole cover. 🙂