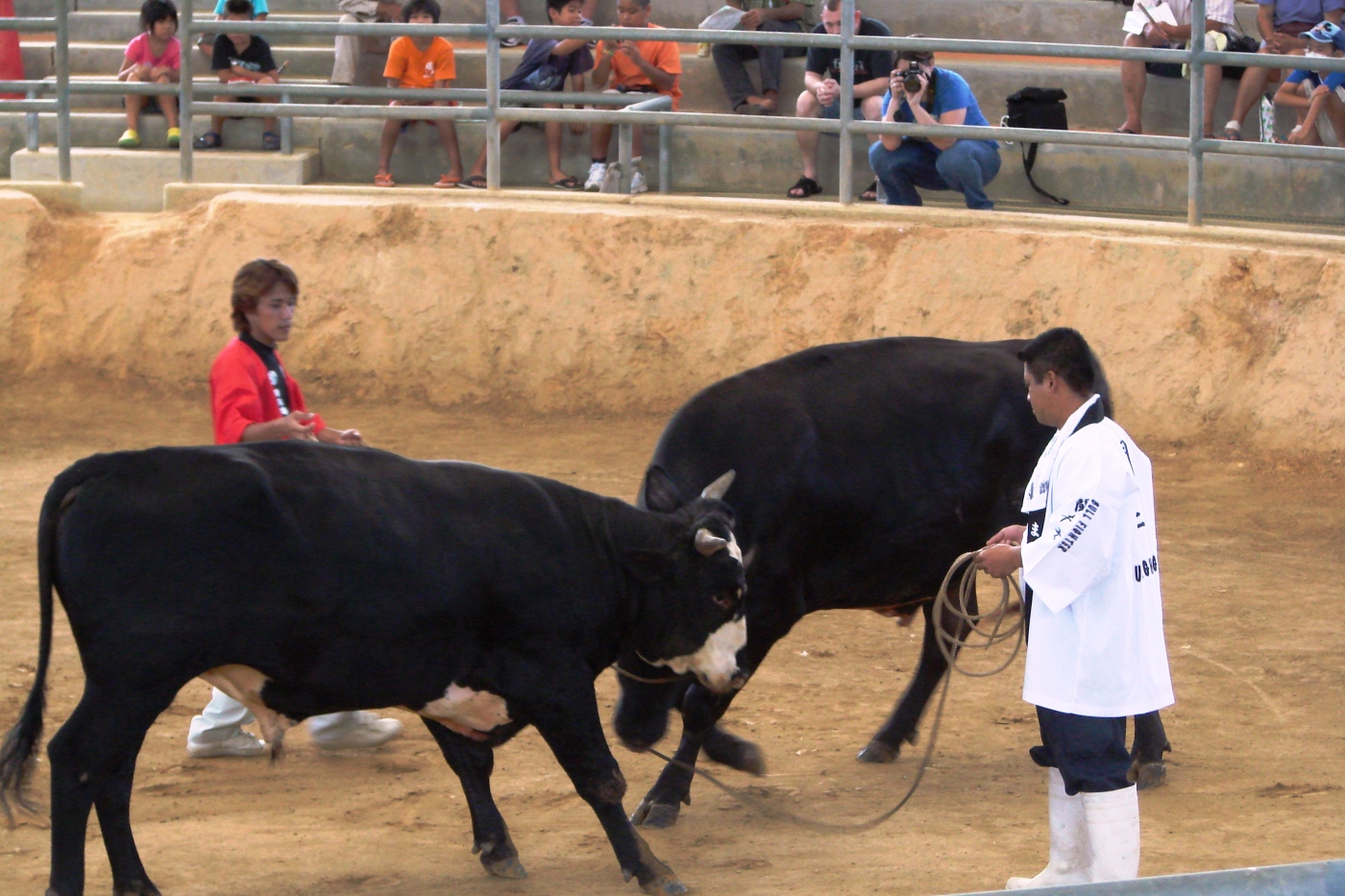 This past month, my daughter has been slightly obsessed with the decades-old children’s book The Story of Ferdinand. If you haven’t read it, it’s the story of a bull in Spain who prefers to sit and smell the flowers rather than fight in the bullring in Madrid. Charming? Yes. Realistic? No. 🙂 Yet every time I read it, it reminds me of watching the bloodless bullfights of Okinawa.

Yes, bullfighting is a sport in Japan, though it’s much, much different from the bullfighting of Spain that most people call to mind. In Japanese bullfighting, or togyu, there is no matador, or red cape, or lances and swords. In fact, no humans are directly involved in the match. Togyu is often known to foreigners as bull sumo, and it pits two bulls against each other. The bulls butt heads, lock horns and may engage in a bit of back and forth pushing, but most matches end when one bull tires and either backs away or lies down.

There is, of course, always the danger of an accident or a goring (mostly to the bulls themselves) when you’re talking of animals with large horns but the human “coaches” or trainers who handle the bulls during the bout take every precaution to ensure no blood is spilled. Unlike in sumo, bulls are classed by weight, so you won’t ever find a massive bull taking on a puny one. If the outcome of a match is in question, the winner is decided by a panel of three judges that sits above the ring.

There are normally about 10 matches to a bull fighting event, but the individual bouts can last anywhere from seconds to many minutes. A bullfight is usually an all afternoon event, though they are often punctuated with some form of entertainment such as eisa dancing. If you can catch one of these events during your travels (and you can find bullfighting in some parts of Shikoku as well), it’s an incredibly unique experience.