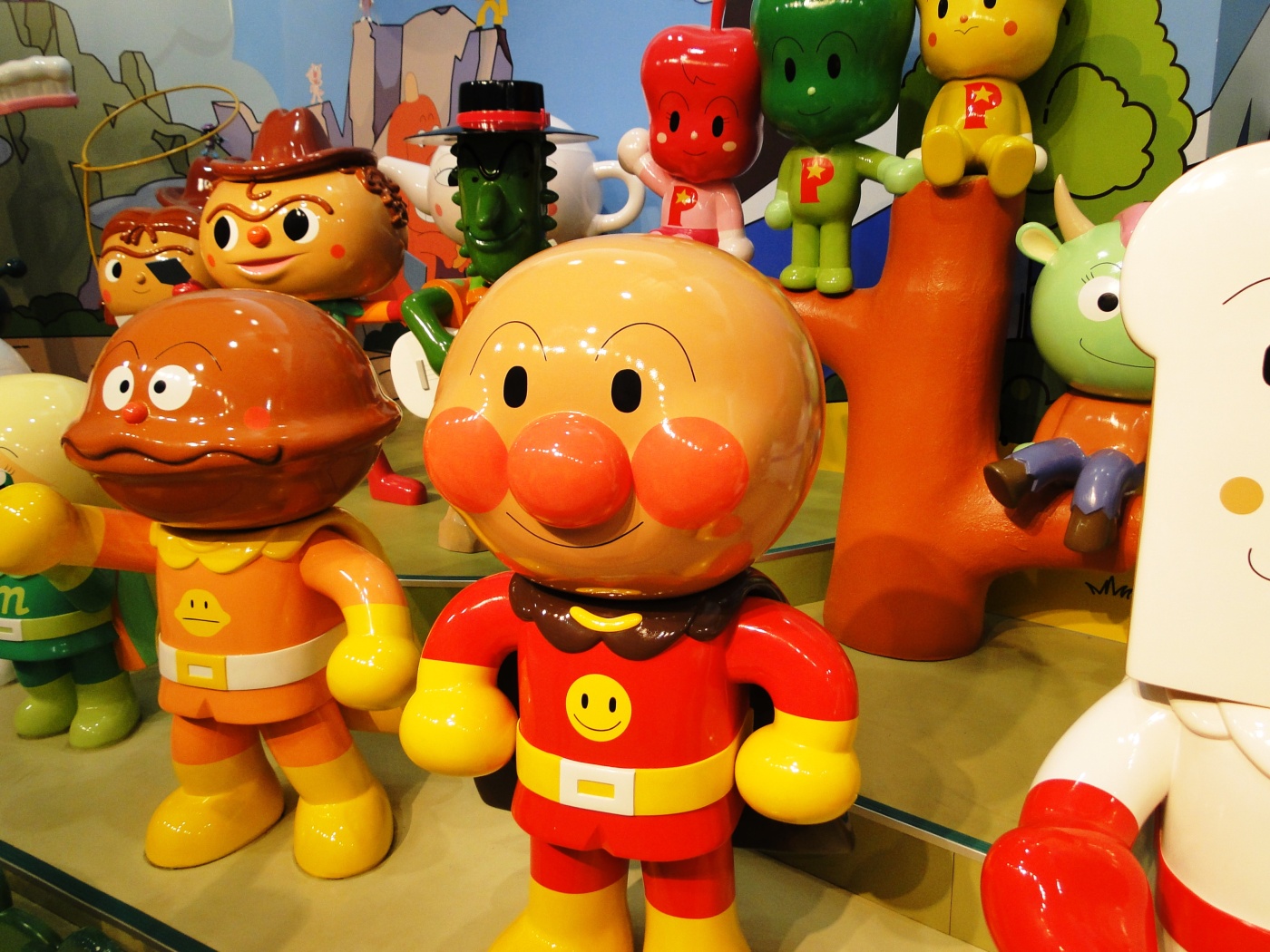 Twenty-five years ago, a new superhero debuted on Japanese television. His name was Anpanman, his motto was “love and courage” and his head … was a jam-filled bun. Yes, in the pantheon of Japanese anime characters, Anpanman and his food-related cohorts are certainly … unique. But they have stunning staying power and are just as beloved today, as evidenced by the insanely enthusiastic crowds that greeted me at Yokohama’s Anpanman Museum.

The Anpanman Museum is less a museum and more a “sensory experience”. By that I mean a three-story play center devoted to the famous characters. There are Anpanman dioramas, wall murals and character meet and greets. The top floor also hosts some active exhibits, where kids can crawl, climb, or manipulate objects. A second floor playroom doubles as a theater for puppet shows and act-along story telling. There’s something happening nearly every 20-30 minutes – we witnessed both a sing-along and a storytelling session. The first floor is devoted to a play area with slides, foam toys and large yoga balls with Anpanman’s friends emblazoned on them.

Unfortunately, all of this chaos (seriously, this place can be crowded even on a weekday) comes at a price. The fee was recently raised to ¥1500 per person over the age of 1 and I definitely winced as I dropped the equivalent of $30 for two of us to enter. Add food to that total, and you’re looking at one sizable dent in your wallet.

So, is the mania worth it? I’m inclined to say no. My daughter has a working knowledge of Anpanman, thanks to growing up in Japan, and had fun recognizing the characters. She also has a weirdly long attention span when it comes to play kitchens and building blocks, so we spent a good amount of time in one area. For two of us, it was pricey but we spent a few hours here, sort of evening out the cost. (Sort of.) For a family with more kids, however, this could be prohibitively expensive. And if your kids have no idea who Anpanman is, it’s better to skip it altogether. Or, if you’re in the neighborhood, just drop in to the no-fee shopping area – you can buy Anpanman paraphernalia ranging from dolls and games to videos and character pastries. Yum!

The Anpanman Museum is open every day, except around the New Year holiday. The museum website is in Japanese only but you can find more information in English here.