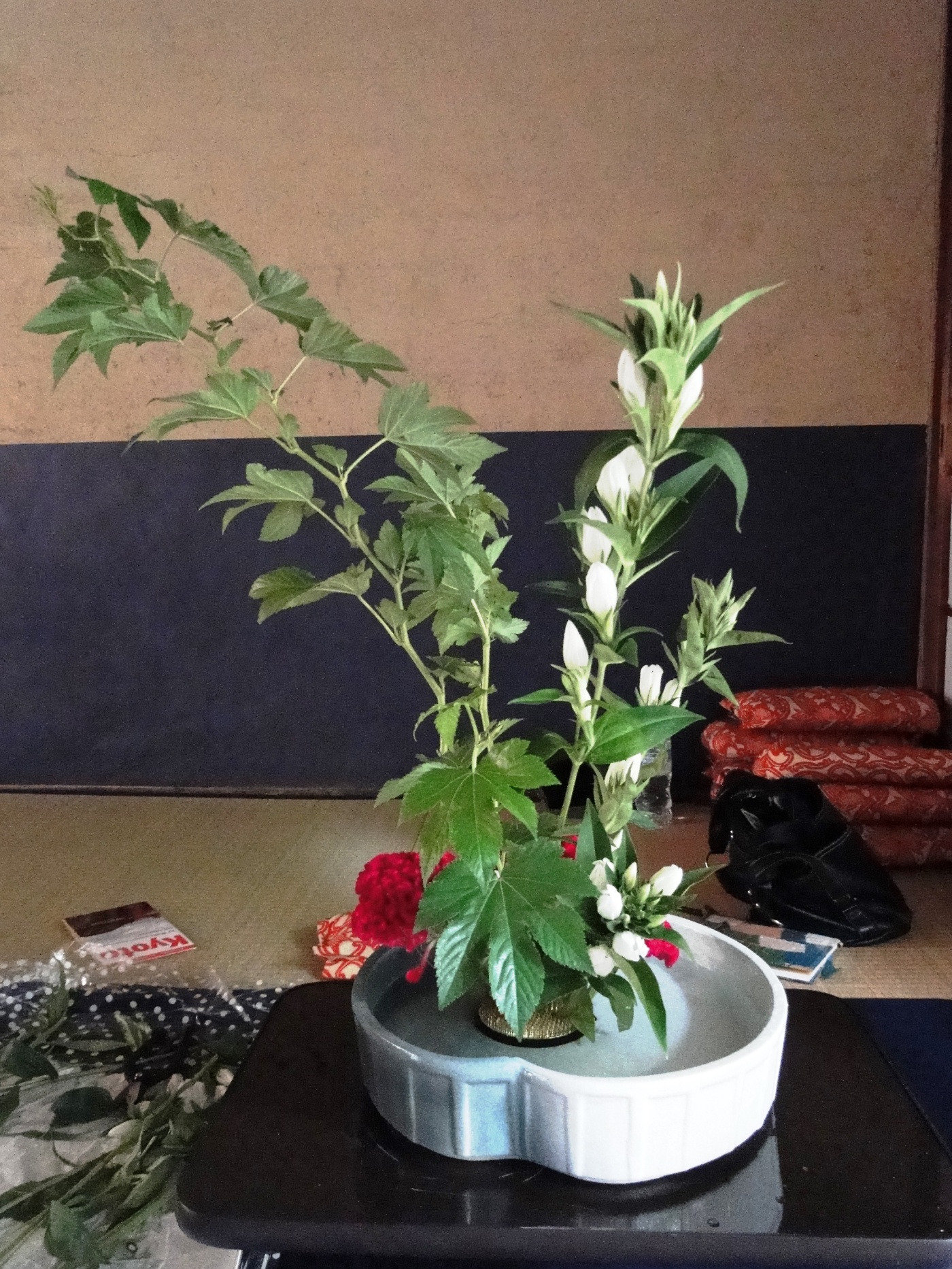 Chances are if you’ve spent any amount of time in Japan, you’ve seen an ikebana arrangement – at a tea ceremony, at a flower exhibition, in the lobby of a posh hotel or even in the alcove of a Japanese friend’s home. These asymmetric creations bare little resemblance to the full-bodied bouquets of the flower shops back home but, as I’ve come to learn, there’s a beauty in that empty space.

Ikebana is one of Japan’s oldest traditional arts, dating back at least 700 years. There are several main styles within ikebana – rikka or shoka involves tall vases and focuses on vertical flower arrangements; moribana is a more modern take on ikebana with a low container that has a spiky stem holder called a kenzan.

Though it has evolved over the centuries, there are a few major points of ikebana that consistently apply to the practice:

So, where can one go to actually try their hand at ikebana? For the answer to that question, stay tuned for the next post!