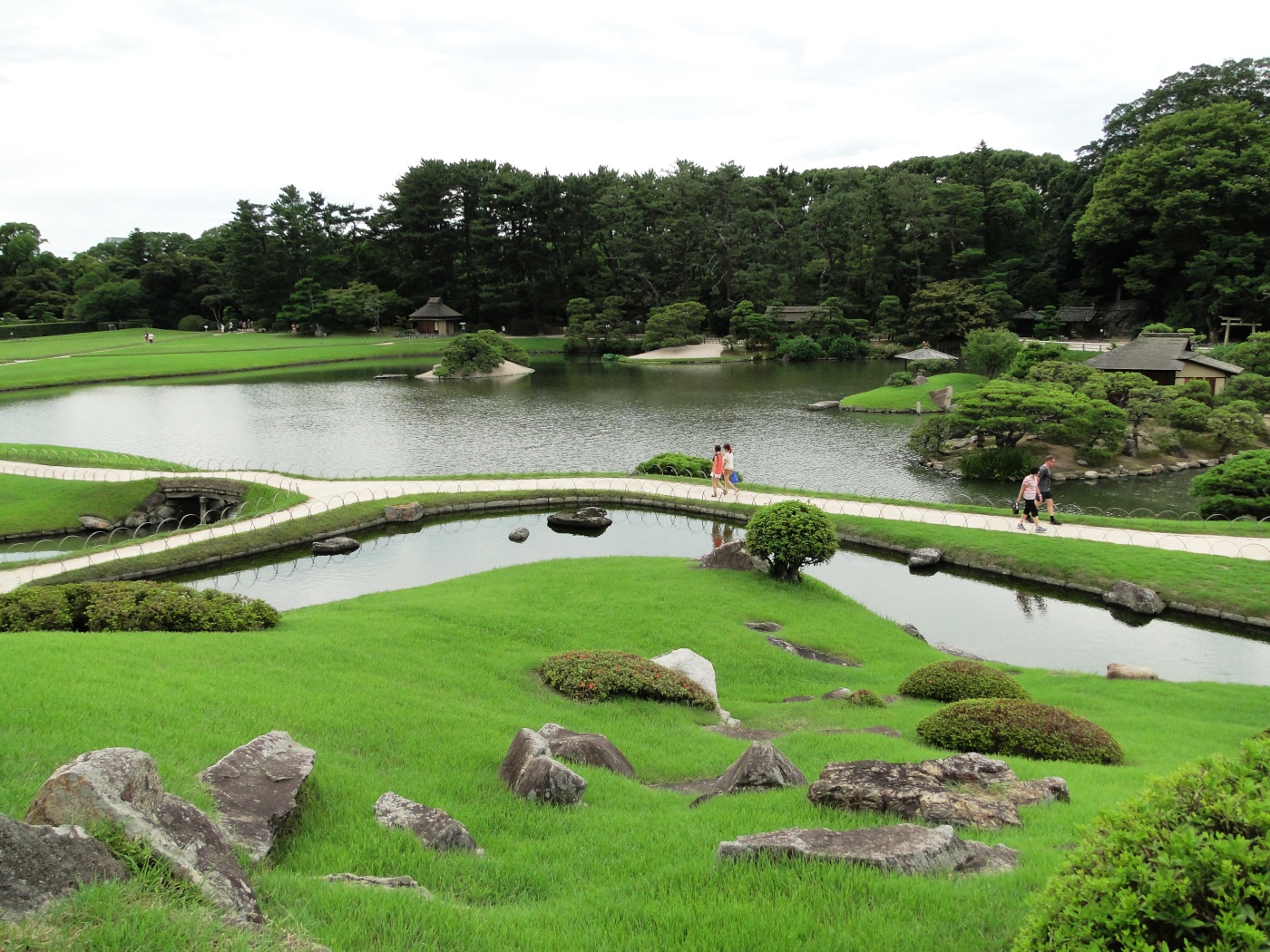 Japan is known for its “lists of three” – the top three views, the top three mountain castles, the top three onsen towns. Surprisingly, for as much as I love Japanese gardens, I had never set foot in one of Japan’s top three gardens. Thankfully, on my trip to Okayama prefecture early last month, I was able to remedy that oversight.

Korakuen Garden sits on an island in the middle of Okayama city, just across a long wooden bridge from the black-walled Okayama Castle. The garden was laid out in 1687 and the work was finished in 1700. For many years, the garden was used by the ruling daimyo (local lord) for entertainment purposes, though the grounds were opened to commoners on certain days throughout the year. In 1884, however, ownership of the garden was transferred to the prefectural government. Korakuen was mostly leveled during bombing raids in World War II but thanks to detailed blueprints of the garden layout, Korakuen was restored to its Edo-era state by the late 1950s.

Unlike some smaller Japanese gardens, Korakuen has an abundance of open grassy areas. In occasional sections you can walk over the sod, but mostly these lovely-looking areas are off-limits. Still, there are plenty of paths that criss-cross the garden, leading past groves and patches that bloom in various seasons. When I was there, the lotus flowers were just opening their petals to the sun, while other sections promise plum blossoms, irises, a rice paddy and cherry blossoms.

Take your time wandering around Korakuen, as the paths have so many little intersections, it’s hard to see everything in just one easy loop. The highlight of the garden for me, however, is the way Okayama Castle forms the perfect backdrop. Well worth a visit if you’re in the area!