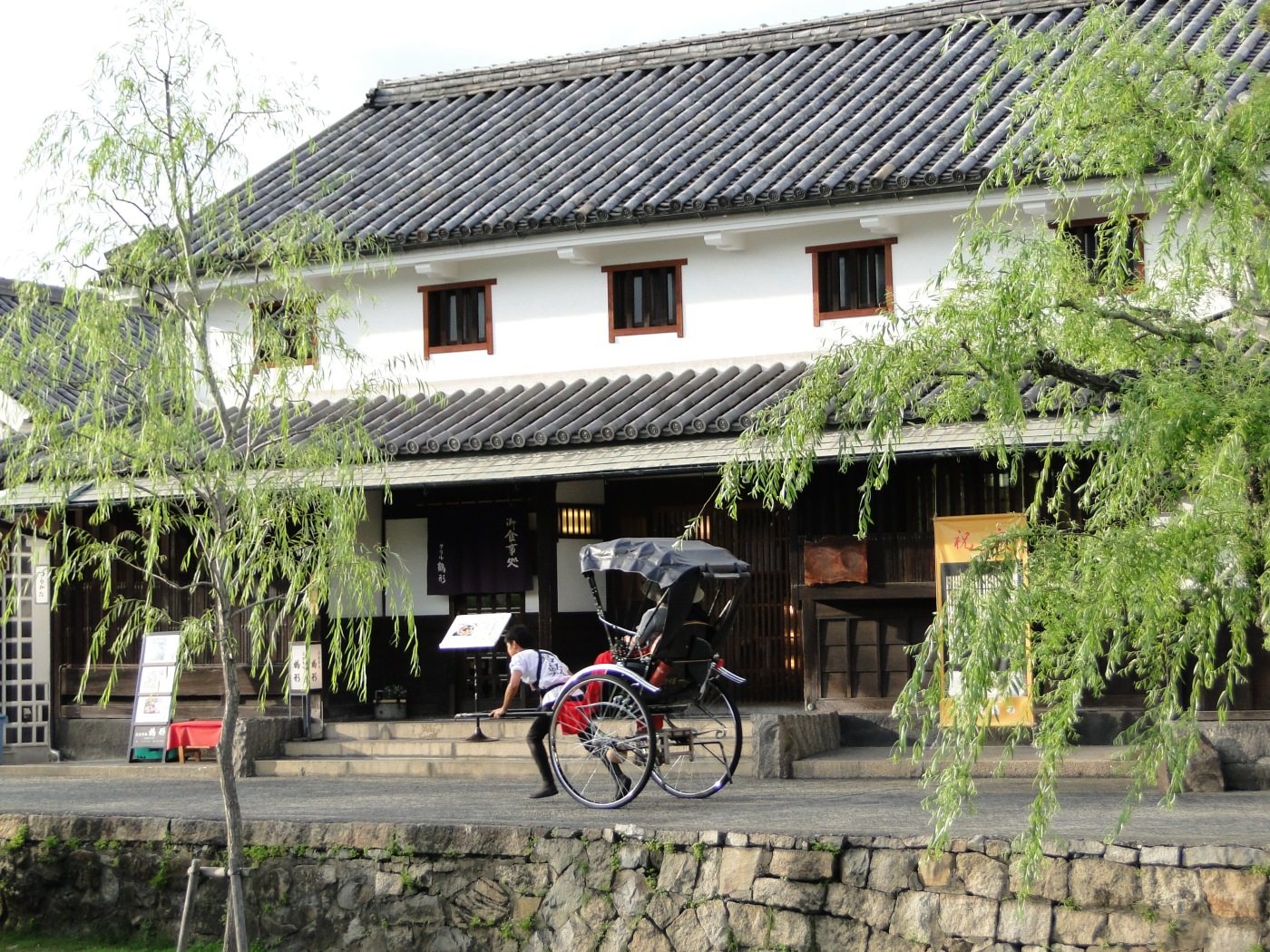 Kurashiki is consistently ranked as one of Japan’s most picturesque cities and after my trip there at the beginning of the month, I must say I wholeheartedly agree. This canal-laced city rose to prominence as a trading center in the Edo Period (1603-1867); Kurashiki’s storehouses held rice, sake and textiles until they could be ferried out to ships anchored in the Inland Sea and sent off to the shogun’s capital. Those same storehouses today hold similar wares, just tailored to the tourist crowd, but the buildings themselves are the real – original – deal.

Kurashiki’s main appeal is simply strolling through the neighborhood. The Bikan District is a boomerang-shaped area that centers around a main canal. Willow trees line the canal and visitors can hire either a rickshaw or a canal boat to take in the tranquil scene via a more relaxed form of transportation. There are a few side streets to explore, mostly lined with craft shops or sake distributors and the occasional cafe. A wander of the area probably won’t take you more of an hour, but consider how often I stopped to take pictures, that can easily double your time.

Kurashiki boasts a surprising number of museums. My favorite one was actually the one that held the least amount of English information. But that didn’t stop me from poring over the carefully carved and intricately painted displays of the Rural Toy Museum. From crimson Daruma dolls that were actually yellowing with age to century-old hina dolls and hand-tinted playing cards, this tiny two-floor exhibit was a fascinating glimpse into Japanese childhood entertainments from long ago. I did learn upon leaving that all of the toys had been donated from prefectures around the country, so these pastimes weren’t just Okayama-area specific.

I’m not a huge art fan but I did consider it my duty to check out Kurashiki’s much touted Ohara Art Museum; admittedly, it’s a worthwhile stop. The collection is impressive, with big names like Monet, Degas and Warhol, though none of the pieces are particularly well-known. Everything is labeled in both English and Japanese and there is an English audio-guide available, but the casual visitor can appreciate the collection without it. There is a tiny Oriental Museum and an exhibit with a few … unique … modern pieces but it’s really the primary building that is of interest.

Kurashiki is easily seen in a day – or even a half day – but there’s a magical atmosphere here at night. If you can swing it, either take a late train out or spend the evening in one of the canal-side traditional inns.

One thought on “Better Know A Neighborhood: Bikan District (Kurashiki)”