How could I have overlooked one of the coolest manhole covers in my collection?

Sure, I posted about the incredibly fun Iga Ninja Museum in Mie Prefecture early last summer but I neglected to take the manhole picture out of the photo folder and put it with the others. Which is an unforgivable oversight on my part, since it IS one of the more creative covers I have seen in Japan. Don’t you agree? 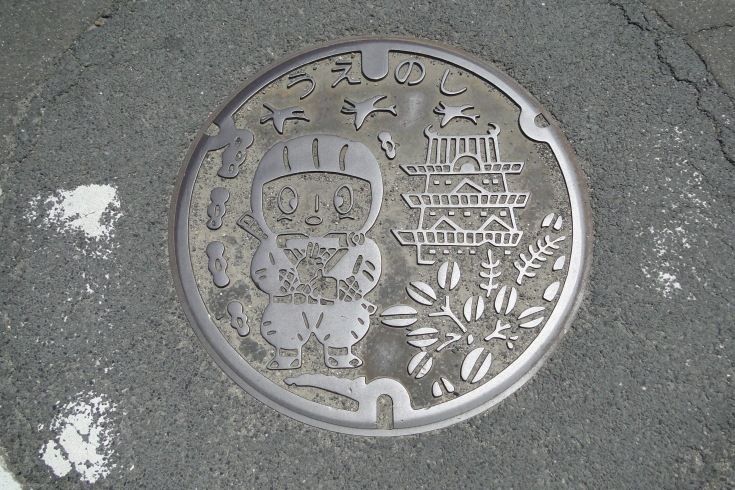 Iga has a long and storied ninja history. Along with Koga village in neighboring Shiga Prefecture, the two main clans of these towns were known for their mercenary tactics and specialized skills. In the Warring States Period (mid 15th to early 17th century), when the samurai code of ethics prevented many soldiers from engaging in more unsavory tactics, the men of the Iga and Koga clans were hired out for their stealth, weapons skills and knowledge of gunpowder and poisons. When Japan was effectively united in the early 1600s under the Tokugawa Shogunate, the importance of the ninja faded in the peacetime environment and eventually, they became nothing more than fodder for myths and legends.

The Iga Ninja Museum does a great job of explaining the history of the area’s ninja so be sure to check it out. And, on your way there, be sure to look beneath your feet for a glimpse of Iga’s awesome manhole cover.