A few months ago, I posted a manhole cover from Aso Shirakawa, a town south of the massive Aso Volcano in Kumamoto Prefecture. A recent weekend trip saw me circumnavigating the volcano and I shot this manhole cover on the northern side of the mountain: 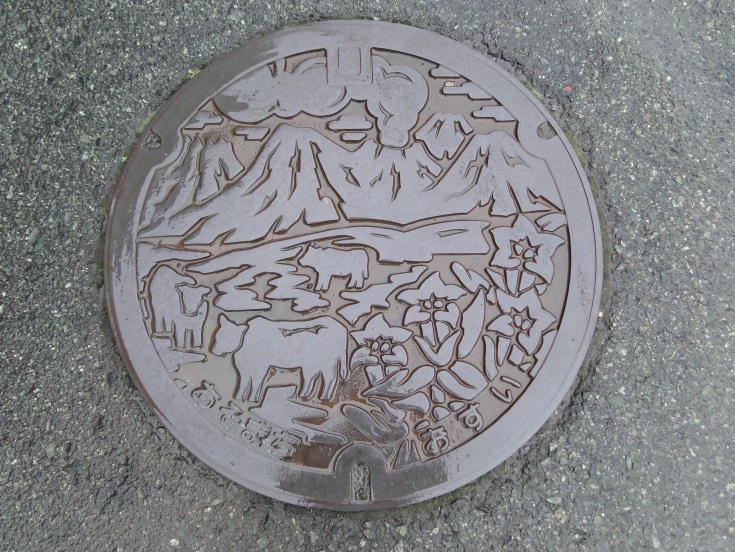 The northern side of Mt Aso is home to Aso town, the region’s main “metropolis” though in no way more than a bustling town. It’s strung out along a narrow highway and a local train line, with the busy railway station and local market at the western end and the imposing Aso Shrine on the eastern end.

Yet around the town are a number of farms, as evidenced from the cows on the manhole cover. The grasslands on the volcano’s slopes are perfect grazing grounds for local herds and the area’s milk products – creamy cheeses and the ever-popular ice cream – are a great treat on a summer day.

The smoking peak you see on the cover is Nakadake Crater, the only one of Aso’s peaks that is currently active. On a clear day, there are great views of all the peaks (and the occasional column of smoke) from down in Aso town.