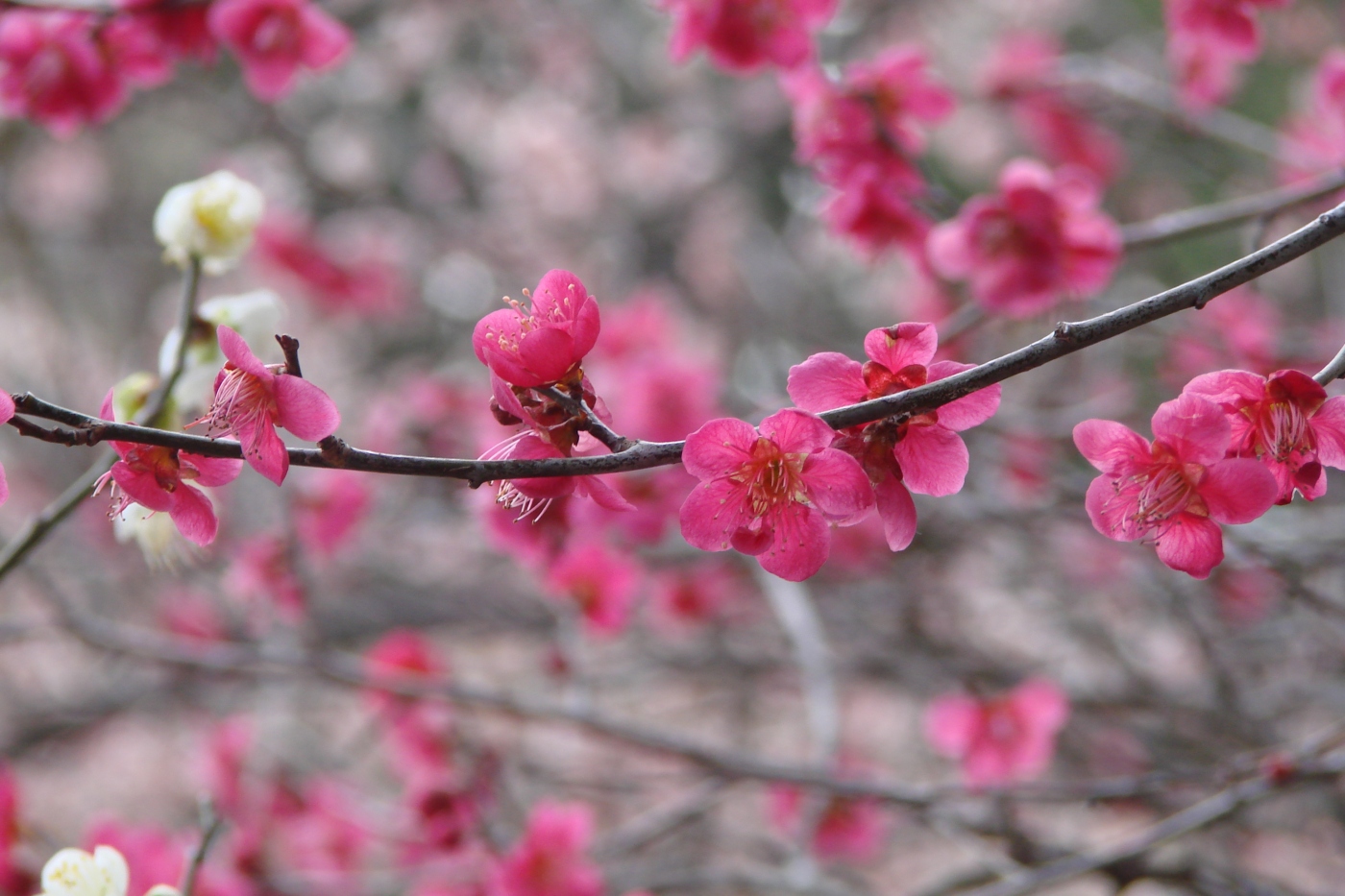 Alright, I’m exaggerating a tad. Even here in the southern reaches of mainland Japan, the cold weather is still lingering. But the other day, as I was running errands, I caught the first few cream and red buds on our city’s plum trees.

Call me sacreligious but I actually prefer plum blossoms to cherry blossoms. (Go ahead and gasp. I’ve heard it before.) Sakura are a delicate hue, a candy-floss pink that gets lost in the shuffle on a nright spring day. Plum blossoms are bold and multi-toned; they can be snowy white or red as merlot. I love the Impressionist look of a plum grove, the many-colored petals looking like dabs of paint on a canvas. So here are five of my favorite plum groves around the country:

1. Dazaifu Tenmangu, Fukuoka – If you caught one of the recent Manhole Monday posts, you’ll know that this small town in Fukuoka prefecture is plum-crazy. They are also one of the first places to roll out the red carpet for blossom seekers, as the shrine’s most famous tree (known as the Flying Plum) is a species that typically blooms early. The rest of the grounds begin to flower in late February.

2. Kitano Tenmangu, Kyoto – Just like its counterpart in Dazaifu, this photogenic shrine in the northern part of Kyoto city is dedicated to Michizane Sugiwara, the famous (and ultimately exiled) scholar and politician of the 9th century. A grove of nearly 2000 plum trees were planted here to honor Sugiwara, all in bloom from late February to mid-March. If you’re in town on February 25th, however, this is a perfect spot to catch geiko and maiko from the local Kamishichiken district attending the shrine’s special tea ceremony. 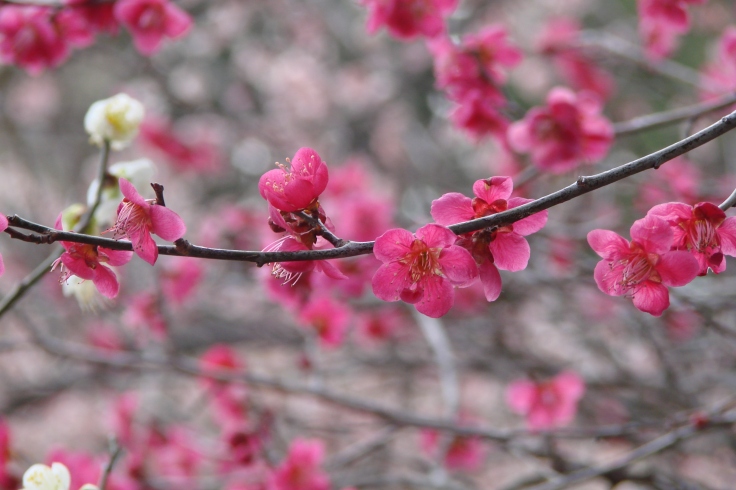 3. Kairakuen, Mito – Classed as one of Japan’s top three stroll gardens (the others are in Kanazawa and Okayama), Kairakuen is exceptionally popular in plum blossom season. With over 3000 trees in hues of red, pink and white, a walk through this beautiful park is a highlight of a late winter’s day. Even better yet is the fact that Mito is accessible from Tokyo via limited express train and can be reached in just over an hour from the city.

4. Soga Bairin, Odawara – It might not be terribly easy to get to, but the views of snow-capped Mt Fuji amidst the white blossoms of 35,000 plum trees is worth the effort made to get to this orchard outside Odawara City. Outdoor tea ceremonies, horseback archery and lantern dances round out the events of Odawara’s month-long festival.

5. Yoshino Baigo, Ome – This, to me, is the grand-daddy of them all, at least in the Tokyo region. Over 25,000 plum trees cover the hills near Ome City, west of the Tokyo metropolitan area. Paths crisscross the sprawling orchard and many visitors choose to buy or bring their own bentos and picnic under the beautiful blossoms. The scene of pink and white petals blanketing the hillside is remniscent of a Monet canvas. 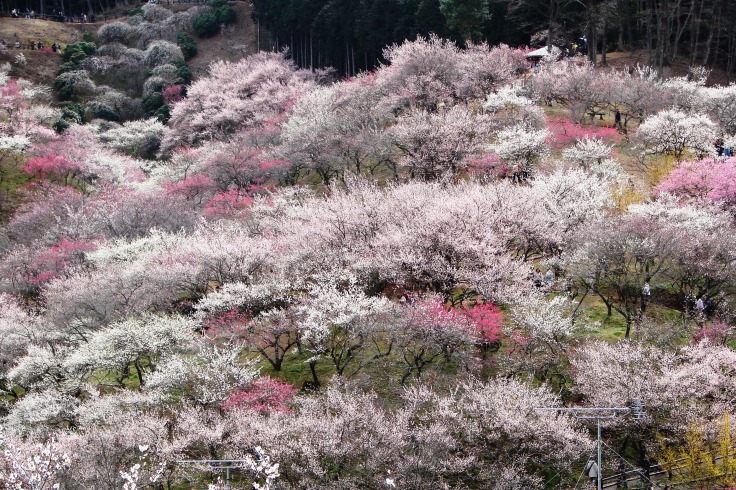 Is anyone else out there a plum blossom lover? Share your favorite spots in the comments!