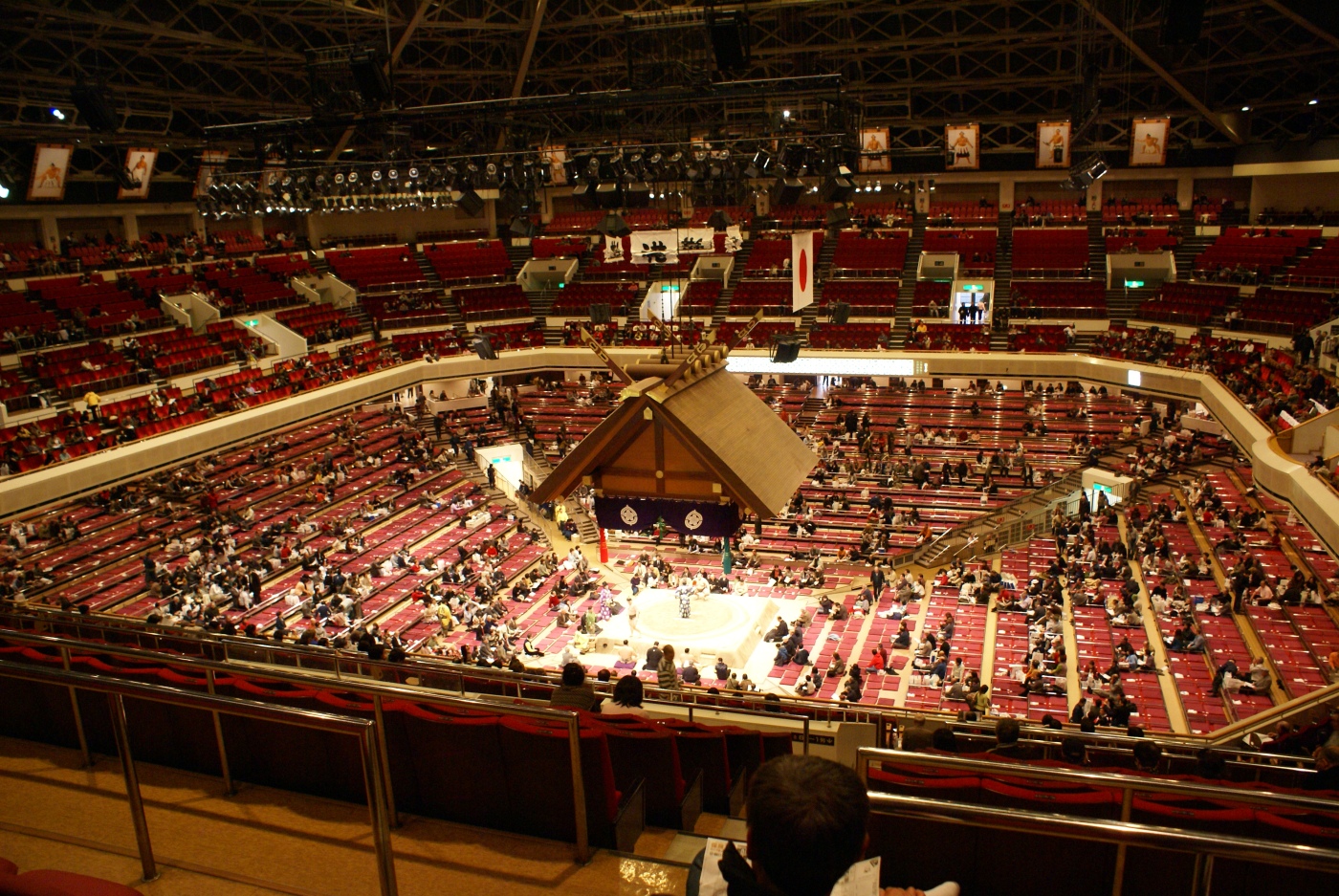 Ryogoku today is known for the Kokugikan (National Sports Stadium), the arena that houses three of Japan’s six annual sumo tournaments. While it’s an unforgettable experience to see Japan’s behemoth sportsmen in action, those who visit out of season can always check out the sumo museum in the arena’s basement. The displays are in Japanese only but an English leaflet is available.

The sumo connections continues down the street at the Eko-in Temple. This was the site of Tokyo’s first Kokugikan and sumo matches were held here until the building was damaged in the air raids of 1945. Sumo bouts were held on the grounds long before any stadiums were constructed, however, and a monument at the temple commemorates this long history with Japan’s heavyweight sport.

Less visible, but still a huge presence in the neighborhood (no size pun intended), are the sumo stables or sumo beya, where wrestlers live and train. It’s difficult but not impossible to arrange a visit to a morning practice; if you succeed, you’ll be treated to continuous training bouts and lots of squats and leg lifts. It might sound boring but I found it to be a fascinating few hours. Regardless of their appearance, sumo wrestlers are definite athletes.

Want to eat like a sumo wrestler? Then indulge in chanko nabe, a one pot dish loaded with chicken and tofu and an assortment of vegetables including bok choy and daikon. There are myriad chanko nabe restaurants around the neighborhood but my favorite is Yoshiya, which serves up this wrestlers’ stew in a former sumo stable with its practice ring still intact.

If you’ve had enough sumo, you can always pop into the fantastic Edo-Tokyo Museum. This is a highlight of the Tokyo museum scene and you’ll get a colorful, occasionally hands-on overview of life in Tokyo in the Edo Period (1603-1868) up through the 1964 Olympics. There is plenty of English signage but enthusiastic English-speaking volunteer docents are often on hand to give personal tours.

Ryogoku may be more of a workaday neighborhood and lack the glitz of Ginza or Shinjuku but it has plenty of character and a host of sites. You won’t be sorry you crossed the river!