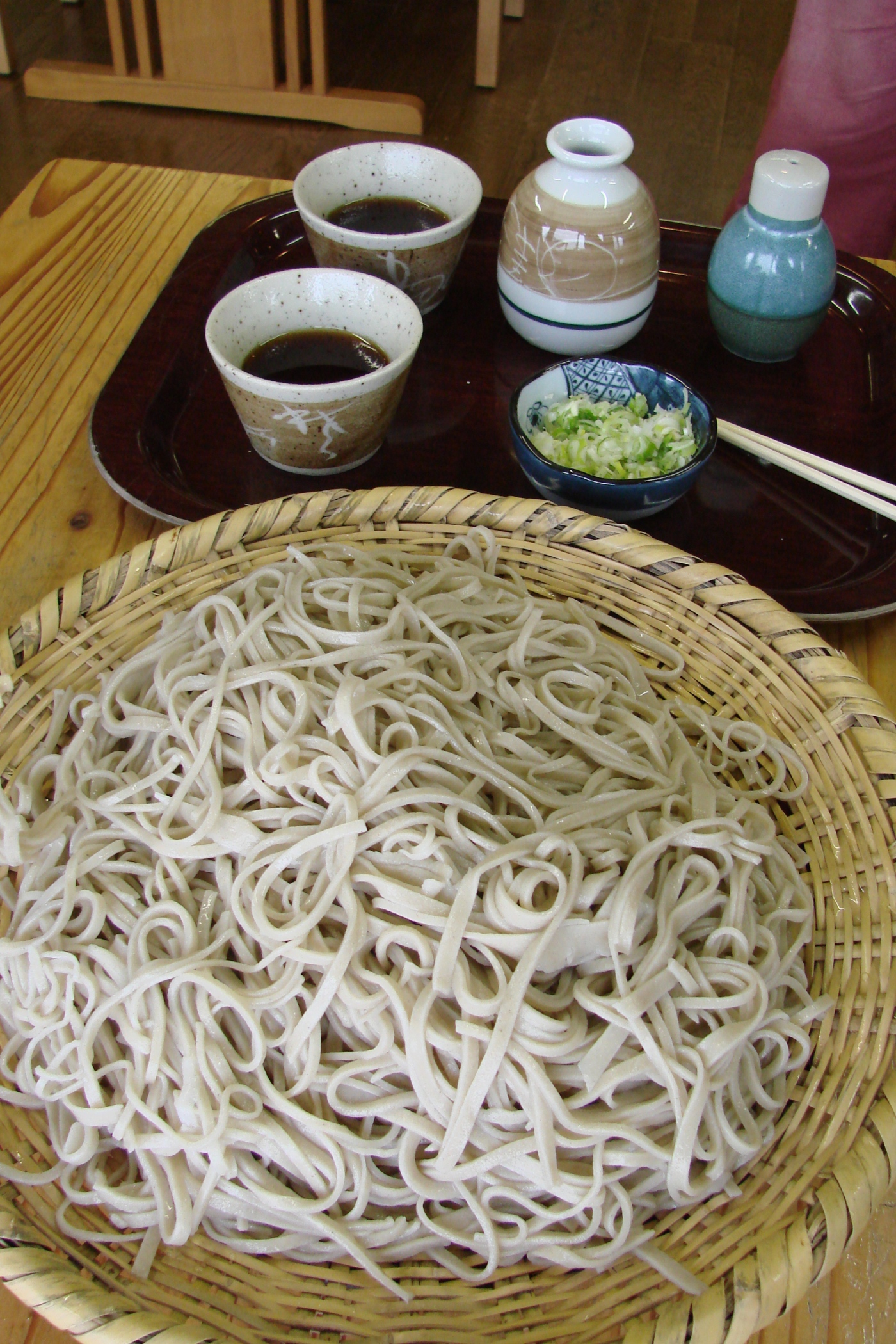 Soba (buckwheat noodles) is everywhere in Japan. If you’ve been here, you’ve probably had it at some point – in a sit-down restaurant, at a corner stand, or in a bento on the train. But making it? Not many people can claim to have done that.

I was curious about the process behind one of my favorite Japanese dishes so I tracked down a place in Togakushi (Nagano Prefecture). Nagano is one of the top regions in Japan for buckwheat cultivation and The Togakushi Soba Museum holds daily tutorials on how to prepare their signature dish.

Making good soba isn’t terribly difficult – you just need the best buckwheat flour money can buy, really clear and fresh mountain spring water, and really strong knees. The first two ingredients are self-explanatory and easily found in the Togakushi region. The latter comes into play when you’re “forced” to knead the dough 150 times in a large bowl held tightly between your thighs as you’re kneeling on the floor. Trooper that I am, I lasted about 47 squeezes of dough before passing off to my non-patella-challenged husband.

Next comes the rolling, where the dough is shaped like a mushroom or a frisbee (complete with a raised bump in the middle) and the sides are flattened with a large rolling pin. There’s a specific angle you hold your hands to roll the dough that’s specific to the Togakushi region. It took us a few tries but we eventually mastered a slow-motion version. Our teacher, of course, put us to shame. May we look like her after ten more years of practice!

Then it’s on to the folding (just like a crepe – now that I can do!) and the cutting begins. The best soba noodles are about two millimeters thick and once you get the hang of the technique, that’s not a difficult task to master. Of course, imperfections are more than permitted – it’s how you know you’re eating hand-cut soba as opposed to machine-processed noodles.

But they save the best part for last … the eating of course! We had made enough for four people, but that didn’t stop us from tucking in and attempting to finish it all. Whether served (cold) plain, with salt, or dipped into the special Togakushi sauce, there’s no doubt that soba is one of the tasties dishes around.