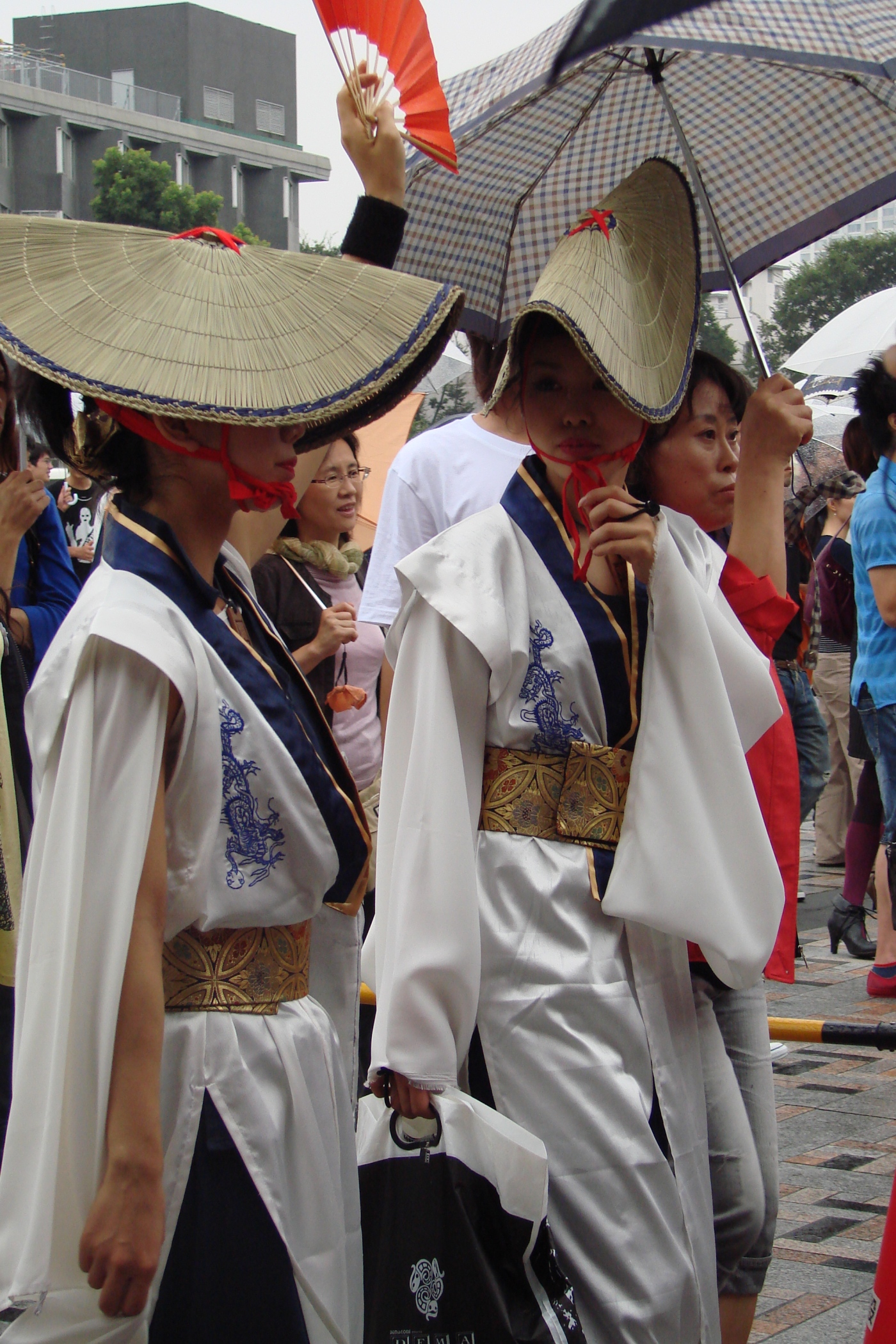 Mid-August is a hard time to travel around Japan. It’s hot, it’s muggy, everything’s crowded because the kids are out of school and then – BAM – all of a sudden, it seems that everyone and their brother (which is very nearly the truth) is crowding onto your train to Kyoto! Where on earth did everyone come from???

It’s hard to say where the masses originate, but it’s easy to tell you where they’re going – nearly all of them are returning home, to the place where they were born or where their family now resides. That’s because mid-August is the time of Obon, or the Bon Festival, a celebration in Japan that honors one’s ancestors.

The practices surrounding obon itself are difficult for the casual tourist to observe. Most of the action takes place at home. Families come together for three days (this year from around August 13-15) to feast and welcome back the souls of their ancestors. Lanterns are hung outside homes or fires are lit as beacons to guide the spirits to the right homes. Offerings of food are placed in front of the household’s Buddhist altars and the family gravesite is often visited. After three days of feasting and celebrating, more fires or lanterns are lit to send the ancestors back to the spirit realm.

Dance is a large part of Obon festivals. When I was a language student in the US, I remember my entire class – clad in yukata – practicing the bon odori (coal miner’s dance) for our school’s international festival. When I moved to Okinawa, it was the drums of the local eisa troupes that thumped down the block night after summer night. I’ve still never actually “witnessed” Obon first-hand and don’t expect to, but if you’re in Japan in the month of August, here are some more famous obon celebrations you don’t want to miss: