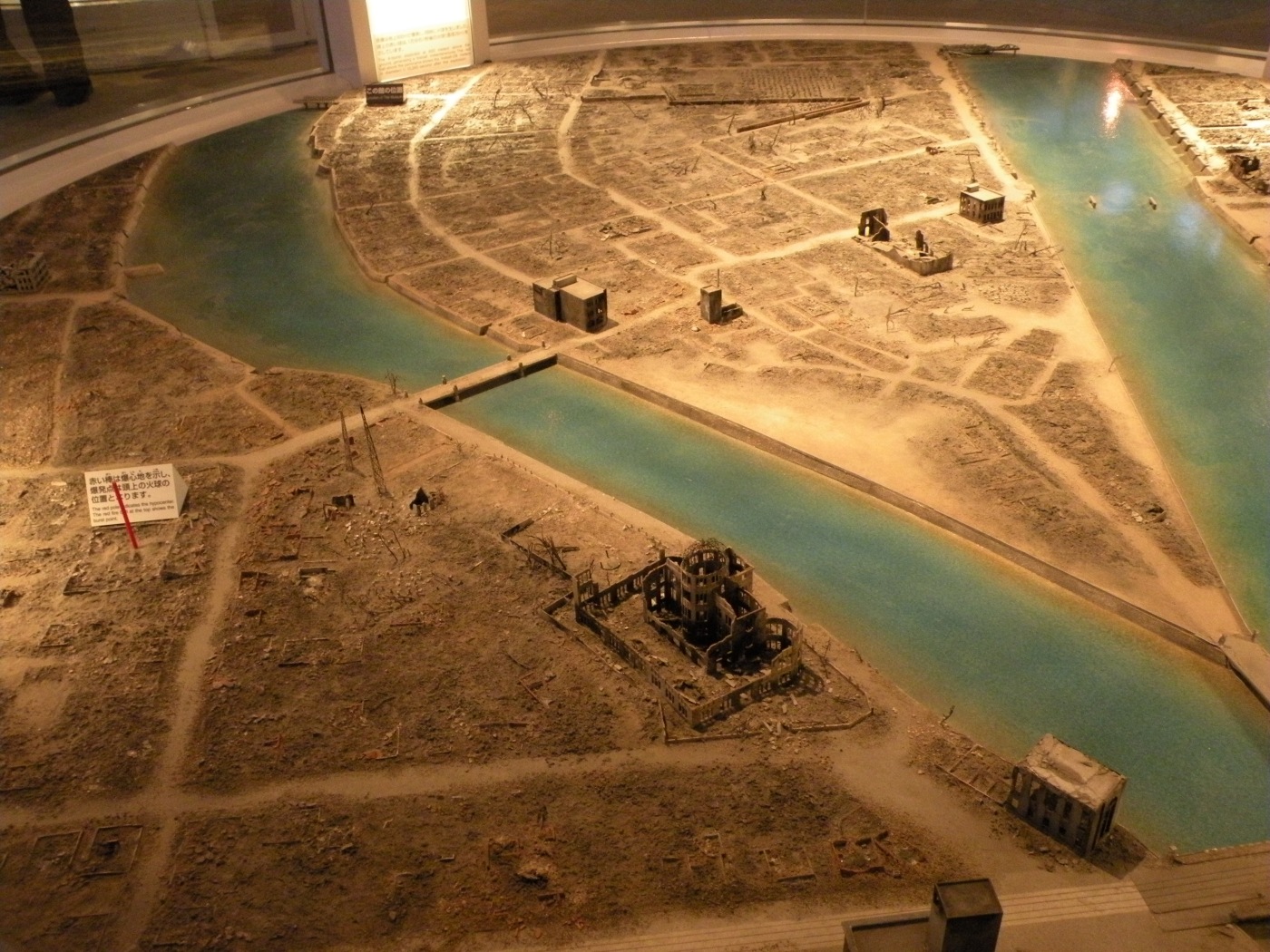 Sixty-seven years ago on August 6th, the city of Hiroshima, Japan, woke up to a day that seemed like any other. By 8:15am, however, the unthinkable had occurred and Hiroshima’s residents became the victims of the world’s first atomic bombing.

Whatever your beliefs on the motive behind the bombing (was it necessary? was it overkill? did it really change the course of the war?), the Hiroshima Peace Memorial Museum doesn’t try to change them. It merely sets out to present a picture of what happened to the city on that fateful day and to that end, it does an absolutely stellar job.

The practical nature of the exhibits is thorough and well-presented – you learn what led Japan on a path to war, how and why Hiroshima was chosen as a bomb site and the groups of people who were in Hiroshima on the day the bomb was dropped. And then you see the results – shadows on the steps where a human once sat, an intact lunch box with blackened rice inside, a pocket watch stopped forever at 8:15am. The piles of children’s school uniforms are perhaps the most emotional. Of the A-bombs victims, over 10,000 were middle schoolers who were on work duty in the city center that morning.

It’s a lot of information and emotion to process, but when it becomes too much, the best thing to do is wander the Peace Park. On an island in the city center – the virtual hypocenter of the blast – a now serene swathe of green covers the once-decimated quarter. Monuments to the victims dot the tree-lined paths. Leukemia victim Sadako Sasaki’s statue, with its surrounding thousands of colorful cranes, beckons you closer to read the messages of peace amongst the origami. Nearby, the flame of Peace flickers brightly, to be extinguished only when the last nuclear weapon has been destroyed. And at the far end of the park, the skeleton of the A-bomb dome, formerly known as the Industrial Promotion Hall, keeps silent watch over the scene.

Hiroshima is a loaded word. You can’t say it or hear it without calling forth some image of what happened here on August 6th, 1945. It’s a subject we sort of tiptoe around with our Japanese friends and acquaintances. Yet while Hiroshima could have harbored bitter resentment in her post-bomb years, what greeted me on my last trip instead was a city intent on leading the way down the path to peace and a world free of nuclear weapons. This city may not have the cultural clout of Kyoto or Tokyo, but it’s worth checking out on a week-long or two-week trip to Japan.

The Hiroshima Peace Site has loads of information on the museum itself as well as the park.