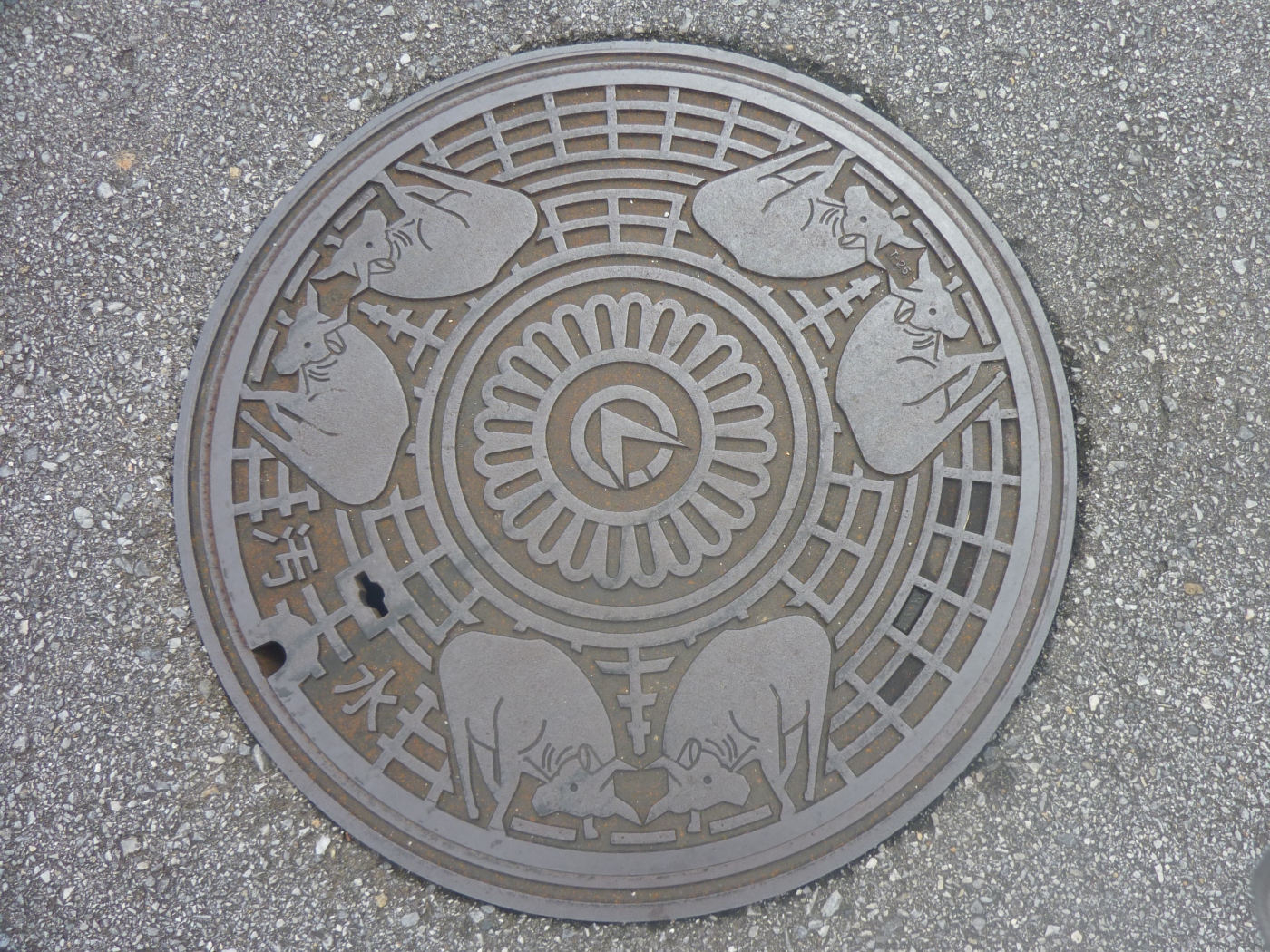 This post is part of a series on artistic manhole covers around Japan.

It’s a time of great change in my household this week. After three years of subtropical living in Okinawa, Japan’s southermost prefecture, the movers are coming to pack up the house and spirit away our life to Kumamoto, in Kyushu.

The city where I lived in Okinawa, Uruma City, was known for basically one thing – bull fighting. Every morning I was reminded of this fact as I stepped over the following manhole cover on my way to the car:

That’s right. Bullfighting in Japan is a bit different from its flashier, gorier Spanish cousin. Here, the bulls go head to head with each other and it’s the rare animal that gets a horn to the hide. Most matches end rather anticlimatically, with a panel of judges deciding the victor.

The arena in Uruma still remains, but no fights are held there any longer. Instead, we have to trek up the road to Ishikawa City and the newer ferro-concrete structure. But the manhole covers will always remind me of Uruma’s history, and my ties to this island community.