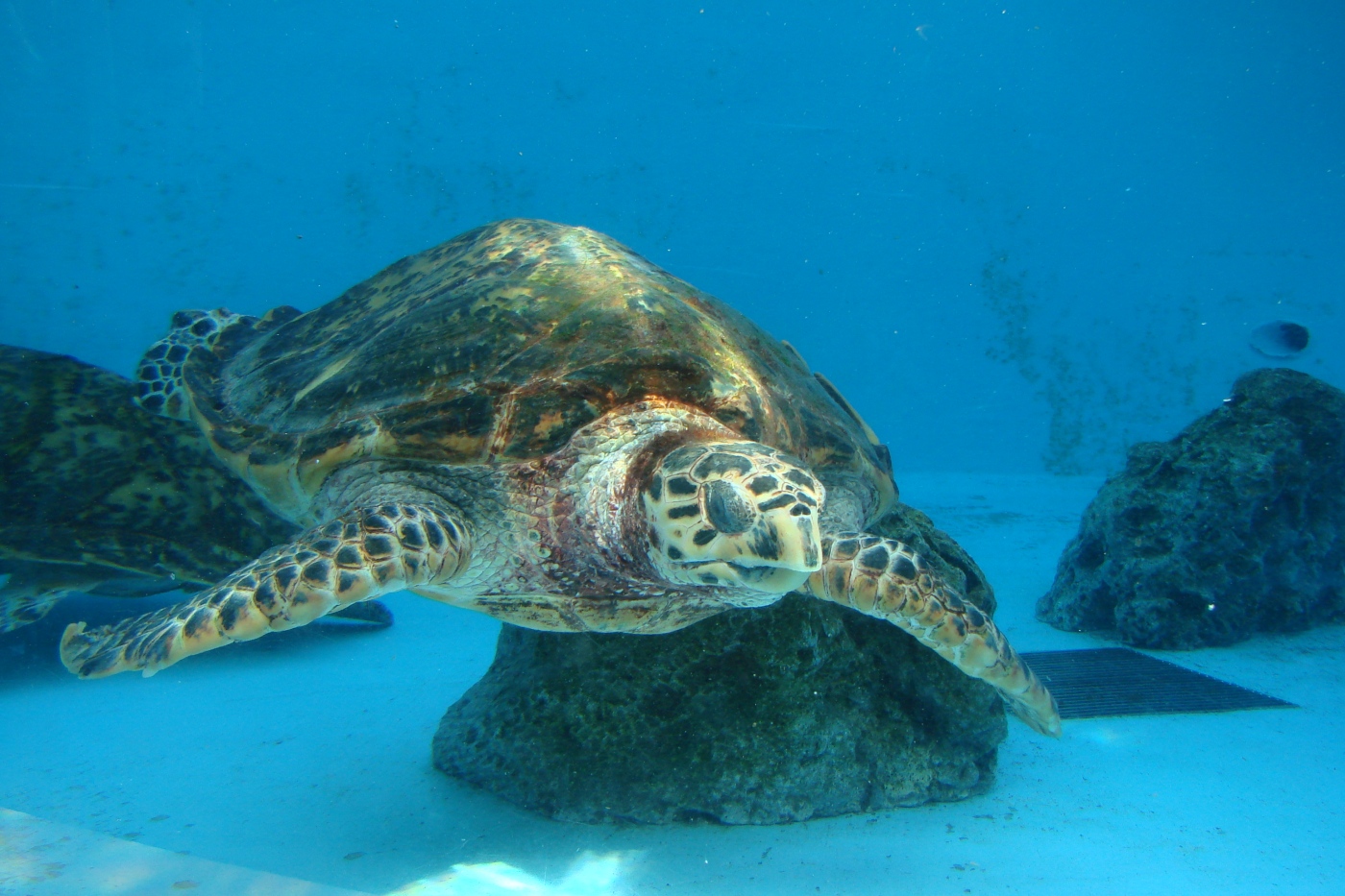 Today, Japan is celebrating Umi no Hi (Marine Day) so what better way to mark the occasion than a post on one of the country’s greatest aquatic sights?

Japan has a dearth of aquariums, including a new and highly controversial one in Kyoto. Perhaps I’m biased but the one that really takes the cake is Okinawa’s Churaumi Aquarium.

Churaumi in the Okinawa dialect means “beautiful sea” and that’s exactly what you can see from the building’s entrance. Built on the edge of the Motobu Peninsula on the northern part of Okinawa, the aquarium has sweeping views of the East China Sea. Inside, however, is where you really get an idea of the world out there under the waves.

The exhibit opens simply enough, with a touchpool of various marine residents. From there, a ramp wraps slowly down around large tanks of various fish, eels, sharks and the occasional turtle. The path lets out in an exhibit on corals – Okinawa is ringed with reefs (called Inoo in Okinawan) and over 70 species of coral are on display throughout the aquarium.

A darkened hallway with everything from sea worms to starfish leads to the crowning accomplishment of the aquarium – a massive 7,500 TON tank called the Kuroshio Sea Tank. Your eyes will immediately be drawn to the three whale sharks circling lazily inside. Churaumi Aquarium was the first of its kind in the world to successfully keep whale sharks in captivity and they are attempting to be the first to successfully breed them. These giants might dwarf the manta rays that also live in the tank but they’re just as important. Rays born at the aquarium are actually reared in sea pens and only moved to the Kuroshio tank when they’ve reached a certain age. This unique breeding program has also propelled Churaumi to the top of the field.

After the Kuroshio Tank, the rest of the aquarium always seems to pass in a blur for me. There’s an exhibit on deep sea dwellers and the obligatory gift shop, and then you exit on the lower level. It’s worth walking the path just above the ocean over to the dolphin show. The aquarium seats (thankfully all covered from the glaring sun) face directly at the East China Sea so even if the antics of the dolphins don’t captivate you (and actually, the show is pretty good and free as well), the views more than make up for it.

Admission: Regular adult admission is ¥1800, if you go after 4pm, admission is discounted to ¥1260. It only takes about an hour to 90 minutes to go through the aquarium, so this is a great, affordable option.