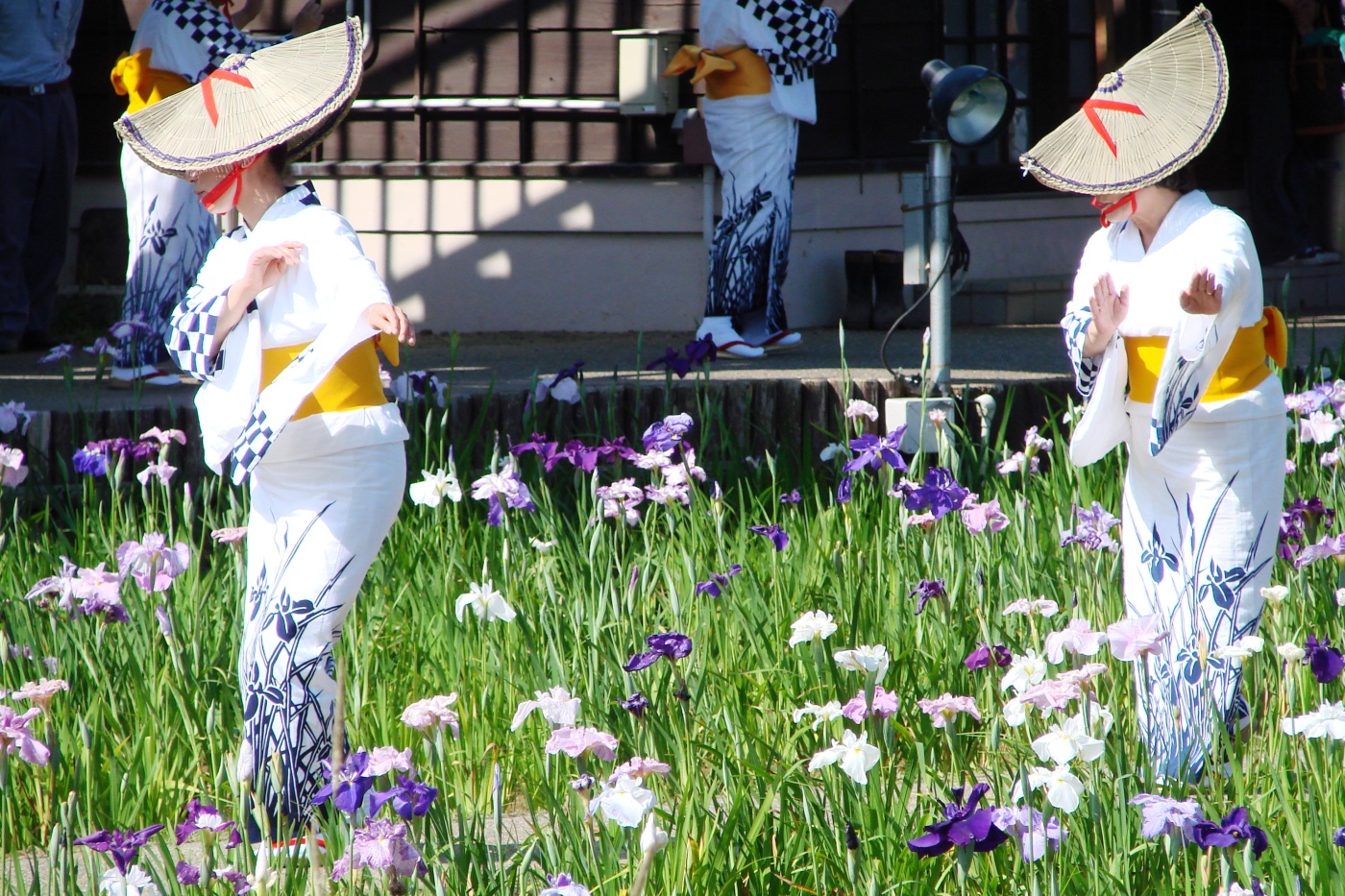 For most of Japan, June is the rainy season. But with the seasonal showers come the indigo blooms of irises. My favorite color being purple, I’m rather partial to these delicate flowers. There are plenty of places around Japan where one can catch a glimpse of irises in bloom but one of the best I know of is in the town of Itako, a 2 hour train ride east of Tokyo.

Over 10,000 irises of 500 different varieties blanket the riverbanks a short walk from the Itako train station. You’ll find the standard dark purple blooms, but also hybrids of white, light purple and yellow.  There are paths that weave through the flower plots but one of the best viewing spots is from the arched bridges that span the city’s river, the Maekawa.

The bridge is also the perfect vantage point to view thesappa-bune, or marriage boat. Until the land reclamation projects of teh 1950s, the region around Itako was connected by a series of canals. Women who were headed to their groom’s house to be married were often transported by boat on these small waterways. During the festival, this scene is recreated several times a day for the tourists’ benefit, but it’s a beautiful sight to witness nonetheless. Either pick your place along the riverbank early or stake out a prime viewing spot on the bridges, as I suggested – this allows you to shoot photos from above of the bride and her escort as they float past.

You can take your own boat ride along the Maekawa, though be warned that on the weekends, the lines for this privilege can be lengthy. You can also catch performances of the Ayame Odori (the iris dance), performed by women in iris-patterned yukata (summer kimono) on the paths amongst the blooms.

This festival is a great one for flower lovers, but also for those who like to get off the beaten track. When I went, I only saw one or two other foreigners. Most of the advertising for the event is done in Japanese, and the distance from the city tends to keep the tourist crowds away. But it’s a unique chance to take an uncommon day trip and enjoy the ambience of the season before the summer temperatures soar.